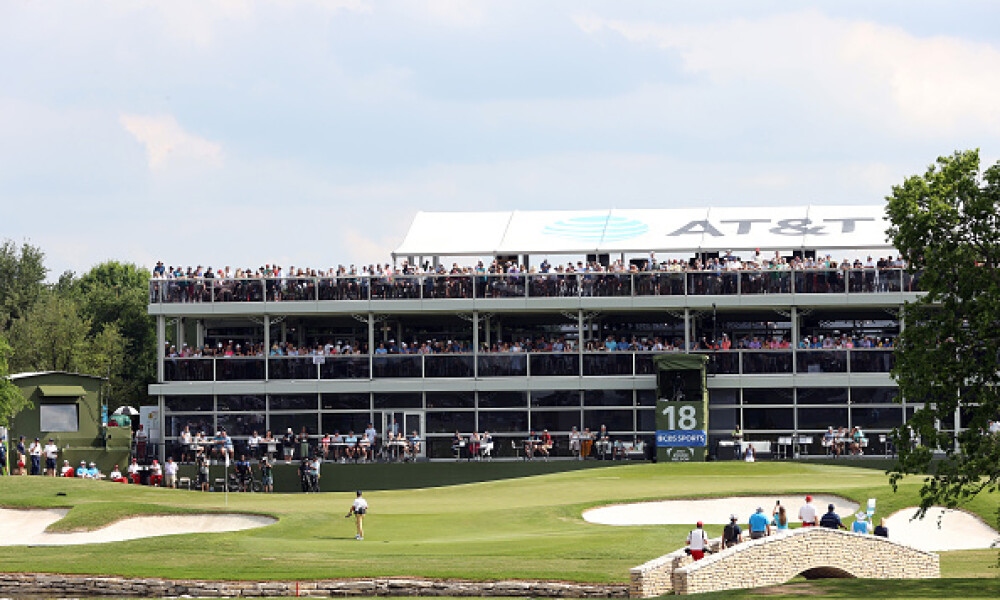 The 2022 PGA Tour continues in North Dallas this week at TPC Craig Ranch in McKinney, Texas with the AT&T Byron Nelson tournament. This event tends to serve as a tune up for many PGA golfers as they prepare for next week’s PGA Championship at Southern Hills Country Club in Tulsa, Oklahoma, but the AT&T Byron Nelson leaderboard is still packed with plenty of names you need to know when making your PGA DFS lineups. K.H. Lee is the defending champion and he will look to hold off a field of some of the top golfers, including current 2022 FedEx Cup standings leader and 2022 Masters Champion, Scottie Scheffler.

Which PGA Golfers Will Be Atop the AT&T Byron Nelson Leaderboard?

In addition to Lee, the defending champ, and Scheffler, the AT&T Byron Nelson will feature a number of the top PGA golfers. Texas native Jordan Spieth, who have never won this tournament will be in the field, along with top golfers like Justin Thomas, Xander Schauffele and Dustin Johnson (fresh off his wedding to Paulina Gretzky). PGA DFS could still be a bit risky this week. The field is pretty good, that’s for sure. But when I started looking at PGA fantasy golf picks this week, I had to keep in mind there’s still the possibility some players could drop out come Thursday if they’re dealing with mild injuries that simply need rest before the PGA Championship. So, while this is a tune-up for the more recognizable players, we’re not entirely free from having someone drop out after roster lock.

What is the AT&T Byron Nelson course where this tournament is being played?

Welcome to the TPC Craig Ranch in McKinney, Texas. This is a Par 72 sitting at 7,468 yards with Zoysia fairways and Bentgrass greens. There is a creek that also crosses the course about 14 times so strangely enough water can come into play, but not terribly. It should also be noted course history won’t be as readily available with the exception of a few players this week. It’s a relatively new course on the PGA Tour although it was featured on the Korn Ferry Tour a few years back. TPC Craig Ranch didn’t land on the PGA Tour’s schedule until 2021 when this tournament was moved from Trinity Forest Golf Club.

What will the AT&T Byron Nelson weather be like?

The weather is shaping up to allow this tournament to be clear of harsh conditions. Will it be hot and humid? Yeah, it’s May and it’s Texas. But it will be partly cloudy for most of the weekend with very little chance of rain. Winds won’t be too terrible, but I’ll post any updates to the weather in the PGA DFS Playbook on Wednesday if necessary.

What is the AT&T Byron Nelson TV schedule?

PGA Tour Live is a great feature available on ESPN+ but there are also other avenues available. Thursday and Friday’s coverage will be available on the Golf Channel, but on the weekend, it’ll switch over to CBS from 3:00-6:00pm ET. A full list of AT&T Byron Nelson tee times will be made available shortly before the tournament begins Thursday morning.

Where can I find AT&T Byron Nelson expert picks for PGA DFS?

A full PGA DFS Playbook will be available on DFSAlarm.com Wednesday morning. We will also have a full run of PGA DFS example lineups as well. To help you with DFS lineup construction, we also have our usual tools, including our PGA DFS Lineup Generator and a full run of PGA DFS projections. My DFS approach this week is to play relatively light, but target my focus on smaller tournaments to get more lineups in. I’m usually a one lineup per week kind of guy, but since I’m helping with the DFS coverage while Drew Phelps is on vacation, I’ll look to get more action on DraftKings, FanDuel and Yahoo Fantasy. But still, I want to leave plenty of bankroll for next week’s PGA Championship in the event I fall victim to withdrawals and poor play.