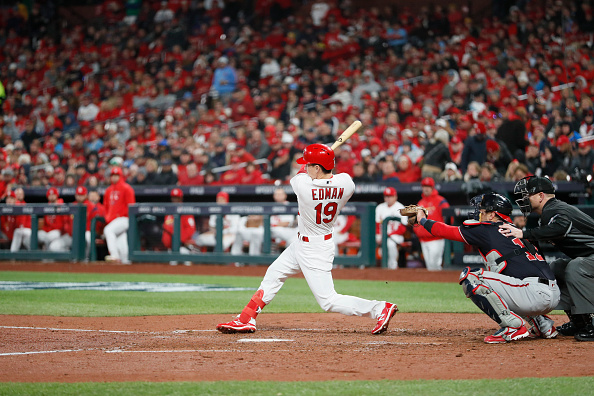 The third base position is rather deep this year, and there’s a lot of enticing options, headlined by Nolan Arenado and Alex Bregman . The guys that come after these two are enticing as well, notably Cleveland’s José Ramírez , Toronto’s Vladimir Guerrero Jr., and San Diego’s Manny Machado . Each week, we will take a dive into this position in particular and figure out what to do with the position, whether it’s examining producers at different categories, overvalued players, undervalued players, etc.

For the third installment, let’s talk about finding some stolen bases at a position that lacks top tier speed. Outside of José Ramírez , there are few locks for double-digit stolen bases. The few guys that do provide any sort of speed are going in the early rounds of the draft. Per Steamer projections, there are just three players projected to steal more than 10 bases this season, but depending on your league settings, you can get some guys with third base eligibility, as well as another position or two, that can give you some speed at a position that packs more offensive power than base stealing prowess.

First and foremost, Berti offers what is considered to be elite speed at the position. He also gives you some additional flexibility with eligibility with at least one, if not two other positions based on your league’s rules. Berti carries a lengthy track record of speed, including stealing 56 bases in A+ back in 2013, 40 bases in Double-A in 2014 and 20+ stolen bases at Double-A or Triple-A in 2016, 2017 and 2018. In just 73 games with the Marlins last year, he went 17-for-20 on the base paths, which is solid I must say.

Furthermore, he attempted to steal a base every 3.65 games. If he qualified, he would have been one of just a couple of players to attempt a stolen base in every four games or less. Here is that exclusive list from 2019 (qualified players):

That’s very intriguing here in 2020, especially since he has the ability to hit for an average that won’t kill you! He’s very cheap, offers multi-positional eligibility and all things considered, he’s elite at one of his positions in the speed category. Love that.

Much like Berti, Kingery gives you the ability to slot him in a few different spots in your lineup. Kingery can also flat out fly. He swiped 15 bags last year for the Phillies in 126 games, and was caught just four times. Per Baseball Savant, his sprint speed came in at the 93rd percentile and Philadelphia is going to let him run. He’s not hitting at the top of the lineup, which maybe impacts some of his counting numbers, but I am inclined to believe that not hitting in front of J.T. Realmuto , Bryce Harper and Rhys Hoskins likely allows him to run a bit more. Last year, he averaged a stolen base attempt every 6.6 games, and if he qualified, that would have put him inside the top 25 overall last year.

Popular projection systems like THE BAT, ATC, Steamer and ZiPS have him coming in at 15, 18, 14 and 16 stolen bases respectively. That’s a good floor for Kingery. In 2018, he stole 10 bags, and last year, that number jumped to 15. Can he get to 20 this year? Absolutely. I can guarantee you there are many fantasy owners banking on a jump in stolen bases from Kingery.

If you’re asking me, Kingery’s ceiling this year is 25 stolen bases, but a more realistic outcome is a total in the 18-22 range.

Edman was an exceptional 15-for-16 on the base paths last year. Those 15 stolen bases in 92 games give him an attempt every 5.75 games, which have placed him just outside of the top 20 last year (amongst qualified players). Is the speed legit? It definitely is. His sprint speed last year ranked in the 97th percentile, so the boy is fleet afoot, and no one is denying that.

Edman does a little bit across the board, but amongst the three players on the list, he’s the one I’m concerned about the most. Popular projection totals have him anywhere from 118-138 games, but it may take an injury or two for Edman to get that many starts. RotoChamp has him projected to be one of the team’s starting outfielders, but you never know what the Cardinals are going to do. Will Dylan Carlson get a chance over him? What about Tyler O’Neill?

I’d be much more confident if the team just moved on from Dexter Fowler , but for at least the first month or two, he’ll likely be a stalwart in the team’s lineup. If it were up to me, Edman would be in the lineup every day, with Carlson or O’Neill, and Fowler would be long gone, but money talks.

Edman costs the prettiest penny amongst the three guys here, and admittedly, I’m more excited about the other two on this list.