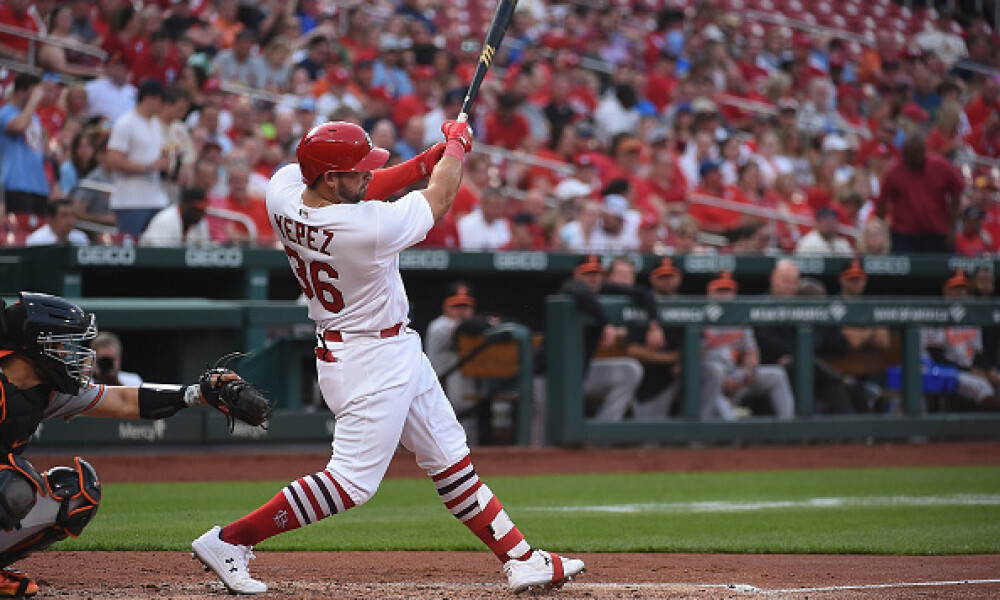 Every Saturday from now until the end of the Major League Baseball season, we are going to dive into some notable current hit streaks and trends of some of the biggest stars and possible free-agent pickups in fantasy baseball. Some of the names that occupy the leaderboard were nowhere near the top of many fantasy baseball rankings this preseason, but hey, that’s the humbling nature of America’s pastime. Some of the players below may still be available on your fantasy baseball waiver wire, meaning you should be sprinting to add these guys to your roster if available.

The Pittsburgh Pirates may not exactly be the best team in Major League Baseball, but Ben Gamel is seeing the ball well of late. Over the last week, he’s hitting .375 with a 1.054 OPS, and has two home runs, five RBI and five runs scored in that span. He can swipe a bag or two when needed, and the arrival of O’Neil Cruz should only help this Pittsburgh lineup. Gamel is by no means a league winner, but he’s swinging a hot bat and he’s hit safely in all but two games here in the month of May.

His .258 average over the last week may not jump off the page, but Colin Moran is seeing the ball to say the least. He’s homered four times in his last eight games, good for a .677 slugging percentage in that span. The seven strikeouts aren’t ideal, but his power has been on full display for the Reds of late, and while the power supply is high, he should be rostered in most formats, especially deeper formats. Rostering Moran may take a bit of managerial savviness, however, as he’s hitting just .182 away from his home park,

We have to include Juan Yepez right? Of course! All the youngin' has done is hit .348 with a .423 OBP over his last six games and it would behoove St. Louis to keep his bat in the lineup as much as possible. The indication is that he’s going to get plenty of run for the foreseeable future, and that should only mean good things for fantasy baseball managers. He’s outperforming expectations at the moment, and there’s likely to be some growing pains, but for now, enjoy the hot streak.

Over the last week, Rowdy Tellez is hitting a measly .083 with seven strikeouts. Tellez had an impressive series against Cincinnati, but since then, the results have been underwhelming. Many of his expected statistics are still jumping off the chart, as his 97th percent barrel rate, but it seems that he’s coming back to Earth a bit, especially as his strikeout rate is steadily climbing. 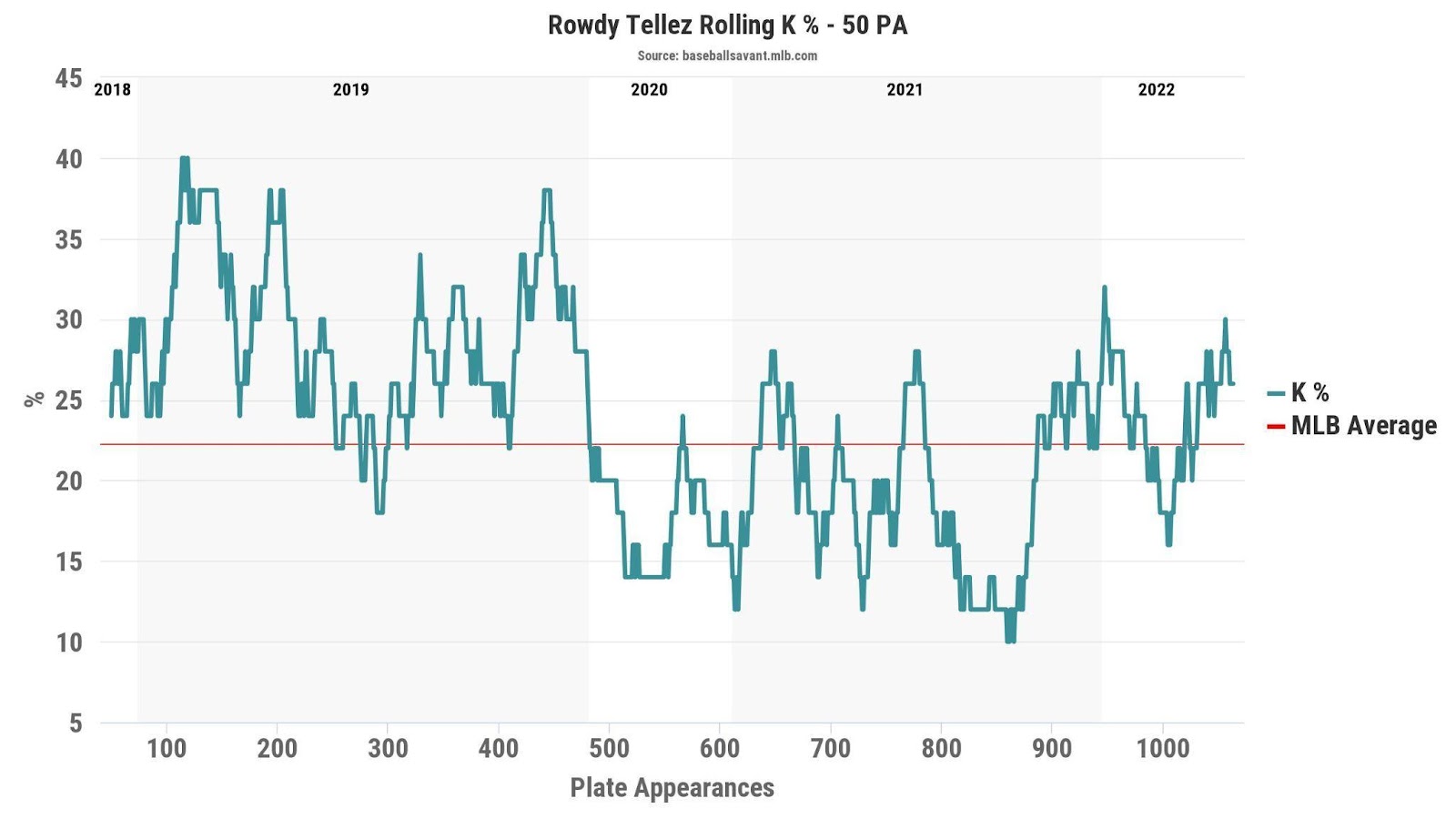 A .136 batting average with 13 strikeouts in your last 22 at-bats just isn’t going to cut it. Eugenio Suárez’s power is legitimate, and no one will deny that, but the strikeouts are a problem, and his batting average is an absolute drain for your fantasy team. In points leagues, you can stomach Suarez’s problems, especially more so if your league doesn’t devalue strikeouts. If he’s not hitting home runs, he’s not doing much else for you, and he’s struck out in 18 straight contests.

Tommy Edman is in a bit of a slump at the moment, but at least he has two stolen bases over the last week to give fantasy baseball managers some boost to the overall stat line. His batted ball profile will be forever underwhelming, but the speed is legitimate, and he’s locked into regular playing time in this lineup. His fantasy value is at its highest when he’s hitting at the top of the lineup, but his OBP of .185 over the last week might give the Cardinals something to think about moving forward.