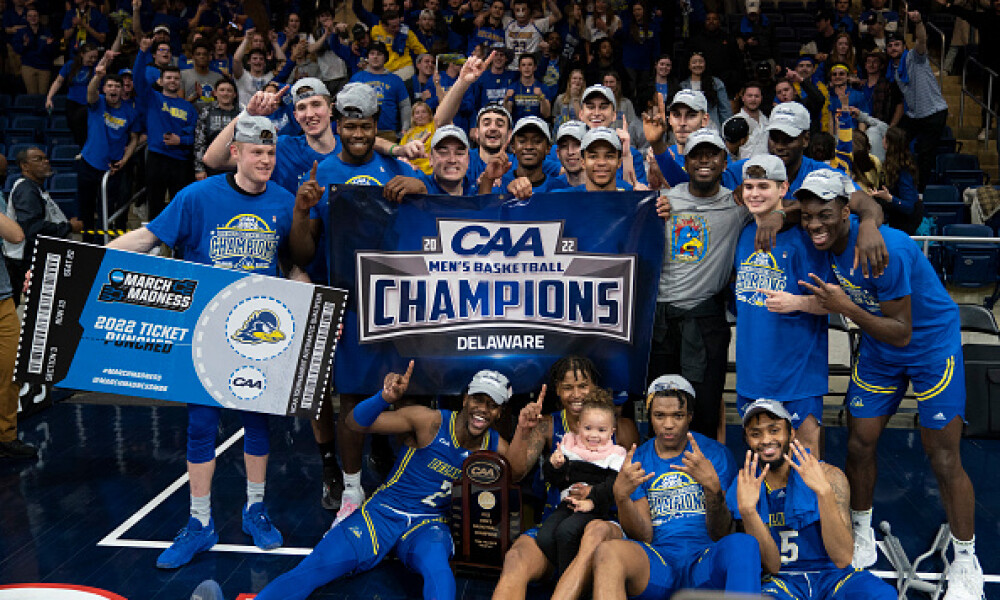 For the first time in eight years, Delaware is back in the NCAA Tournament after it took down some of the CAA’s top teams in the conference tournament to earn an automatic berth. Jameer Nelson Jr. is the Blue Hens’ top scorer and offensive playmaker. Not to make you feel old but, yes, that’s the son of the former Saint Joseph’s star. Well, Nelson clearly has his dad’s genes because he has Delaware into the Big Dance. Don’t expect much, though, because the Blue Hens didn’t have much non-conference competition this year and lost by 22 points in their toughest game (vs. Davidson). A first-round test vs. Villanova is a tough draw.

Georgia State once had a 6-9 record back in January and looked like a non-contender in the Sun Belt conference. Since then, the Panthers have won 12 of the last 13 games and enter the NCAA Tournament as one of the hottest teams in the country after winning the league title game. Senior Kane Williams played a key role for Georgia State in 2019, the last time it was in the Big Dance, and he’s headlining the Panthers this time around. However, their below-average offense and 344th-ranked effective field-goal percentage might be a small issue in the first round against Gonzaga.

Ten years ago, Norfolk State busted brackets everywhere when it upset No. 2 seed Missouri in the first round. Now, the Spartans are back in the NCAA Tournament for the second straight season after losing to Gonzaga last year following a First Four victory. Though last year's March Madness experience certainly helps, expecting a No. 16 seed to pull an upset is a bit futile – though it's not impossible (thanks, UMBC!)

Back in the Tournament for the first time since 2011, New Jersey-based Saint Peter’s is here representing the Metro Atlantic Athletic Conference. The Peacocks’ first-round matchup vs. Kentucky is surely a tough challenge, but we can bank on one thing. They’ll make the Wildcats earn the win through a tenacious defense that's actually ranked 34th nationally in efficiency. The offense, though, is 259th – so it could be long game for Saint Peter's.

Montana State is back in the NCAA Tournament for the first time since 1996. As both regular-season and conference tournament champs of the Big Sky, the Bobcats now get a scary first-round matchup vs. Texas Tech's elite-level defense. It's a great story for a program with such a long Tournament drought, but pulling a first-round upset is a tough ask – especially since Montana State failed to play any top-50 teams this season.

Cal State Fullerton had the fifth-longest odds to win the Big West Tournament, but it proved everyone wrong to get this auto bid. Senior big man EJ Anosike is the Titans' best player, but he's a 6-foot-7 center who may have trouble with Duke's dominant frontcourt duo of Paolo Banchero and Mark Williams. Anything is possible, but it's hard to see Coach K going out in the first round of his last NCAA Tournament. It would be hilarious, though.