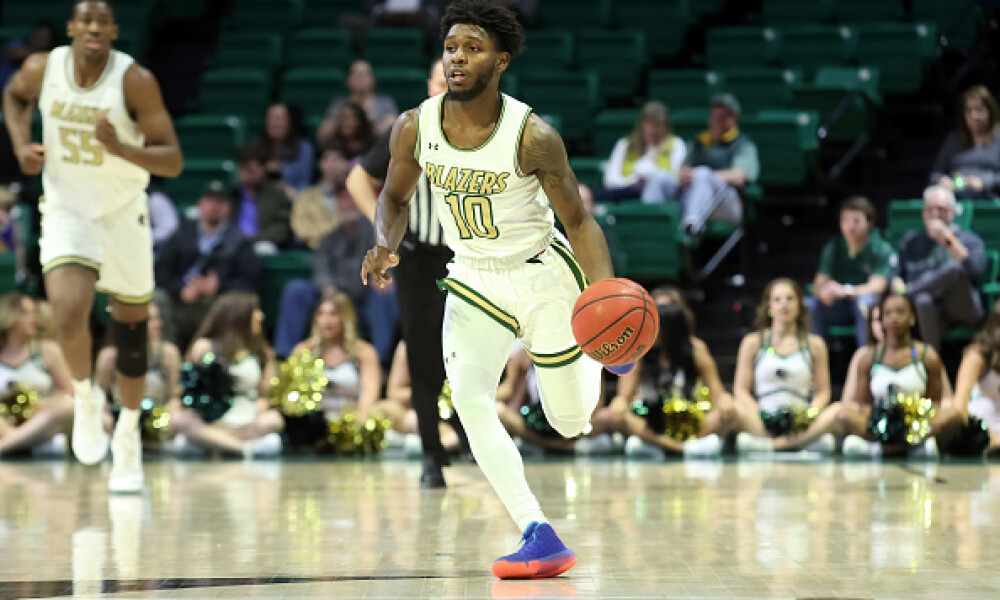 If you read the biggest busts section, we laid out the case for Houston losing early. Well, the Cougars' first-round opponent is a strong UAB squad that won't go quietly. The Blazers boast a top-30 offense and quick-pace that usually forces to keep up scoring-wise. They're led by shifty point guard Jordan Walker, who spent time at Seton Hall and Tulane in his collegiate career. He actually has experience playing against Houston the previous two years while at Tulane in the AAC – so we know he won't be scared off.

Head coach Andy Kennedy spent a decade at Ole Miss and that experience coaching in the SEC will come in handy as well. Also, the last time UAB was in the Big Dance it pulled a first-round upset over Iowa State as a No. 14 seed in 2015. Just some food for thought.

South Dakota State comes in red-hot after going undefeated during conference play and 21 straight wins dating back to mid-December. The Jackrabbits will be a dangerous double-digit seed to face in the first-round for Providence. They rank first in the country in both three-point percentage (44.2%) and effective field-goal rate (59.7%) with the 11th-best offensive efficiency (per KenPom). The high-scoring offense and uptempo style form the ideal recipe to pull off an upset in the Big Dance – especially against a slower-paced Friars team that could struggle to keep up.

Vermont won its third America East championship in the last four years to make yet another NCAA Tournament. The Catamounts went 17-1 during conference play this season and then proceeded to win each of their league tournament games by 30+ points. They’re one of the hottest teams in the country with just one loss since early December and will be a tough out for Arkansas in the first round.

Remember, Vermont gave Florida State a scare in the opening weekend of the 2019 bracket and shouldn’t be taken lightly as one of the better small-conference programs out there. The Catamounts start five seniors, with a sixth coming off the bench, and boast a top-50 offensive efficiency in the country – which is saying something for a double-digit seed. If you like Yale as an upset candidate, Vermont beat that team back in November.

Colgate has now made three straight NCAA Tournaments as an emerging Patriot League powerhouse. The Raiders have won 19 of their last 20 games and could give Wisconsin a scare in the first round. The New York-based program boasts a dangerous offensive style featuring a ton of three-pointers. Colgate’s 40.1% three-point rate is the second-best mark in the country and its 55.9% effective field-goal rate is 10th-best in all of college basketball. The Raiders gave Arkansas a good scare last year in the first round, leading by 14 points at one point before ultimately falling short. If Wisconsin struggles to keep up offensively, an upset could be in the cards for the toothpaste-makers (sorry, I had to).

After besting Furman in overtime in the Southern Conference title game, Chattanooga gets its first NCAA Tournament berth since 2016. The Mocs are headlined by dynamic guard Malachi Smith, who averaged 20.1 PPG this season, and feature former Kansas transfer Silvio De Sousa. They could catch Illinois off-guard in the first round with a top-60 offensive efficiency in the country and above-average defense. The lack of competition this season is a slight worry, as Chattanooga only played one team from a higher-tier conference – though it was a win on the road at VCU. Behind Smith's play, the Mocs will try to serve Illinois a second straight early exit from the bracket.