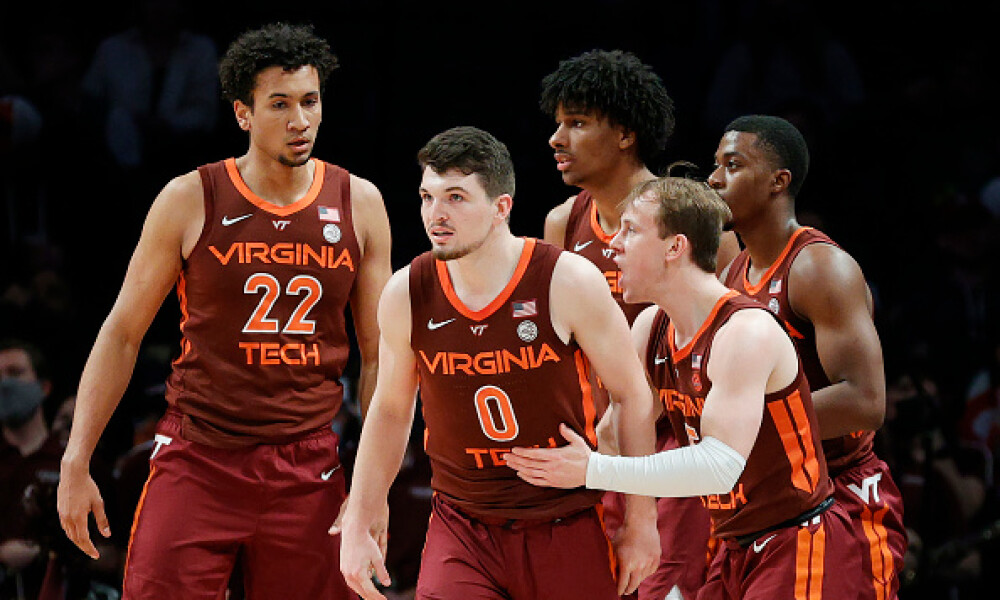 Virginia Tech likely would've been on the outside looking in to the NCAA Tournament if not for a surprising postseason run. After beating Notre Dame, North Carolina and Duke in consecutive days, the Hokies are the ACC Tournament champs and thus get an auto bid into the bracket. The double-digit title win vs. Duke was especially impressive. Virginia Tech is now 13-2 in its last 15 games and could carry the hot streak over into this first-round matchup vs. a vulnerable Texas team. Plus, remember that the Hokies nearly upset Florida in the first round last year before ultimately falling in overtime.

Despite having the sixth-best record in the Atlantic 10 this year, Richmond made a run in the conference tournament to earn the auto bid. The Spiders beat VCU, Dayton and Davidson in consecutive days and are riding high. Senior point guard Jacob Gilyard is the NCAA's all-time leader in steals, but he can also get it done offensively while running the show. A matchup vs. Iowa is certainly tough for a Richmond team that prefers to play in lower-scoring games, though. If the Spiders can force some turnovers and take advantage of the Hawkeyes' subpar defense, anything can happen!

Imagine this scenario real quick. You're on Yale's college basketball team and you nearly pull off a first-round upset over LSU as a No. 14 seed in the NCAA Tournament. Your Yale squad is then the best Ivy League team the following season, but there's no March Madness due to the COVID pandemic. Then, your entire next season is canceled due to COVID concerns again. Now, three years later, you're a senior and Yale is back in the NCAA Tournament as Ivy League champs. That's basically what seniors Azar Swain and Jalen Gabbidon have lived since they were on Yale's 2019 team – and now they get a shot to prove everyone wrong and beat Purdue. Sounds like a movie script to me.

Two years ago, Akron had the best record in the MAC and looked like a strong contender to head to the Big Dance. Well, COVID intervened there and the Zips never got the opportunity. In 2022, Akron took care of business in the conference tournament as they defeated two of the MAC's best teams (Toledo and Kent State) to earn an auto bid. It's their first March Madness appearance since 2013 and it's good to see them back. This first-round matchup vs. UCLA sure is daunting, but it's interesting that a MAC team has won in the first round in three straight NCAA Tournaments. Could Akron make it four in a row?

Despite losing in the conference tournament semifinals, Jacksonville State earned the Atlantic Sun’s automatic bid into the bracket due to league champ Bellarmine being ineligible for the NCAA Tournament. It’s definitely an awkward way to get into the Big Dance, but the Alabama-based program likely isn’t complaining. The Gamecocks had the A-Sun’s best regular season record and feature an offense that lives and dies from three-point range. They have the country’s 13th-best three-point rate this season (38.2%) and will try to shoot their way to wins. It almost worked against Alabama earlier this season, when Jacksonville State lost by just six points on the road to the Crimson Tide. An upset over Auburn isn't totally impossible.