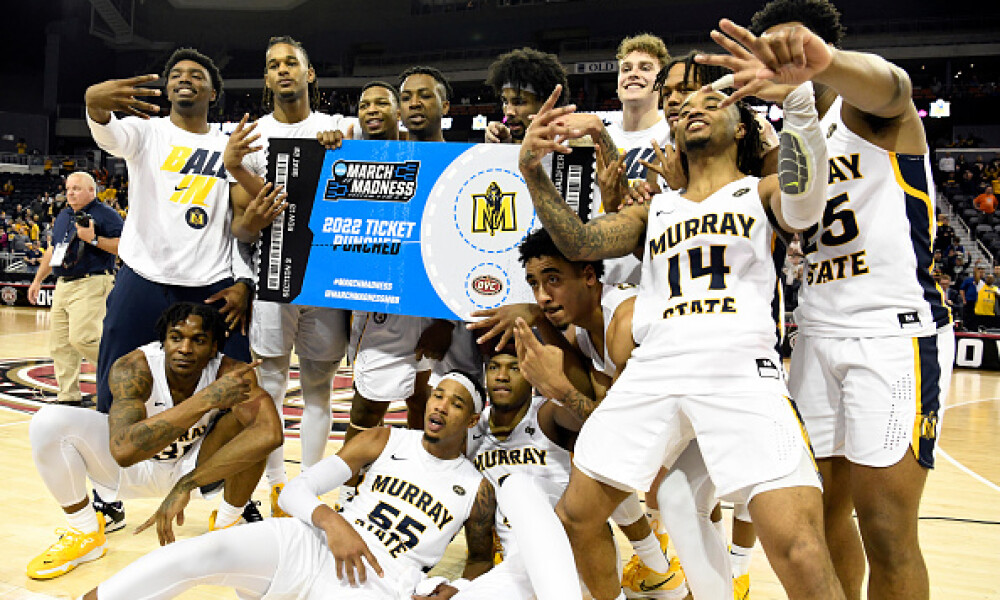 March Madness is here and the NCAA Tournament is fast approaching! Selection Sunday is only a few days away and we’ll be filling out brackets before you know it. Before we get to the Final Four in New Orleans, though, we have all the first-round matchups to focus on.

With college basketball conference tournaments going on across the country, NCAA tournament tickets are being punched left and right. Let’s now take a deep dive into some of the smaller-school, mid-major teams you need to know. Could one of these pull off an early upset and bust brackets?

If you missed it, check out the breakdown of college basketball's top contenders, the biggest upset candidates, and the darkhorse teams to watch. Plus, an in-depth March Madness cheat sheet will be available to download the Monday right after Selection Sunday. It’ll include full breakdowns of all 68 teams officially in the bracket.

The records, rankings, stats, odds, and projected seeds are all as of March 11th. Also, the odds to win are via DraftKings Sportsbook at the time of publishing.

By now, you’ve probably heard about Murray State. After going undefeated in the Ohio Valley in the regular season, the Racers rolled through the conference tournament and now haven’t lost since December. You may remember this team from a few years ago when Ja Morant anchored a first-round upset over Marquette. Seniors Tevin Brown and KJ Williams were on that 2019 squad and are now Murray State’s best players in 2022. The Racers were good enough this year to make the bracket as an at-large team, and they can easily win a couple of games depending on its seed and opening-round matchup.

Despite not winning the West Coast Conference title, Saint Mary’s is still a lock for the NCAA Tournament field as a legit at-large team this season. Like Gonzaga from the WCC, the Gaels are more than just a “mid-major” program and completely capable of beating anyone in the country. They boast an elite-level defense, ranking ninth nationally in defensive efficiency this season, while routinely holding teams to 60 points or fewer. In fact, Saint Mary’s gave up just 57 points to Gonzaga in its regular-season finale victory. The suffocating defense will present a tough matchup for any first-round opponent and beyond, especially with senior guard Tommy Kuhse getting hot offensively in the past month.

Loyola Chicago and Sister Jean have now become March Madness staples and, thankfully, we get them back in the bracket this year. The Ramblers made noise last season with a couple of wins in the NCAA Tournament and could very well do the same this time around. Despite having a new head coach and losing their best player from 2021, this squad will still be a tough first-round matchup for any power-conference team overlooking it. The Ramblers boast a top-25 defensive efficiency in the country and will try to grind out wins. Senior Lucas Williamson is the lone remaining player from Loyola Chicago’s 2018 Final Four run, and that proven big-game experience can’t be ignored in this year’s Tournament. Also, how can you not love Sister Jean still bringing her magic to March Madness?!

South Dakota State comes in red-hot after going undefeated during conference play with 21 straight wins dating back to mid-December. The Jackrabbits will be a dangerous double-digit seed to face in the first round for any unsuspecting power conference program. They rank first in the country in both three-point percentage (44.2%) and effective field-goal rate (59.7%) with the 11th-best offensive efficiency (per KenPom). The high-scoring offense and uptempo style form the ideal recipe to pull off an upset in the Big Dance.

After besting Furman with a buzzer-beater in overtime in the Southern Conference title game, Chattanooga gets its first NCAA Tournament berth since 2016. The Mocs are headlined by dynamic guard Malachi Smith, who averaged 20.1 PPG this season, and feature former Kansas transfer Silvio De Sousa. They could catch a team off-guard in the first round with a top-60 offensive efficiency in the country and above-average defense. The lack of competition this season is a slight worry, as Chattanooga only played one team from a higher-tier conference – though it was a win on the road at VCU.

Colgate has now made three straight NCAA Tournaments as an emerging Patriot League powerhouse. The Raiders have won 19 of their last 20 games and will be a scary first-round opponent for any top-seeded team. The New York-based program boasts a dangerous offensive style featuring a ton of three-pointers. Colgate’s 40.1% three-point rate is the second-best mark in the country and its 55.9% effective field-goal rate is the 10th in all of college basketball. The Raiders gave Arkansas a good scare last year in the first round, leading by 14 points at one point before ultimately falling short.

Longwood earned its first-ever NCAA Tournament appearance after going 15-1 in conference play and dismantling Winthrop in the Big South title game. The Lancers rank eighth in the nation in three-point percentage (38.6%), which could make a team sweat in the first-round. ACC fans may remember Isaiah Wilkins, formerly of Wake Forest and Virginia Tech. If Longwood gets hot from the perimeter and Wilkins is making an impact on both ends, don’t be surprised if they bust some brackets.