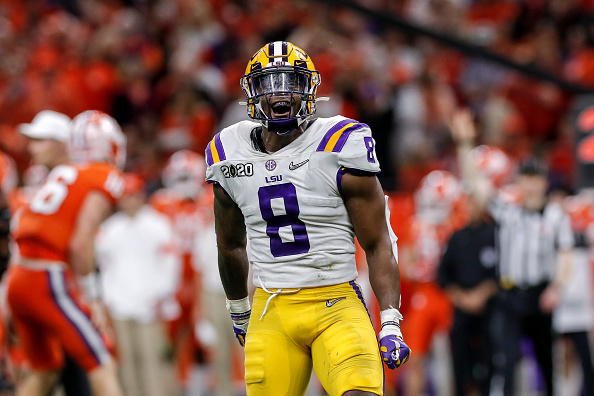 Was that not an interesting draft process to experience? The commissioner running things from his basement, owners, general managers and head coaches showing off their homes and families as their selections came up. Let’s do it this way every season. Although you do have to feel for those players selected, not being able to walk across the stage in their new team’s cap and jersey, to a certain extent.

Those players that were fortunate enough to be drafted do have a rough road ahead of them, in terms of preparing for a NFL career. The usual mini-camps and rookie camps will not take place this season to prep them for the rigors of the pro game, or to work out some of the wrinkles of the system into which they are going to have to suit up and play in come the regular season. As such, rookie impact will be even more limited this season than in years past, with the lack of instruction from the coaches and other players. Even so, there are certain IDP that will have a chance to be fantasy relevant this coming season, and we will be profiling those defensive newcomers over the next several weeks, with the opening salvo consisting of several linebackers who have the potential to breakout in their first-year campaigns.

The Ravens added this linebacker out of LSU in the first round of the draft, and while he is built more like a safety than a true NFL LB, his athletic skill set and extensive range on the field will play well in the pro game. He is likely to win an every-down role out of the gate, which could easily result in a 100+ tackle rookie season. He was only a starter in his final year, but during that time, he accumulated tackles for loss (TFL) at an impressive 11% clip. In leagues that go 3 deep at LB in the fantasy starting roster, he is worthy of LB3 status in redraft leagues, and for dynasty setups, he is the top rookie to target at linebacker. 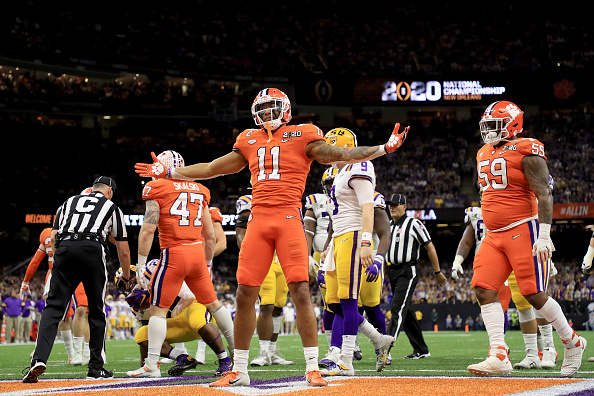 The Cardinals had to be ecstatic to select Simmons with the eighth pick in this year’s draft, getting an extraordinarily versatile hybrid defender who can play all over in the defensive scheme. It would be best for fantasy purposes if he were to earn a starting role as a LB, but look for him to be deployed at safety and slot corner and even defensive linesman. He should be an every-down IDP for the Cards, but with his shifting role, he can be projected for 80 tackles or so, but also a source for big plays as well, including single-digit interceptions (INT) and sacks. Of course, if he has multi-position eligibility in fantasy platforms, getting what is essentially a LB as a DB or DL will make him extra valuable.

The Chargers saw something that intrigued them enough to trade their 2nd and 3rd round picks in the draft to the Patriots and move up to snatch the Oklahoma LB as the 23rd overall pick. Going to a team that has employed intriguing linebacking rotations that limit the fantasy relevance of their LBs in the past is not ideal, but then again, the Chargers have rarely had a player with the skill set that Murray brings with him. He collected 257 tackles over his past two seasons for the Sooners, and has shown good speed, especially in his initial burst at the snap. If he is rewarded with significant time on the field, he could approach 100 total tackles in his rookie season.

Gay is a bit of an enigma, having seen only limited game-play during his time at Mississippi State (a 31 game career). The Chiefs were interested in his coverage skills, however, and the second-round selection does show off 4.46 40-yard time. He will be utilized for his skills at shutting down tight ends and running backs down field, and there is little doubt that the Chiefs’ opponents will have to pass a ton to offset the prolific KC offense. It will be necessary to determine his role in the Kansas City defense before deciding to add him to your active IDP roster in redraft leagues, but if you miss out on the three rookies discussed above in dynasty leagues, then Gay is worth a pick, as is…

Last on the list, but certainly not least, this 23-year old out of Wyoming has a realistic chance to become a three-down player in the depleted linebacking corps in Cincy. Starting in a strong defense on a top mid-major college squad, he put up triple digit tackles his past three seasons. He has a good instinct for where the ball is going on the field, although will need to adjust his at times overaggressive pursuit to be effective in the pros. He profiles as an inside LB, and would be a fine LB3/4 on a deeper IDP roster. 60+ tackles and a few big plays tossed in for good measure are not out of the question if he earns a starting role for the Bengals.

Over the next few weeks, we will profile other IDP rookies that have the potential to provide realistic fantasy value in redraft leagues. The players discussed in this series examining rookie IDPs should generally be targeted in your dynasty IDP leagues, though, as they will provide value going forward as they develop into NFL veterans (barring injury).