Ivar G. Anderson breaks down the best late-round starting pitcher targets to fill out the rest of your fantasy baseball rotation. 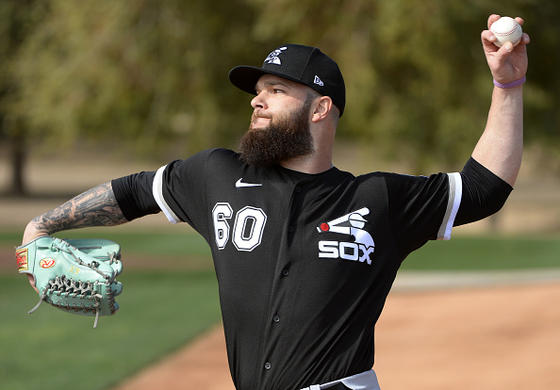 You should have a decent idea of the aces you can select from in the early rounds in your drafts, especially if you are a dedicated reader of this site (I would suggest you pick up an ace in your first two rounds, just a suggestion). Plus, you probably have a good idea about the second, third and even fourth arms that will fill out your fantasy squad’s rotation(s). What happens when you still have a slot or three to fill late in the draft process, the SP5/6 that can push your team into contention for the league title? In the next few weeks, we will look to those starting pitchers that fit that bill.

Note: The ADP (Average Draft Position) next to each SP below is derived from the overall averages contained in the Draft Guide (get it here). Depending upon the level of knowledge in your league, however, YMMV (your mileage may vary), and you may be able to get any one of these hurlers at greater value than on average.

Second Note: Projections are based on while not best-case scenarios, better than 50% prognostications (closer to 80%). In other words, not the ceiling but far from the floor. Also, with the season length truly up in the air as of the writing of this article, take ALL these numbers with a huge grain of salt. They are, at this juncture, merely a supposition based on expectations that may not come to fruition.

Due to contract issues/qualifying offer difficulties, not injury, the veteran (he turned 32 on New Year’s Day) southpaw did not toss a pitch to a major league hitter until late June last season. The layoff had an effect on his efficacy as a starter, but he dropped into a groove to wind up the year. He looked tasty enough to entice the White Sox into a three-year deal to provide some experienced depth for their young pitching staff. He relies on his sinker/cutter combo that arrives at the plate in the upper 80 MPH range, tempered with a change and slider that keep hitters off-balance due to a nearly 10 MPH velocity variance.

The towering mound presence (the southpaw measures out at 6’7”!) returned last August from 2018 Tommy John surgery (TJS). He features a 97 MPH four-seam fastball and a 90 MPH slider as his primary offerings, but also has a work-in-progress change that is good, but not great at this point in his development. His control has never been pin-point, but if he can reduce the walks, he has a chance to be a dominant pitcher. He was originally slated to open the season in the bullpen, but with the season delayed, there is every possibility that he will slide in as the fourth starter when the 2020 season starts for real. The projections below were based on him taking on a hybrid reliever/starter role.

2020 sees the former Oriole escaping a tough ballpark and an awful team to head out west and join the Angel rotation. He is a fine strikeout producer, despite heavily relying (50% of his pitch offerings) on a 91 MPH fastball. His other pitches, a change and slider, keep fooling the opposition to result in nearly a strikeout per inning skillset. The nearly 13% swinging strike rate he has demonstrated the past couple of seasons bodes well for his continued success a K producer, especially with the shift to a more neutral home park in which to ply his trade.

Civale was promoted to the majors as a result of injuries to the Indians’ pitching staff, and acquitted himself well, posting a 2.34 ERA and 1.04 @HIP through 57.2 innings pitched (IP) in the majors. His 92MPH fastball has good movement, and he also has three other pitches-cutter, sinker and change-that fool the other team’s batters and keep them from teeing off on the fastball. His command and control (his 2.40 BB/9 rate with the Indians was a career worst) do him well when he is toeing the rubber in contests.

The bad news: he is still pitching in the Great American Ballpark in Cincy, and his .273 BABIP in 2019 is due to head upward. He is a true four pitch starter, with a mid-90s fastball, curve, sinker and slider (five, if you count his seldom employed change). He does generate a fair share of groundballs (42.9% GB rate, 1.25 GB/FB ratio last season) when on the bump, a good trait when calling the eighth most generous ballpark in the majors in terms of dingers hit your home park.

The Tampa Bay lefthander rediscovered his mojo last season after a trip to the minors, adjusting his approach to feature his cutter and slider, and deemphasize his subpar 88 MPH fastball. Him being a southpaw with a deceptive motion helps, as does his command and control (1.27 BB/9 over 141.2 IP in 2019). He is suited to the “bulk” role where he is not a true starting pitcher, but does rack up the innings, and thus, he is in the proper system to take advantage of his skills.

The Dodger youngster (he will not reach 23 years of age until this September) is an impressive arm, with six (six!) pitches he can control-four-seam fastball, sinker, cutter, curveball, change and slider-although the first three listed are his plus-offerings at this point in his young career. He is likely destined to dwell in the bullpen to open the season, but he is a prospect to become a SP2/3 in the near future as he gains MLB experience.

If Richards can ever stay healthy, he has the talent to be an ace. Aye, though, that is the rub, isn’t it? He has not managed to stay on the hill for more than 80 innings in a season since 2015, including having undergone TJS in late July 2018. He has excellent swing-and-miss abilities on the mound, racking up a 9/83 K/9 rate over the past three seasons, even including the 2018 season where his most recent elbow issue turned into a surgical issue instead the prior rest-and-rehab approach. As a late round pick, he is the definition of lightning in a bottle, wonderful if he pans out but easy enough to dump if necessary.

While we await the start of the 2020 season, these articles discussing the Starting Pitching ranks will continue on a weekly basis. Once things get back to “normal” and the season begins, please return for the weekly Two-Start Pitcher analysis.

As ever, good luck and godspeed in all your fantasy efforts. You can contact this writer with your questions regarding starting pitching or other fantasy baseball issues at ia@fantasyalarm.com.

M. Tanaka - SP
NYY
Masahiro Tanaka has returned to Japan due to concerns over the coronavirus pandemic.
For a full breakdown and detailed player analysis GO PRO and join the Fantasy Alarm Family! CLICK HERE to unlock your PRO package and take advantage of instant savings!
Added Apr 02 5:13 pm (EST)