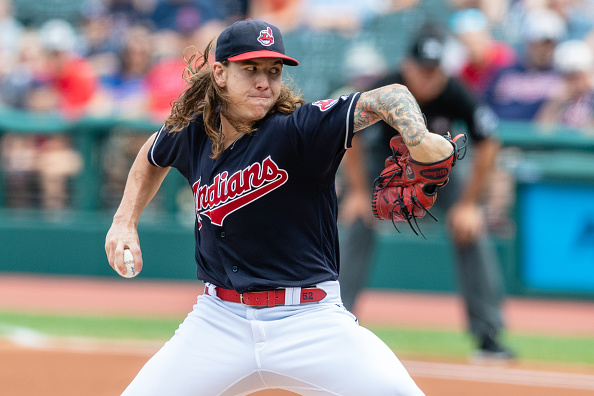 With September now on the calendar, the two-start options are going to become dicey. Certainly, those starting pitchers in the top tier will continue to see their share of weeks where they take the ball twice, but even those A-listers will see their opportunities begin to dry up as teams roll out their prospects into the rotations and those squads with postseason potential begin the process of lining up their starting rotations for the stretch run. There are a good set of middle tier starters to chose from this scoring period, and as per usual, a bunch of pitchers to simply avoid in the bottom tier.

These ten pitchers offer great opportunity if you are in the hunt for your league championship. If you are fortunate enough to have one or more of these guys to trot out in Week 22, make certain you take advantage of your good planning. Only Clevinger has a great set of matchups this coming week, but you simply must put forth your best effort if you are vying for the top spot in your fantasy league, and that means starting your best rotation pieces, which these pitchers certainly qualify as this season.

Williams tops the middle tier. He has a great pair of matchups, with home starts against the visiting Reds and Marlins. So, despite his mediocre at best strikeout potential (6.21 K/9 through his 26 starts to date), he it the best option even with the Pirates out of the pennant race and just treading water at this point of the 2018 season.

Sabathia, unlike Williams, is a good source of strikeouts, with 21 K’s over his last 18 innings pitched (IP), all three of those appearances being quality starts (QS). Unfortunately, he is on the road out West for both his Week 22 starts, in Oakland and then Seattle. He has fared much better at Yankee Stadium this season than when lodging away from his home. Neither opponent is a creampuff, either, with the A’s fighting for the AL West title and Seattle currently 15 games over .500 on the year. Still, you have to like his team and offense, as well as his recent success toeing the rubber.

Lucchesi, as opposed to Sabathia, has been a road warrior this season, holding opponents to a .225 batting average (BAA) while away from Petco Park, as well as posting excellent ratio stats on the road: 2.89 ERA and 1.07 WHIP through an admittedly limited 37.1 IP comprising six starts. Neither Chase Field nor Great American Ball Park are ideal venues for the 25-year old rookie southpaw to head to the bump, but he does offer an excellent 9.74 K/9 ratio over his 21 starts, and generates a ton of groundballs (1.75 GB/FB ratio through 105.1 IP) which figures to improve his odds to provide production to his owners.

Glasnow pitched well in his last outing, holding the Indians to just one earned run through seven innings on two hits, but still took the loss. In six starts since joining the Rays, he has posted a superb 3.23 ERA and 0.85 WHIP with a 38:10 K/BB ratio. He has a pair of good matchups this coming week, heading to Toronto to face off against the Blue Jays and then back to the Trop where the sad-sack Orioles stop by for a visit.

Junis still carries an unattractive set of ratio stats, with a 4.53 ERA and 1.29 WHIP, although his ERA has been dropping from over 5.00 (5.12, actually) at the beginning of August. He has held opponents to no walks in three of his last four appearances, and is a good source of whiffs with an 8.51 K/9 rate over 147.0 IP in 2018. His first start comes against Cleveland on the road, which does not portend great results, but the second start against the Twins looks more promising for the 25-year old righty.

Gant has not pitched deep into games this season on a regular basis, but he has picked up two quality starts in this last five outings, and he’s held opponents to two or fewer earned runs over each of those five appearances, and collected 23 strikeouts as well over those 28.1 IP. His control is not good, as he allowed 11 free passes through those five games, but he also garnered three victories during the span of those contests. He is on the road for both his Week 22 trips to the hill, but the second is against the beatable Tigers, and the Nationals are just a game over .500 at home presently.

Cahill has had success on the mound this season, as witnessed by a useful 3.60 ERA and 1.17 WHIP through his 17 starts (95.0 IP), but he is not a consistent mound presence of late, yielding zero, four, zero, five, and three earned runs over his last five trips to the bump. On the positive side, he does have two home starts this coming scoring period, where he has been exceptional this season, posting a miniscule 0.85 ERA and 0.76 WHIP in 52.2 IP. If he continues to be dominant at home, he is an excellent option for his two starts in Week 22, but keep in mind his recent inconsistency before jumping in with both feet. 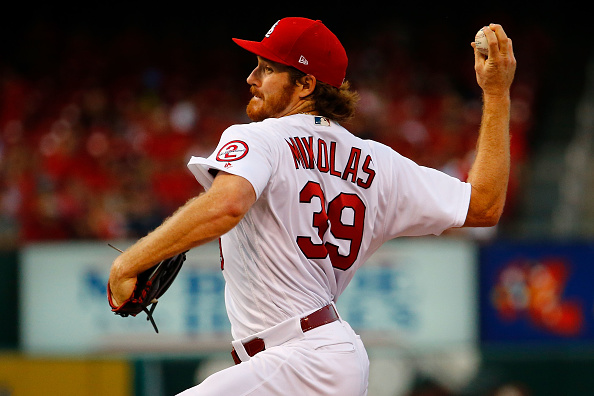 Mikolas leads off the lower sub-tier of the middle group this week, and has been alternating excellent starts with mediocre results on the mound over his last five starts. He is also on the road for both his starts in Week 22, where he has had less success this season than when toeing the rubber at Busch Stadium. He is an extreme groundball producer (1.95 GB/FB ratio through 167.0 IP) and features excellent control (1.46 BB/9 over his 27 starts), but the strikeout production is lacking at a 6.31 K/9 ratio, which limits his value somewhat.

Arrieta has been struggling of late, having given up 14 earned runs over his last four starts for the Phillies and going 0-3 during that stretch. He still features a useful 3.54 ERA and 1.24 WHIP on the season, despite those troubles on the mound. While he has two road games, they are against Miami and the Mets, both favorable matchups. Hope remains that Arrieta will right the ship and return to dominance, and this set of starts could go a long way to provide that development.

Pivetta, like his teammate, has a pair of favorable matchups in Week 22, heading to Miami and then New York to take on the Marlins and Mets. His home/road splits are not favorable at all for this week’s games, and he did get roughed up by the Mets to the tune of six earned runs over just 3.2 IP the last time he faced them, but he also recently had good efforts against tough opponents in the form of the Red Sox and Cubs. He is an elite strikeout arm, with a 10.72 K/9 rate through his 141.0 IP on the year, so there is that in his plus column.

Harvey has had two excellent outings out of his last five starts, but two of the other starts were both five earned run efforts in four innings of work. Not exactly the type of production to inspire confidence among his owners. If you want to use him for your rotation, the second start at home against the Padres projects as the best choice in Week 22, especially given his past difficulties taking the ball at PNC and facing the Pirates throughout his career.

The Tigers may believe that Fulmer is their future ace, but that certainly is not the sort of pitcher he looks like at this point in his career. Do not set yourself up for disappointment, and just avoid using him in Week 22, just as you should stick the rest of these pitchers on your bench.