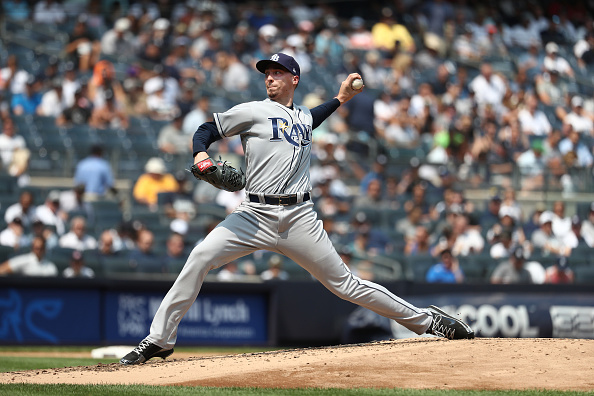 A paltry six pitchers populate the top tier of no-doubt two-start pitchers heading into Week Twenty, but do not despair, as there is a relative wealth in the middle tier, with a baker’s dozen of dual appearance options profiled below. Not to be denied, the bottom tier also contains 13 two-start choices, but as you have been advised repeatedly, do not be tempted by these hurlers except for an occasional streaming selection, and even then, use discretion as these guys can easily blow up your fantasy stat line in the coming scoring period.

You may not own any of these pitchers, being as there are only six that will toe the rubber that you are advised to wind up and let go without worry. Even though the talent of the arm is not in question, there is concern about the offenses backing up Snell and Wheeler, so the potential for victories for those two starting pitchers is not great. Also, be aware that the reports out of D.C. are that the Nationals may activate Strasburg for Tuesday’s game against the visiting Phillies, which would then put him in line to take on the Mets on the road at the conclusion of the week, and if that takes place, then he is also a must start in Week Twenty.

Gausman has to be undergoing a career revitalization of sorts, since being shipped to Atlanta from Baltimore and thrust into the midst of a pennant chase. He has been excellent in his most recent pair of the three starts he has made for his new team, collecting a couple of victories while holding opponents to just three earned runs over 14.0 innings pitched (IP). He is on the road for both his Week Twenty games, but both are in pitcher-favorable parks in the form of PNC Park in Pittsburgh and Marlins Park in Miami, so feel free to run him out there for both his times toeing the rubber.

Teheran also gets to pitch in the same favorable parks his teammate Gausman plies his wares in, so despite his worse road splits this season, he does have a favorable couple of matchups in store. He is a good strikeout provider (8.35 K/9 through 133.2 IP) but has been plagued by control issues all season, walking better than four batters per nine innings (4.38 BB/9 over 24 starts) which amazingly has not overly affected his WHIP, which still sits at an attractive 1.22 ratio. Given his good matchups, he is worth using in both his starts this week.

Bieber does have one unfavorable start this week, heading to Boston to take on the MLB win leaders. He does have a better chance to shine against the host Royals to wind up the week’s action. Unlike Teheran profiled just above, he has superb control, sporting a 1.99 BB/9 ratio over the course of his limited 12 starts comprising 68.0 innings. He also has been missing bats at a tremendous rate, as witnessed by his 9.40 K/9 rate this season. He is backed by a strong offense but he seems more of a one-start option this week.

Wood would (sorry about that) be a tempting pitcher to plug into your fantasy rotation just based on his excellent ratio stats: 3.51 ERA and 1.15 WHIP through 128.1 IP. That he has two home starts in the upcoming scoring period, the second against the Padres, only makes him more desirable as a Week 20 option. The only downside is his good but not great 7.92 K/9 rate through his 23 starts to date, but let’s not quibble over minor details, shall we?

Fiers has been pitching well since the end of June, and now has turned in a pair of good starts since being dealt to the A’s in early August, the most recent time on the hill amounting to a quality start (QS) when he shut down Seattle over six innings, allowing just two earned runs. He gets the Rangers at home in his first start of the week but then has to head to Minnesota to wind up the scoring period. His new team, though, is ten games over .500 on the road, so both starts are worthy of using the 33-year old righthander. 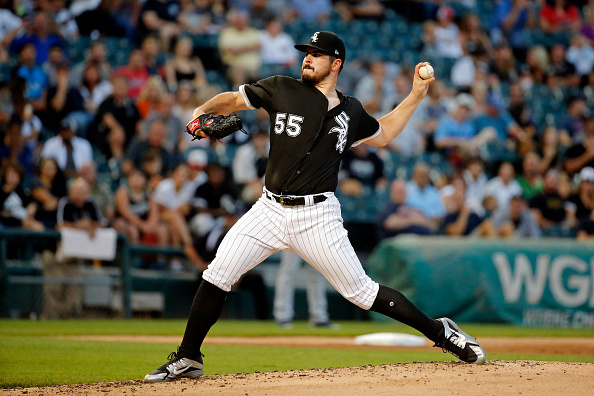 Rodon has been tremendous over his last seven starts, posting a 1.60 ERA (only nine earned runs over that period) and 0.93 WHIP through 50.2 IP. He has been pitching deep into games, as well, making him not only good for ratios but also counting stats, despite a weak 7.17 K/9 rate in 2018. He takes the ball against a pair of division rivals in Week Twenty, neither of which is the division-leading Cleveland squad, making him an appealing option.

Eovaldi has not looked as sharp over his last two starts for the Red Sox as he did when he came aboard from Tampa Bay at the end of July, but still features a useful 3.62 ERA and an excellent 1.04 WHIP. Taking on Cleveland at home is the best case for his first outing in Week Twenty, and then he gets a revenge game against his former team in Tampa to close out the week. He is a poor option if you are seeking strikeout numbers (7.57 K/9 over his limited 14 starts) but his new teammates should provide sufficient opportunity to rack up victories.

Hendricks has two auspicious matchups in store, with a road game against the reeling Tigers and then playing host to the Reds for his second time on the hill. The 28-year old righty had pushed his ERA below the 4.00 level at the end of July, but it has slowly inflated as August plays out and it now sits at 4.11. He is doing better at avoiding the long ball of late, and generates more than a fair share of grounders from opposing hitters (1.77 GB/FB ratio over 144.2 IP), so with a couple of decent games on tap he offers utility as a SP.

Holland bounced back nicely from a mediocre start against Pittsburgh (where he was the victorious pitcher, nevertheless) with a scoreless 4.2 innings against the host Dodgers. He has a pair of good matchups in line, heading to Citi Field to battle the Mets and then back home to face off against the Rangers. Control is an ongoing issue (3.34 BB/9 over 129.1 IP) but he does rack up the strikeouts with a 9.19 K/9 over 27 appearances.

Zimmermann is not the model of consistency, and is difficult to trust, but he does have a couple of home starts coming up in Week Twenty, with the second game being against the White Sox. His home/road splits are strongly in favor of using him at Comerica Park. He has been plagued by dingers being hit off the opposing hitters’ sticks, even at his pitcher-friendly home stadium, but does offer good strikeout numbers (7.92 K/9 over 17 starts).

Anderson, as with Hendricks and Holland above, has a pair of good meetings scheduled in the coming seven days, and is taking the mound in two pitcher-friendly venues, at home in Oakland against the cellar-swelling Rangers and then at Target Field on Sunday. He relies on his superlative control (1.79 BB/9 over his limited 55.1 IP in 2018) and ability to get opposing batters to drive the ball into the dirt (2.58 GB/FB ratio through 11 starts), as his K-rate is decidedly sub-par, sitting at 4.39 K/9. Do not come four the strikeouts, but look for him to continue to provide a QS, as he has in three of his last five starts.

Gomber has now made four starts on the season, and three of those were above-average efforts. His team is playing well, as they frequently do in the second half of seasons, although he does have to pitch on the road for both his mound visits in Week Twenty. The sample size is small, but anytime a pitcher has to throw at Coors is not a good time to put your full confidence in his ability to provide useful stats. Dodger Stadium is not necessarily a favorable venue, either, but the youngster is working on an 11-inning scoreless streak heading into this week’s action with an attractive 2.89 ERA, although his peripherals hint at coming negative regression: .260 BABIP, 4.30 FIP and 80% strand rate.

Velasquez continues to put up elite strikeout totals, based on a top-notch 9.98 K/9 over the 120.0 IP he has accumulated to this point in the season. He has also been more effective on the road this year, and has two away starts in Week Twenty. He has only lasted 6.1 innings over his past two trips to the hill, where he yielded seven earned runs on ten hits and six free passes, so he is the bottom option in this middle tier.

Of these 13 SP’s, the only ones you may want to consider for a streaming start are the top two listed here. Archer’s talent makes him a possible choice at PNC when the Braves come for a visit, and while neither of Erlin’s starts profile as great options when he heads to the bump, you should avoid him when he pitches at Coors Field in his first start and only potentially consider him on Sunday in Dodger Stadium. The rest of these two-start pitchers should be left to your opponents to employ, or kept on your bench.