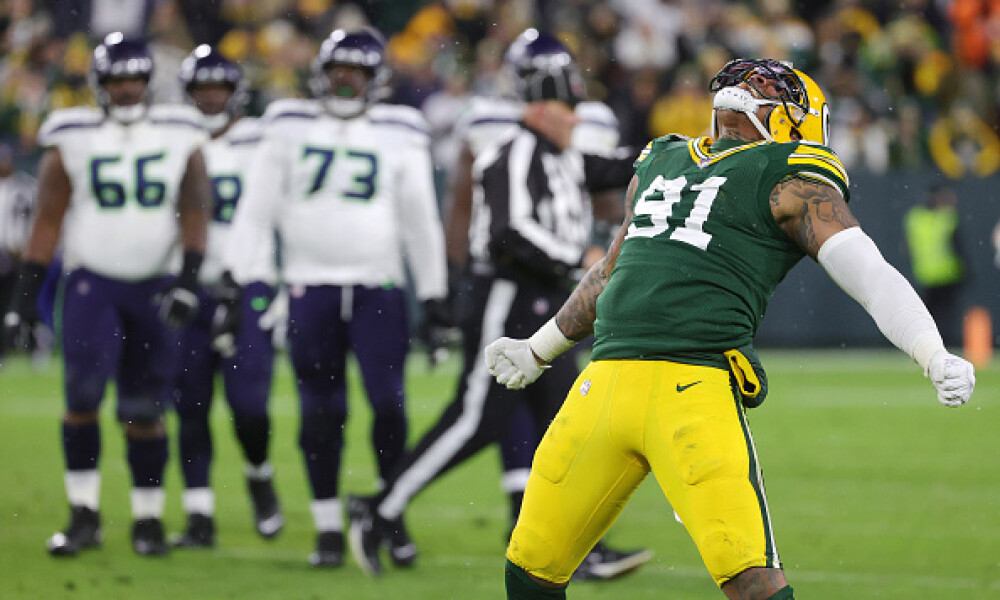 Let the celebration begin. No more bye week issues to deal with the rest of this season! Now if only the injuries would abate, right? If you have suffered the loss of a prime IDP, however, there are others coming on strong that you can find on most of your league’s waiver wires or free agent markets, some of which are profiled below.

Bye Weeks coming up: Bye-bye to the bye weeks. We are done with ya for the season. Good Riddance!

Woods has seen a massive spike in playing time (PT) as he fills in for injured linebackers on the Detroit defensive squad. He racked up 13 total tackles (TT) against the host Broncos on Sunday, 10 of those solo grabs, and two for a loss of yards (TFL). He also got to the opposing signal caller for a QB hit/hurry (QH) in this contest. Keep your eye on the Detroit injury report and if Woods starts against the Cardinals, he has a chance to rack up the fantasy points yet again.

Once again, it bears noting that being able to get LB stats out of a DL is such a benefit for fantasy owners. Smith again put up a huge stat line Sunday night, with a pair of sacks, four TT (three solo, one TFL). A trio of QH and a forced fumble pad out the stat sheet for Week 14. On the road against the Ravens is a decent matchup this coming week.

Jones was the beneficiary of an uptick in snaps while Troy Reeder was relegated to just seven snaps on defense, playing mostly on special teams. That change in opportunity makes Jones a potential LB3 going forward, and he will work on his stat line, building on the Week 14 seven TT effort with an INT and PD tacked on.

The 49er LB was profiled here way back in Weeks 2 and 3, but has been performing at a top level all season for the most part, and especially over the last three games. He is coming off an 11 TT effort (eight solo) with a sack and a PD for the big play aficionados out there. Amazingly, he is available in a plethora of leagues, so if you are wanting to upgrade at LB, this would be a fine time to go free agent shopping.

Assuming Kamu Grugier-Hill will miss Week 15 against the Jags on the road (knee and COVID), then Hewitt will be an every down LB for the Texans. He collected four TT in limited action in Week 14, which should increase with increased PT. He is more of a LB3/4 than an absolute starter, be advised.

Despite playing significantly less than half the snaps on defense for the Broncos, Jones still collect three solo tackles (all three TFL!), a pair of sacks and QH each, plus a PD. Whew, that’s quite a line for a part-time player. Note that he has 5.5 sacks, all collected over the past six games.

He is of more interest in ESPN leagues where he qualifies at DT as opposed to the Yahoo platform where he toils among more desirable defensive end options. Although any DL that offers four TT (three solo, one TFL) with a sack and a pair of QH has the ability to pique a fantasy owner’s interest. Still, it is in DT-mandatory leagues in the ESPN scheme where he has the highest value.

Hill picked up at least a partial sack for the third week in the row, knocking down the 49er QB in Week 14 while also snagging four TT (three solo, one TFL). He was also credited with a QH in the last game. This week does not profile as a superb matchup, but Week 16’s game against the Ravens at home looks promising.

Riley is essentially an every-down starter for the Jets, with Marcus Maye out of action, and is offering excellent value in tackle-oriented leagues, with 17 TT over the past two games, along with a sack in Week 13. He has a trio of decent matchups in place with the playoffs at hand as well.

Delpit played all 74 defensive snaps in Week 14, and amassed 11 solo tackles during the course of the game against the visiting Ravens. He also picked up a QH during the contest, and should Ronnie Harrison be stuck on the sidelines this week, expect his increased workload to again yield positive fantasy results for his owners.

Collins collected two sacks against the Cowboys in Week 14, his first multiple sack effort this season, and he gets to face off against the Cowboys again in Week 16. While this week’s game against the Eagles does not project as a great matchup, he is being used all over the defense and is coming off a five solo tackle game, with an INT, a PD and QH to fill up the big-play portion of his stat sheet.

A nickel corner for the Cowboys, he has been seeing full-time snaps on the defensive side of the ball recently. He had six solo tackles in Week 14, along with a useful FF, FR and PD to provide big play utility as well. He has become an all around valuable DB to utilize in your IDP leagues.

The second-year player has but six NFL games to his credit, so look to offensive coordinators and QBs to keep testing him while he fills in for the depleted Raven secondary as the regular season winds down. He had six solo tackles in Week 14 against the host Browns, as well as a PD. Opportunity leads to fantasy production, and he will see his fair share of targets coming his way going forward.

When your first play of the game results in fumble recovery TD, it is difficult to climb up from there. Even so, nine TT (eight solo) were a fine addition to the stat sheet for the replacement starter on defense in the backfield. That the Raiders had to air out the ball all game also helped pad his production, and the two FF and aforementioned FR made for a overall great effort for those lucky enough to have had him in their lineups.

Now that Tre’Davious White has been placed on the IR, Jackson will be relied upon to pick up the slack in the Buffalo defensive backfield. He had seven TT in his first heavy duty for the Bills and a pair of PDs. As a second year player, he will be tested by offenses going forward, so that means opportunity to put up fantasy stats going forward.

He played limited snaps last week, prior to suffering a groin injury, and while the word out of the Steel City is that he will not miss time, there is the concern that he aggravates the issue again. Love his work ethic, but he is not exactly the picture of trustworthiness for IDP purposes right now.

Williams was able to return to game action after suffering a shoulder injury in Week 14’s game against the visiting Saints, but even if he continues to take the field, the issue with his shoulder will keep him from playing at his top level best. There are better options, healthier choices, for your starting DL slots.

The Raider corner had a mid-season stretch of games where he was of some utility, putting up good points for his owners, but has cooled off significantly in recent times. Coming off a two TT effort (one solo), he has now become waiver wire fodder for others to clog their lineups with, and you should feel free to cut him loose.

Remember, the first team listed is the one to use your IDPs against. Do not go crazy, and play a Denver LB5 against the Bengals, but certainly you will do well if you own a top DE in the Washington/Philly contest or a DB on the Giants, that you can plug in this week, for the most part.