Justin Vreeland looks at some of the best and worst targets at the second base position with regard to the Draft Masters Best Ball contests on RTSports.com 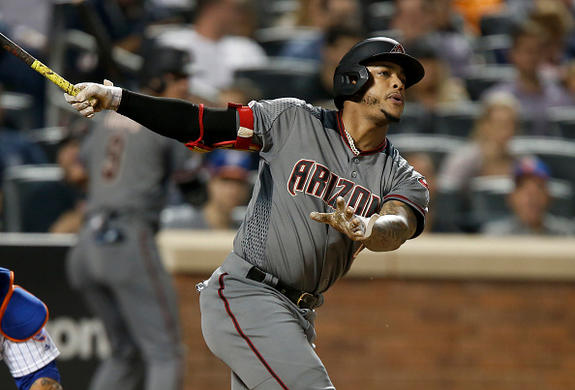 This week will be the second installment of a two-part best ball series. Personally, I love playing in several best ball leagues and find there to be numerous strategies you can employ that lead to hitting the money. This week we will take a look at RTSports and how to go about drafting the second base position. There are a few other sites that offer the best ball format, but these are the two I play the most and would recommend either. Let’s dive in!

RTSports best ball leagues are 10-team leagues. They offer a roto scoring league and also a weekly points league. I don’t really care for the roto leagues because you only draft starters and have no bench. Last season I played in a roto league and drafted Andujar as my third baseman, but with no bench and no in-season management, I get zero stats from the position for the entire season. To me, that becomes more of a luck-based league, so we are going to look at the weekly points leagues:

Key things to take note of (for second baseman):

Ketel Marte (2B, OF – ADP: 40.6) – This format plays very well for Marte. He had a solid walk total of 53 with a low strikeout total of 86. He hit for a great average, drove in 92 runs, and scored 97. His power and speed both play-up in this format as well with 32 home runs and nine triples (second most at the position – also led the league with 12 triples in 2018). His strong stolen base success rate is also beneficial with 16 steals and only being caught three times over the last two seasons.

DJ LeMahieu (1B, 2B, 3B – ADP: 48.7) – He provides us with three positions, which is huge in this format. He hits for a high average and is coming off a season in which he had 109 runs scored and 102 RBI. He had a reasonable strikeout total of 90 and a career high in home runs with 26. I prefer Marte to LeMahieu in this format, but LeMahieu’s position eligibility makes them very close in value.

Jeff McNeil (2B, 3B, OF – ADP: 78.9) – Here’s another three-position eligible player I love. McNeil has hit at least .318 in each of his first two big-league seasons and his 75 strikeouts in 2019 was a nice low number. His 38 doubles was the third highest amount at the position and he flashed an increase in power with 23 home runs. He is expected to hit leadoff for the Mets, which could hurt his RBI rate but also increase the rate in which he scores runs.

Ryan McMahon (2B, 3B – ADP: 192.2) – Dual-position eligibility? Check. Solid power output? Check, he hit 24 home runs last season. Strong stolen base success rate? Check, he successfully stole five bags while being caught just one time. He also had a nice RBI total of 83. The only real problem with McMahon is his poor strikeout total of 160. That being said, at pick 192 he is still a nice value and if he can cut back on those strikeouts a bit he would be a steal at this ADP.

Whit Merrifield (2B, OF – ADP: 66.1) – This format does not play well for Merrifield at all. He struck out 126 times last season, fifth most among second baseman. He only had 16 home runs and 74 RBI, neither of which is racking up many points. His 20 stolen bases would have been okay, if not for the 10 caught stealing that came with them (his second straight season with 10). He isn’t a terrible pick, but there are better second baseman picks in the area of his ADP.

Jonathan Villar (2B, SS – ADP: 87.2) – He nearly led all second baseman in strikeouts with 176 (two short of a mystery player). He played every single game last season, which is probably unrepeatable and should lower his overall value. He has a huge downgrade in his home ballpark, going from the Orioles to the Marlins. His position leading 40 stolen bases are not all that great in this format, especially with those 40 steals being accompanied by nine caught stealing. Lastly, his RBI total should be very low hitting leadoff for a poor Miami lineup.

Rougned Odor (2B – ADP: 202.9) – Hello mystery player! Odor struck out a position leading 178 times last season. He also only hit .205, his second season failing to hit north of .205 in past three seasons. His 11 stolen bases came with nine caught attempts, so not very beneficial in that department (had 12 steals on 24 attempts in 2018 – maybe he should steal less?). All of that, plus his lack of position flexibility, makes Odor undraftable in this format, in my opinion.