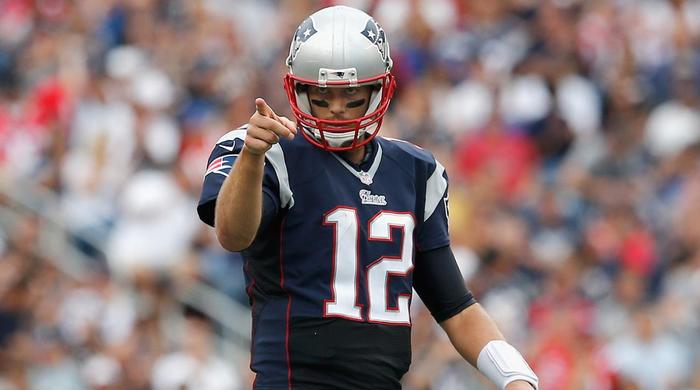 Welcome to Week 6 of the NFL season. We have a rainy, windy Thursday night showdown on our hands between the New York Giants and New England Patriots. Giants head into this game missing their top four offensive weapons in Saquon Barkley , Evan Engram , Sterling Shepard and Wayne Gallman . This game has 42.5 points spread with the undefeated Patriots giving 16.5 points. I think we expect a low scoring slopping game here tonight. With that said, let’s get to the plays!

It’s going to be cold, it’s going to be rainy, it’s going to be windy. All those things should be enough reason’s to think Brady goes under this mark tonight. Another reason is the 16.5 point spread as New England should take an early enough lead that the Patriots running game takes this one over.

The Patriots have the leagues No.1 pass defense, leading the league in interceptions with 11 and sacks with 24. I know 55.5 yards doesn’t seem like much but given the game conditions and the defense that Tate will be up against I just am not sure this comes through.

The game conditions call for the Patriots to run this football early and often. They are also 16.5-point favorites and facing the leagues worst run defense. All these things should add up to Sony Michel possibly having his first 100-yard game of the season.

This just seems too easy here. Phillip Dorsett has been ruled out and while Edelman himself is not 100-percent the Patriots are still going to throw the ball some tonight to make sure they get out to that comfortable lead that will let them run the football. I think we could see Edelman hit this mark by halftime. 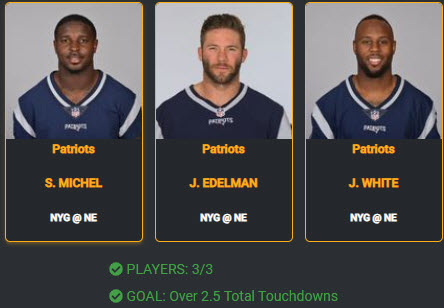 The Patriots are 16.5-point favorites tonight against this Giants defense and I expect that Michel could very well get three touchdowns on his own here in this match up but overall I think 5x return on your money here is a pretty good bet given the spread.

Maybe it is the Patriots fan in me but I just don’t know if Daniel Jones throws for 100 yards total in this game and that’s the truth. The Patriots are at home, massive favorites, weather is miserable and they boast the leagues top pass defense. All of these these factors make me think that Brady can cover the 101.5 passing yard spread.

Because of everything said above, how do I not think that Julian Edelman -1.5 catches isn’t a sure fire lock when going up against Golden Tate . I think Brady and Edelman could connect on seven-to-eight passes at minimum tonight, especially with Phillip Dorsett ruled out.

This was a tough one for me as Gordon is not 100-percent and without Rex Burkhead and Phillip Dorsett active then I have to believe that White is going to easily out gain Gordon by the 22.5-yard spread so give me White +22.5 here.

Total coin flip here, I think I go with Slayton -3.5 catches to Jakobi Meyers. I don’t think the Patriots will need Meyers for many plays and while I think he could get a few catches, I know Slayton is starting with Shepard ruled out.

O. Beckham - WR
CLE1
Speaking Monday, coach Kevin Stefanski said he's "excited" for Odell Beckham's (knee) return in 2021.
“I texted with him this morning. I know he’s working really hard to get better in his rehab. I’m excited to get him back here,” Stefanski said. “I know it was not easy for him being away from his teammates, especially as these games got bigger and into the playoffs. I know he definitely wanted to be a part of it.” After OBJ tore his ACL in Week 7, there was wide speculation the Browns could trade him ahead of the 2021 season, but Stefanski sounds like a guy ready to have his playmaking wideout back with the club. The Browns went 11-5 and won a playoff game mostly without OBJ, riding their running game and a more relaxed Baker Mayfield over the second half of the year. Mayfield likely didn;t feel the pressure to force the ball to OBJ. He has three years left on his contract but has no guaranteed money left on the deal. The Browns can clear $15.75 million by trading or releasing Beckham.
Added Yesterday 8:21 pm (EST)
Added Yesterday 8:21 pm (EST) 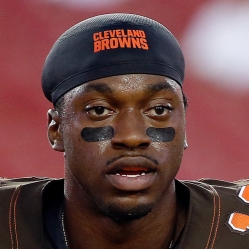