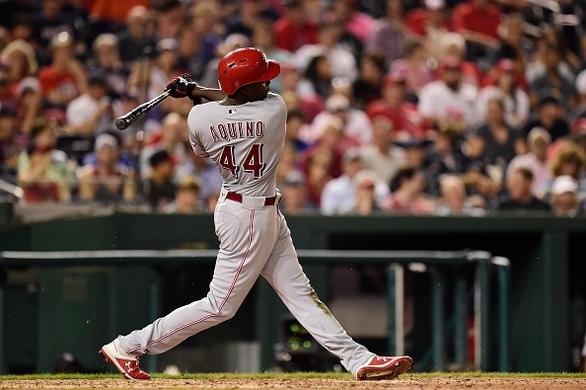 As we head into the latter part of the summer we hope that your season long fantasy baseball team is still fighting for a playoff spot and on its way to a potential league championship.

If you’ve enjoyed a successful season you’ve had to work for it because you had a lot of obstacles in your way. This couldn’t be any more evident than at the starting pitcher position.

Five of the first top 10 starting pitchers taken in preseason drafts as per NFBC ADP have either grossly underperformed based on their career norms or they’ve spent significant time on the IL. Red Sox starter Chris Sale ’s 4.40 ERA is more than double last season’s 2.11 mark and significantly higher than his career 3.03 ERA. Trevor Bauer has a 7.31 ERA since being traded to the Reds. Rays starter Blake Snell , and Indians starters Corey Kluber and Carlos Carrasco are all currently on the IL.

The Indians got off to a slow start this season but as of Thursday were just a half game out of first place in the AL Central. José Ramírez has bounced back from his early season struggles and the Indians fortified the rest of their offense with trades for Yasiel Puig and Franmil Reyes . However, you need to keep an eye on their rookie pitcher Aaron Civale. Civale is a control pitcher who has given up just two runs across 18 IP in three starts, while striking out 18 batters and walking just four. He has streaming potential and has a chance to make several more starts for the Tribe before the season is over. Use him wisely when he has a favorable matchup, and he might add some depth to your fantasy pitching staff.

We’ve got a few other under the radar pitchers who’ve been pitching well of late. Padres starter Cal Quantrill has compiled a 1.99 ERA in his last four starts, allowing just two home runs in 22.2 IP.

White Sox starter Iván Nova may not miss many bats but he has pitched to a 0.49 ERA in his last five starts. He struck out only 17 batters in 37 IP during that stretch, but he posted a .159 BAA.

A’s starter Chris Bassitt has given up more than three runs in just three of his 20 starts this season. He has a 2.00 ERA in his last six starts and Bassitt has been especially effective when pitching at home.

Mike Fiers is another A’s starter putting up some good numbers when pitching in the hitter friendly Oakland-Alameda County Coliseum. His 2.54 ERA makes him very strong streaming option when he pitches at home. He’s pitched to a 2.28 ERA in his last 19 starts, and that includes a no-hitter against the Reds on May 7th.

As for some hitters who’ve been tearing the cover off of the ball, Reds outfielder Aristides Aquino entered Thursday’s action batting .386. He’s the first player since 1900 to hit nine home runs in his first 13 career games. Those are impressive numbers for a guy who had a career .248 minor league batting average. Ride him while he’s hot but get ready for a bit of a fall.

Braves outfielder Ender Inciarte is probably sitting on your league’s waiver wire. He spent a bunch of time on the IL this season, but has been getting regular ABs of late and he’s been making them count. He’s posted a .328/.446/.590 triple-slash in his last 18 games. When he’s going right he can hit for average (.286 career BA) and help you in the stolen base category (career 24 stolen base average per 162 games). 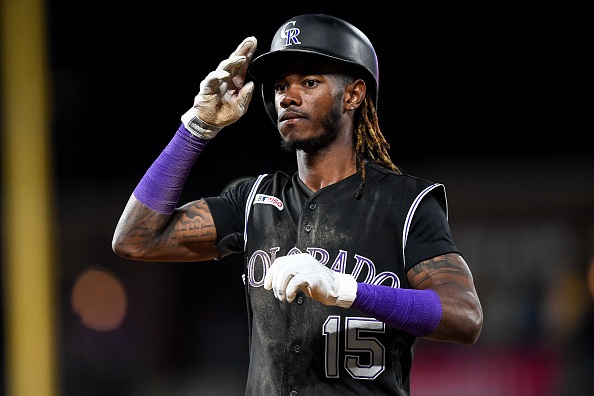 Rockies outfielder Raimel Tapia ’s 2019 season has had its share of ups and downs but he’s been swinging a hot bat of late. The Rockies have shown that as long as he’s hitting, they’ll put him in their daily lineup. He’s batting .459 with a home run and six RBI over his last nine games.

The Mariners have been a big disappointment for the majority of the season, but you can find fantasy value hidden among the ruins of even the worst real life teams. Mariners third baseman Kyle Seager has compiled a .383 BA with seven home runs (three of which were hit in one game) and 15 RBI in his last 17 games.

Speaking of finding fantasy value in bad teams, Royals outfielder Jorge Soler has been hot. Over his past 17 games he’s batting .375 with eight home runs and 15 RBI.

It’s pretty obvious that both of these sluggers are likely feeling the lingering effects of their early season injuries.