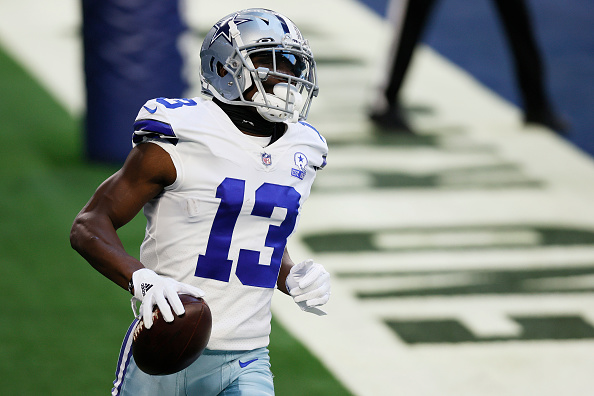 Hopefully your league is officially in the books, but if you have a wet blanket commissioner who insists on deciding the fate of your league in Week 17 then here are some options on waivers this week. It won’t be an in-depth or lengthy read for this week given that you should start the players that got you here. You also won’t find any FAAB recommendations for this week. At this point in the year, you should be drained of your budget and if you aren’t, then drain it this week. Best of luck bringing home the hardware!

Kirk Cousins (MIN) It feels crazy to say this, but Cousins doesn’t have a terrible floor this season and he gets a great matchup in Week 17 against the Lions who were torched by Tom Brady for over 300 passing yards and four touchdowns in just the first half. Cousins put up 20.8 points in four-point per passing touchdown leagues earlier in the year and that was on just 20 pass attempts. Is it possible we see another low volume performance? Sure. It could easily be a huge game for Dalvin Cook . But still, Cousins has 20 touchdowns and just three interceptions in his last eight games. He’s a pretty safe play, which is odd to say.

Derek Carr (LV) I’ve been very critical of him the past few weeks because it felt like he was reverting to old habits regarding turnovers and poor decisions. However, in three of his last four games he’s found the end zone with his legs. He’s hit a 20-point floor in three of his last four outings as well; the one bad performance being the game he left early due to a groin injury. But over the other three games he’s thrown for over 300 yards and found the end zone with his legs as previously mentioned. He didn’t have a great game against Denver earlier in the year, but he’s playing well down the stretch and we should get at least 30 pass attempts from him this weekend.

Mitchell Trubisky (CHI) I wouldn’t want my fantasy season coming down to Trubisky, but the Bears have a lot to play for Sunday in a good enough matchup against the Packers. Green Bay will be competitive to start the day and if Trubisky can find a touchdown on the ground then that’ll pad his value. He doesn’t have the floor of Cousins so you’re starting him without a great safety net, but the Bears have been playing better lately and Trubisky’s actually a big reason why. We could get a lot of volume out of him if the Bears fall behind.

Malcolm Brown (LAR) Injuries are really paving the way for a lot of running backs to be added off the waiver wire this week. Malcolm Brown might be my favorite option. Darrell Henderson left Sunday’s game with a high ankle sprain and Jared Goff had surgery on Monday on his thumb. Both players are doubtful to play Sunday so Malcolm Brown should see an increased role against Arizona. Cam Akers could come back and play on Sunday, it’s too early to tell at this point, but as it stands right now Malcolm Brown could be the running back to grab for Week 17.

Darrel Williams (KC) As it turns out it was Darrel Williams , not Le’Veon Bell, who stepped up last week in Clyde Edwards-Helaire’s place. Knowing how Andy Reid likes to rest his star players heading into the playoffs, this could bode well for Kansas City’s running game in terms of volume. I would expect more of a split workload this week simply because they don’t want to put either Bell or Williams at too much risk for injury. But Williams had 14 touches last week and while he didn’t score, he finished with six more touches than Bell. The Chiefs play the Chargers in Week 17 and they have absolutely nothing to play for. They’ve already locked up the top seed in the AFC so it’s possible they’re on cruise control and it could be a snoozefest for Kansas City’s offense this weekend.

Gus Edwards (BAL) J.K. Dobbins scored for the fifth straight game on Sunday, but he also left the game early with a chest injury. He did return later on but it’s always worth monitoring throughout the week via practice reports. In relief, Edwards came in and touched the ball 17 times and overall he delivered 14.2 points in PPR formats. The Ravens wrap up the regular season with a safe matchup against Cincinnati this week so if Dobbins doesn’t play for whatever reason, Edwards is a good flex play.

A.J. Dillon (GB) Game script and Jamaal Williams being inactive paved the way for a big day from Dillon. Aaron Jones even had to leave briefly, but Dillon came in and rushed the ball 21 times for 124 yards and a pair of touchdowns. If Green Bay builds a comfortable lead on Chicago and opts to rest starters as the game progresses, then Dillon will get carries. Overall, it’s still a tough matchup and I don’t expect Chicago to rest any players on defense since they’re playing for a playoff spot as well.

Dare Ogunbowale (JAX) With Jameson Robinson missing his first game of the season, Dare Ogunbowale stepped in with 17 total touches for 78 total yards. He didn’t find the end zone but if you can find that kind of a workload on waivers at this point in the year, you’ll hardly scoff at it and add it to your roster. James Robinson will be evaluated Wednesday and a decision on his status will likely be made later in the week. Ogunbowale’s a decent speculative add with the Jaguars slated to play the Colts this weekend.

Michael Gallup (DAL) Four touchdowns in his last four games including two in Week 16. Not to mention he has 37 targets in his last five games. While the floor is relatively low, he’s being looked at in the end zone. But there’s always that risk that it could be another Dallas receiver that pops off next week against New York. Oddly enough, the Cowboys and Giants are both still in the playoff hunt, just like the Washington Football Team. So, no starters should expect to sit for those teams and Gallup could find the end zone once again.

Nelson Agholor (LV) Here we have the ultimate boom-or-bust fantasy player with Agholor. Even when he’s been more of a bust, the targets have been going his way. With at least six touches in six straight games he’s in the conversation as a flex against Denver this weekend. In PPR formats, he has three 20-point performances in his last six games. It helps when he’s finding the end zone, which could happen once again. He won’t garner the attention that Darren Waller will either so you could really do a lot worse than Agholor this week.

Emmanuel Sanders (NO) I haven’t felt incredibly comfortable starting him in fantasy. The general belief is “well Michael Thomas isn’t playing so Sanders has to emerge as the primary target, right?” Sure. In theory, that makes sense. But honestly that hasn’t really been the case. He has just ten targets over the last two games since Brees came back. The good news is that he’s been efficient in that process. He has eight catches for 159 yards over his last two contests, but you’d expect more from him especially since Tre’Quan Smith was out last week. Either way, a Week 17 matchup against Carolina bodes well for him.

Zach Pascal (IND) Well we were all duped by T.Y. Hilton over that brief hot streak a few weeks back. It hasn’t been Hilton who has been a league-winner. Rather, it’s been Zach Pascal . He only has a dozen targets in his last two games, but he’s caught eight of them for 143 yards and three touchdowns. The Colts are pretty much jockeying for playoff seeding at this point but will remain competitive against Jacksonville and Pascal could see six targets once again Sunday.

Mecole Hardman (KC) Similar to what was said in Darrel Williams ’ section, Mecole Hardman could benefit with other players getting the day off. If Tyreek Hill , Sammy Watkins , and Travis Kelce all sit then this helps Hardman. The downside is that Patrick Mahomes could sit, or at the very least he won’t play a whole game. Hardman actually has 15 targets in his last two games, however, he’s only caught six passes. If Chad Henne gets the start though, he’ll probably be looking Hardman’s way quite a bit.

Irv Smith (MIN) While it was a disappointing result on Christmas for Smith and the Vikings, he came up huge for the team with a pair of touchdowns on nine targets. He has 13 catches on 17 targets over his last three games with three touchdowns. If streaming tight ends on waivers, you know by now that you’re hoping your guy somehow finds the end zone, and Smith has done that. All five of his touchdowns on the season have come in the last six games he was active. The Vikings have officially been eliminated from playoff contention, but I don’t expect them to go crazy with resting their starters, but given his tendency to find the end zone of late he’s still a great streamer this weekend.

Jordan Akins (HOU) Darren Fells was the tight end in this offense to find the end zone, but that was his only catch on two targets. Akins caught all four of his targets for 39 yards and he now has 16 targets over his last three games. He’s not necessarily coming on strong to finish the year. But with Deshaun Watson ’s options limited at the moment, the bump in targets could lead to stream-worthy results in this year’s finale.

Trey Burton (IND) It really comes down to whether you can nail the pick between Burton, Jack Doyle , and Mo Alie-Cox . Doyle’s coming off a game where he saw six targets, but that was his first game since Week 1 where he had more than three. So I’m not entirely convinced he gets fed six times again. But I also don’t have a ton of confidence in Burton because he hasn’t done anything over the last month either. The other thing of note is that the snap counts have been hard to gauge for the Colts tight ends. Doyle’s been getting the most because he’s utilized as a blocker a bit more, and the snaps fluctuate each week between Burton and Alie-Cox as the number two tight end in terms of snaps. But the Colts dance with the Jaguars this Sunday and they were just torched twice by Jimmy Graham in Week 16.

Tampa Bay Buccaneers – If they’re still available in your league they’re a good streaming option against the Falcons. However, I’m not entirely sure how long they’ll keep their starters on the field. But since Tampa’s bye in Week 13, this whole team has been playing better. They’ve allowed just 48 points in their last three games with 13 sacks in that span. We know Matt Ryan is prone to turnovers as well so it feels like a week when the Bucs have a seven-to-eight point floor.

Arizona Cardinals – I hope it doesn’t necessarily come to this but streaming the Cardinals in DFS this week could be a way to go. The downside is that they just aren’t a very good defense and there’s still a chance that Cam Akers suits up this week. However, the Cardinals defense has quietly been playing better and John Wolford will be starting at quarterback for the Rams.

New York Jets – Given what we’ve seen from the Jets on defense, I don’t think this is a terrible recommendation. They have seven sacks and three turnovers in their last two games. On top of that, the Patriots have done nothing on offense lately. They’ve put up a total of 24 points over their last three games and they really struggle to move the ball. The Jets aren’t my first choice, but they deserve some recognition this week.