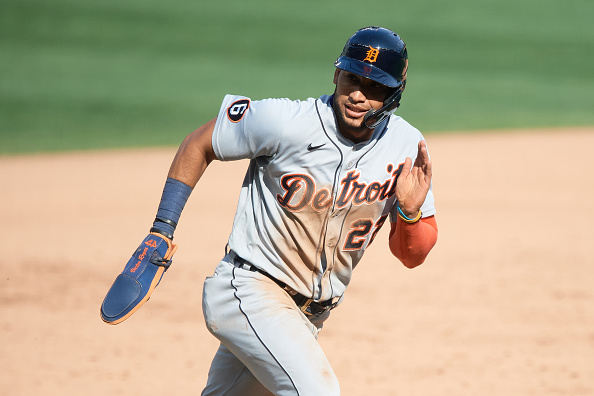 Victor Reyes (DET – OF) Since Reyes moved to the leadoff spot in Detroit, he’s done nothing but get on base and score runs. Since August 22nd he’s hit safely in 14 of 16 games. Over that span he’s hitting over .340 with 13 runs scored. He’s coming off a weekend where he had three straight multi-hit games. He doesn’t have a ton of power, but he does have eight extra-base hits since moving to the leadoff spot. I can’t honestly say enough about how reliable he’s proven to be getting on base. He’ll help your team with batting average and runs. He was mentioned a few columns ago and the ownership is starting to spike so be sure to get him in your lineup.

Michael Pineda (MIN – SP) Pineda was mentioned previously following his first start of 2020 and he followed it up with working seven innings against the Tigers allowing two earned runs with eight strikeouts. Through two starts he’s generating a 15.7% swinging strike rate thanks to a fairly deceiving slider. He’s slated as a two-start pitcher next week with the first start coming on the road against the White Sox, one of the hottest hitting teams in baseball. But the second start may come on the road against the Cubs so if you have weekly rosters, then he’s a great find on waivers for two starts. 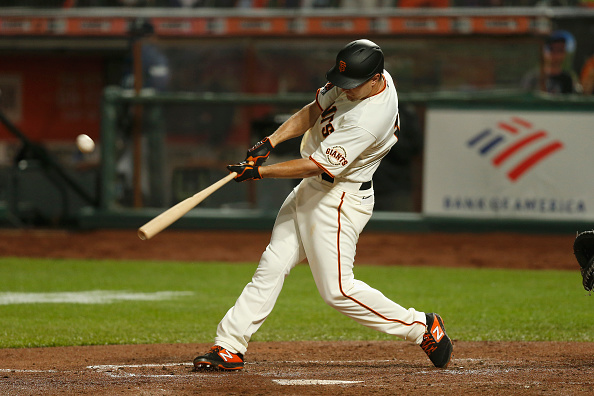 Alex Dickerson (SF – OF) Dickerson gets a short leash, but he’s another scorching hitter right now. From August 29th to September 4th he recorded 13 hits in five games with eight of those hits going for extra bases. He cooled off a little bit over the weekend as he was called upon to pinch hit on Saturday and Sunday, but he hit another home run in the third inning of Tuesday’s game against Seattle. The one thing I don’t like about the remaining schedule for San Francisco is that they play too many games in parks that cater to pitchers. But that’s going to happen in the NL West. He’s absolutely still worth adding for your playoff push, especially if he maintains some semblance of power going forward.

Rowdy Tellez (TOR – 1B) We’ve got another streaking hitter right now, and it certainly helps when you play in the AL East among some hitter-friendly ballparks. He’s coming off nine hits in four games against the Red Sox with two home runs in that series as well. Entering Tuesday night he was slashing .429/.485/.679 with eight runs scored just in the month of September. He has a series coming up next week at Yankee Stadium and New York has been struggling lately.

Tony Gonsolin (LAD – SP) The secret’s out on Gonsolin. With each passing start the question has been “Do we trust him going against (so and so)?” and it looks like he’s locked in at the moment. On Saturday he tossed six innings of shutout baseball giving up just three hits and he collected eight strikeouts. There is still some risk as to how deep he’ll go into games, but the Dodgers are heavy favorites to win the World Series and Gonsolin’s breakout is contributing to their 30-12 record entering Tuesday’s slate of games. This weekend he has a home matchup against the Astros before a tough matchup on the road in Coors Field.

Adam Duvall (ATL – OF) Duvall has absolutely been raking at the plate the last week. Since August 31st he was hitting .333 entering Tuesday with a 1.033 slugging percentage. He went 0-for-4 on Tuesday night, but the Marlins pitching staff shut the whole team down really. But Duvall has six home runs since the end of August including a pinch-hit home run on Monday with a three-home run game against the Red Sox a week ago. You have to take the good with the bad and he is a riskier play in points leagues as he has a 28.8% strikeout rate and just a 4.0% walk rate. That typically happens when a hitter is swinging for the fences so it’s no surprise the strikeouts are up. But still, and I repeat, strike while the iron is hot.

Dean Kremer (BAL – SP) Kremer was a piece of the prospect pool that came over from the Dodgers in the trade for Manny Machado a couple years back. He wasn’t one of Baltimore’s premiere prospects entering 2020, but he made his big-league debut on Sunday against the Yankees. Sure, the Yankees are in a bit of a skid right now (5-15 in their last 20 is more than just a “skid”), but Kremer impressed to the tune of six innings of one-run ball and seven strikeouts. It could just be a flash in the pan, but the Orioles were just a half-game behind the Yankees entering Tuesday night. He has one of those high-spin rate fastballs that’s all the rage in the big leagues right now and his curveball has some nice movement on it as well. He hasn’t officially been announced for another start, but it’s hard to deny him another opportunity. If Sixto Sánchez is still available, he’s the preferred add. But Kremer is an upside waiver pickup in deep leagues. 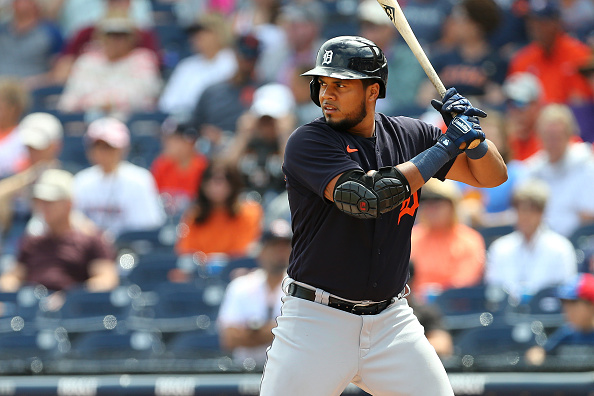 Jeimer Candelario (DET – 1B, 3B) Never in my wildest dreams would I have thought I’d write up two members of the Tigers in the same article. But here we are; 2020 in a nutshell. Since August 29th Candelario is slashing .406/.513/.688 with four extra base hits in his last three games including a home run Tuesday night. Candelario has 11 runs and 11 RBI in his last 11 games. He’s locked in as the cleanup hitter and the Tigers surprisingly still have an outside shot at making the playoffs.

Andrés Giménez (NYM – 2B, 3B, SS) Gimenez is a pretty intriguing deep-league add in my opinion. He has stolen base upside, position flexibility, and he’s riding a six-game hitting streak with nine hits in that span. Surprisingly he’s doing most of this damage hitting toward the bottom of the order, but when he gets on base the top of the order are driving him in. Like I said, he’s mostly a deep-league pickup right now, but worth keeping an eye on in 12-team leagues.

Daniel Bard (COL – RP) Daniel Bard will always hold a special place in my heart. Back in high school when he was working his way up through the Red Sox farm system, I was able to sing happy birthday to him with a couple friends of mine as he warmed up in the bullpen at Dodd Stadium in Norwich, Connecticut. I don’t condone underage drinking, but I do encourage people to serenade professional athletes when given the opportunity. Bard’s career hasn’t really taken off until now and he’s making the most of his current opportunity as the closer of the Rockies. Since August 24th he has five saves and will help in K/9 and K:BB. He’s always had elite velocity, but it is pretty nice to see him getting rewarded as the closer right now. I try and tout closers within each article so Bard is this week’s ninth inning ninja to target.