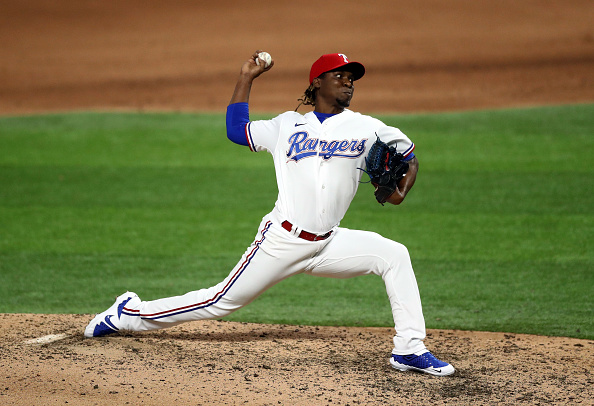 I decided to get this edition of the Waiver Wire article out a little bit earlier since I was a little late with Saturday’s article. There are some good names to pick up during this mid-week waiver rush so be sure to read each player’s breakdown. I include a couple other names like Todd Frazier and Jesús Aguilar but didn’t write them up as thoroughly as these players…

Rafael Montero (TEX – RP) I’ve really been trying to avoid listing players in back-to-back articles, but alas, Montero breaks the trend. He appeared in both Friday and Saturday’s games and locked down the saves in each contest. He’s looked very impressive and he has officially been named the closer for the Rangers with José Leclerc on the injured list. He possesses an elite fastball and can deliver a strikeout per inning. Montero is a hot commodity on waivers.

Dylan Moore (SEA – SS, OF) If I wasn’t going to include Montero, then I’d still be breaking my pattern of repeat waiver mentions with Moore. Like Montero, Moore made this past weekend’s waiver wire column and he followed that mention up with home runs in Sunday and Monday’s games. I can’t speak to whether he can keep this pace up, but there is promise. He’s elevating the ball and has a 56.7% hard contact rate heading into Tuesday’s slate of games. There’s some flexibility with Moore and he’s on a roll. He’s showcasing power and don’t forget he has speed on the base path as well. 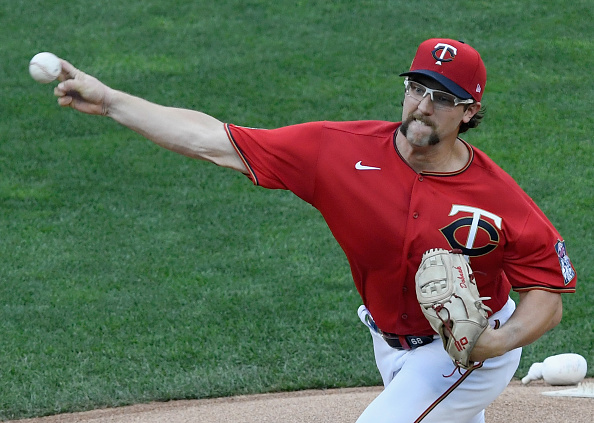 Randy Dobnak (MIN – SP) The strikeout numbers are weak, but Dobnak has a matching 0.90 ERA and WHIP on the year and he picked up his third straight win Monday night against Milwaukee. He’s valuable more in category leagues unless wins are rewarded handsomely in points leagues. Dobnak’s next two starts will come against the Royals, the first of which will be this weekend. The Royals  do have the third-best team batting average in all of baseball but the Twins offense should supply Dobnak with enough run support to earn another win.

Asdrúbal Cabrera (WSH – 2B, 3B) Cabrera isn’t a spectacular waiver wire acquisition by any means but he’s a solid player all around. He had a monstrous game on Monday night with two home runs and five RBI. He’s hit safely in 9 of 12 games this year while 8 of his 15 hits have gone for extra bases elevating his slash line to .357/.413/.738 entering Tuesday. He regularly hits in the middle of the lineup and can continue to drive in runs for Washington.

Mitch Moreland (BOS – 1B) Moreland is one of the few bright spots for the Red Sox this year. He’s currently dealing with a “barking knee” as he so put it, but it hasn’t derailed his season one bit. In ten games he has six home runs and 12 RBI. His nickname in Boston has appropriately been changed from “Mitchy Two Bags” to “Mitchy Four Bags” and he has a robust .935 slugging percentage. Sure that’ll regress, but he’s still contributing power. The power can keep him in the green in points leagues, but he has two walks to just seven strikeouts on the short season. Jesús Aguilar is a solid deep-league option in the event that Moreland is unavailable. Aguilar has three straight multi-hit games including a home run on Monday.

Anthony DeSclafani (CIN – SP) DeSclafani was a big favorite of mine many months back in the fantasy baseball Mock Draft Army. I was frequently selected him in the latter rounds of the drafts and he’s looked pretty good through two starts now. He hasn’t gone terribly deep into games, but that’s the case with a fair amount of pitchers nowadays. In 11 innings of work against Milwaukee and Detroit he hasn’t allowed a run and he’s only walked one batter. The strikeouts aren’t there, but he’s been generating a lot of soft-and-medium contact and hitters are putting it in the ground. His next start is a good one against Pittsburgh. As a team the Pirates are slashing .209/.273/.328 and they’re averaging about four runs per game. I think he’s a great streamer this week and you can assess his value from there. The next start following Pittsburgh could be against Kansas City.

Ryan Pressly (HOU – RP) Some fantasy baseball owners actually went and dropped Pressly following his disastrous blown save opportunity late last week. He followed it up by locking down the save on Monday night, although he did give up a pair of hits. He is still the best option at closer for the Astros as he’s really the only one with any experience. Dusty Baker is an old school manager. I have faith that he’ll stick with the veteran especially following Monday’s result.

Max Stassi (LAA – C) Stassi is kind of an all-or-nothing type of hitter. He has eight hits on the year entering Tuesday and half of those are home runs. So the power is certainly there for him, and he’s getting most of the starts behind the dish. He may be a risk in category leagues, but I do like him in points leagues because of the power and lack of strikeouts (so far). In fantasy baseball, the catcher position can be a bit of a revolving door so if he cools off you can throw him back into the waiver pool but I’m optimistic he can keep the offense up in a good lineup. 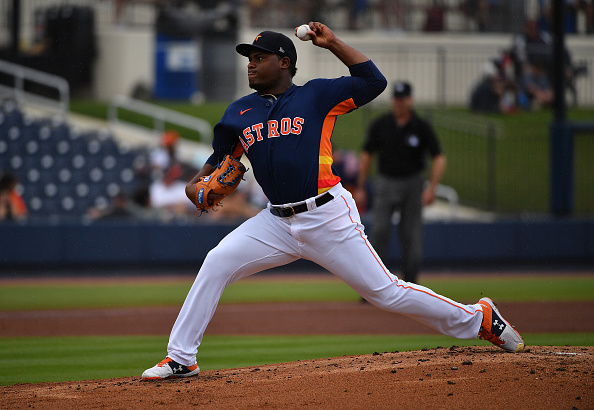 Framber Valdez (SP, RP – HOU) Valdez should get some consideration as a SP/RP that’s been getting more starts than relief appearances lately. He’s 0-2 on the year, but he’s had some tough competition against the likes of the Athletics, Angels, and Dodgers. In his last two starts against the division rivals, he collected 17 strikeouts in 13.1 innings of work while allowing just one earned run. The run support just hasn’t entirely been there for him, but the runs will come. Aside from the lack of a win, he’s been a great fantasy option. His next start will come Friday at home against the Seattle Mariners. Seattle doesn’t boast a great offense and they average less than a home run per game entering Tuesday. This will be a favorable matchup for Valdez to get his first win.

Maikel Franco (KC – 3B) I’m not as excited about Franco as I am regarding other players on this list, but he’s on a mild hot streak that deserves our attention. Entering Tuesday he had 17 hits in 17 games, but most of those had been on the more recent end of the spectrum. Additionally in his previous five games he has five runs scored and five extra base hits. He’s been hitting in the bottom-third of the order lately which is a bit unsightly, but he’s still producing. He’s not someone you need to rush to the waiver wire in order to pick up but keep him on your radar. He doesn’t generate a ton of walks so he takes a mild hit in points leagues and OBP leagues. Todd Frazier is also worth a look if you need help at third base. He entered Tuesday with four multi-hit games in his last seven starts and he offers a better BA and OBP.