Dan Malin goes examines the top catching prospects you should be considering if looking to rebuild your dynasty league or for waiver targets in 2020. 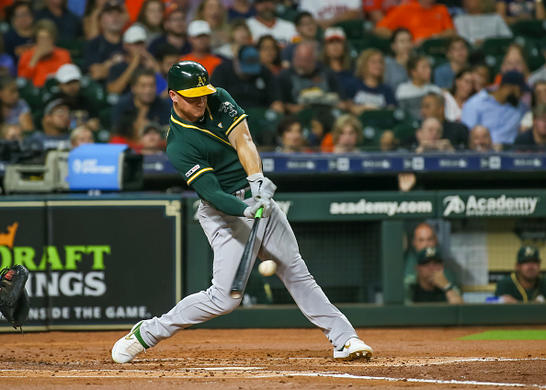 This may come off as more of a dynasty article, or a “pipeline” article. But I’m trying to mix it up here with the catcher preview so here are some names to keep an eye on if you’re maybe looking to get a little younger at the position in your dynasty league or if you want to familiarize yourself with some of the catchers of the future. Either way, some of these guys might make it to the big leagues in 2020, but some of them have more realistic ETA’s of 2021 or 2022. Let’s dive in, shall we? 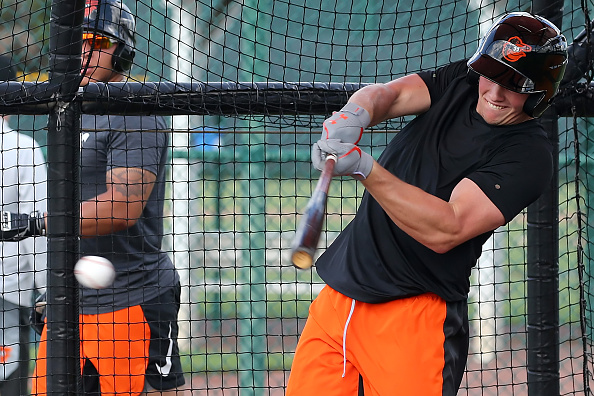 Adley Rutschman (Baltimore Orioles) – Rutschman is one of the top overall prospects in all of baseball. He’s probably a year or two away, but he’s already 22 years old and the Orioles took him with the first overall pick in last year’s MLB Draft. He had his up’s and down’s in Rookie and low-A ball, but he did hit four home runs in his first pro campaign last summer. He’s a switch-hitter that boasted a .400 batting average in his sophomore and junior years at Oregon State. He just might be the best catching prospect since Joe Mauer . He has a big frame at 6’2” and he’s 216 pounds. He could very well fly through the minor leagues if his talent is on full display and you should be pretty excited if you own Rutschman in a dynasty format. Rutschman will likely enter 2021 as the top overall prospect in all of baseball. But given the physical toll of the position, he may not stay at catcher for the entirety of his career.

Joey Bart (San Francisco Giants) – A year ago if I were to have written a similar article, Bart would’ve been atop the list. Bart, like Rutschman, was drafted very early in his respected draft class. Bart went second overall in 2018 and received a massive $7 million bonus from the Giants. In his first full professional season he made it up to Double-A ball and across both Double-A and High-A, he hit 16 home runs with 46 runs scored, and 48 RBI. Bart is much more likely to reach the majors this season than Rutschman and he could push Buster Posey over to first base if Bart’s power continues to project itself in the minors this season. Bart’s a big ole country boy at 6’3” and 235 pounds and his swing packs a punch. He’ll likely make his big-league debut in 2020.

Francisco Alvarez (New York Mets) – Alvarez may have the longest ETA of all the players listed, but the potential is there and Mets fans should be excited. He’s still incredibly young. He just turned 18 last November and still has a long way to go and plenty of development along the way. According to MLB.com he probably won’t appear in the majors for another three years and yet he’s still the 63rd-best prospect according to their 2020 rankings. The Mets liked him enough to give him $2.9 million two years ago when he was just 16. He’s a little undersized at 5’11” but he has a stocky 220-pound frame. He’s a few years away, but he’ll be worth keeping an eye on this summer working in the minors.

Daulton Varsho (Arizona Diamondbacks) – Varsho has accelerated quickly through Arizona’s farm system and it wouldn’t surprise too many people if he made his major league debut in 2020. He spent the entire season in Double-A last year and raked 18 home runs for 58 RBI and he stole 21 bases as well. His plate discipline actually improved year-over-year from 2018 to 2019 as he walked a little more (8.8% to 9.3%) and struck out less (20.8% to 13.9%). Now if he does reach the majors this year he will likely regress and have some struggles. Plate discipline at Double-A won’t carry over as well to the big leagues. But he led the Southern League in runs, slugging percentage, and OPS. He’s also an above-average defensive catcher as well. Keep an eye on him throughout Spring training and through the season as well. His speed and power make him a 20/20 candidate when he lands in the majors full-time. 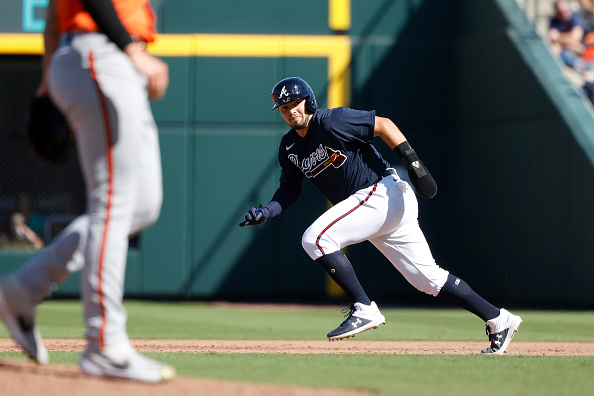 Shea Langeliers (Atlanta Braves) – If Adley Rutschman didn’t exist then Langeliers would’ve been the best backstop prospect in last year’s draft. Rutschman may be the better offensive prospect, and if we’re being honest, that’s sexier and will garner more attention. But Langeliers is one of the better defensive-catching prospects we’ve seen in recent memory. In his first full season at pro ball last summer he gunned down 41% of runners attempting to steal a base. He’s pretty agile and has a good reputation for framing pitches well. He doesn’t come with the type of power you may find with Rutschman or Bart, but he could be a formidable backspot for the Braves who are loaded with young talent. MLB.com thinks he could be up by 2021 and that is realistic considering he’s already 22 years old.

Sam Huff (Texas Rangers) – Huff’s flashed his raw power plenty of times over the last few years in the minors. Just last year in Class-A and High-A ball he hit 28 home runs in 127 games. Plate discipline is going to be a huge challenge for Huff to overcome. Last season he struck out in roughly 30% of his plate appearances while walking in just a little over six percent. That’s a pretty horrific rate. He just turned 22 so patience and discipline will need to be worked on. But the Rangers are no strangers to rostering power hitters that strike out a bit too much. Joey Gallo is notorious for striking out every three at-bats or so, but you take the good with the bad since he’s proven to have 40+ home run upside. Huff still needs to climb the ladder in the minors, but when he does reach the majors it’s unlikely that he actually sticks at catcher. He’s 6’5” and 230 pounds. That’s a lot of weight on his knees to spend a career crouched down and popping out of his squat to gun down opposing runners. A move to first base or work as a designated hitter seem more likely for this big prospect.

Luis Campusano (San Diego Padres) – Campusano really exploded in High-A Lake Elsinore last season. In 110 games he hit 15 home runs and drove in 81 RBI. He touted a .905 OPS and showcased some solid plate discipline as well. But as we’ve noted with young players, they may struggle with patience at the dish once they reach the big-league level. MLB.com thinks he’ll reach the big leagues in 2021, which is feasible since he was drafted in 2017 and 2020 marks his third full season in the minors. If that is the case there will be an intriguing competition at catcher with Francisco Mejía who is still relatively young and a former highly-touted prospect as well. For now, Campusano’s at least a year away, but he should continue his progression through the minors into Double-A.

Sean Murphy (Oakland Athletics) – So we’ve actually already gotten a glimpse of Murphy at the big-league level. He appeared in 20 games last year and made 60 plate appearances. Since he didn’t exceed the 130 at-bat threshold, Murphy still qualifies as a rookie and he’s a solid American League Rookie of the Year candidate. He’s going to come with his growing pains. He may strike out a lot and not walk enough, but he has a lot of power. In his brief stint in the majors last year he had an .899 OPS with four home runs and five doubles. Nine of his 13 hits went for extra bases. It is a small sample size indeed, but he’ll be on many radars as a late-round draft pick considering he’s going outside the top 200 in most fantasy baseball drafts.