Many sites offer fantasy baseball auction values based on expected return. Andy Spiteri explains why we at Fantasy Alarm believe it is more helpful to base the values on anticipated cost in your draft. 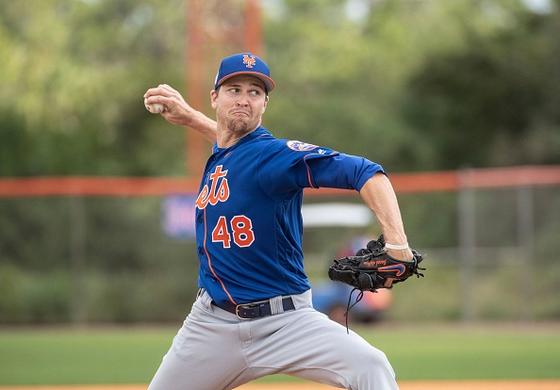 The fantasy industry for years has published auction values in magazines and on websites.  Some sites have also developed auction value generators where you can enter your league parameters and the players would be assigned values.  The question in my mind has been should the value given to a player be based upon their projections, meaning the dollar value assigned is related to what you expect the player to produce, or should it be what you expect to pay in an auction based upon the total dollar amount available to the league in the auction?

In a standard 12-team, 23-player league with an auction budget of 260 units per team, there are 3120 units available for bidding.  If you rank the top-12 players at each position including middle, corner and utility and the top-72 starting pitchers and 36 relievers (assuming an average of six starters and three relievers per team), the total of all their values should equal 3120.  Not a dollar more or less.  A player who you believe won’t be bid on should have a value of zero.  Also, I have seen sites assign negative auction values to players.  You can’t bid a negative number on someone.  I understand that the rationale behind these “values” is assigning what the person calculates the player will be worth over the season, but how does that help you during your auction?  Having auction “values” add up to more than 3120 for the players being bid upon doesn’t do you any good as you will not be sure which players are “overpriced”.

Preparation for an auction is more involved than for a draft.  For a draft you can pick up a rankings list, current ADP, etc and sit down and have a pretty good idea when a player will be taken.  As for an auction, you have so many possibilities as to who is going to get called out next.  (Read Howard Bender’s Auction Strategies article for an excellent review of how to approach an auction).  This year on Fantasy Alarm we are going to present our auction “values” as auction “prices”, what we expect you’ll have to pay in an auction that starts from scratch in 10, 12 and 15 team formats.  The prices will add up to 3120 for 12 team leagues, 2600 for 10’s and 3900 for 15’s and there will be an approximate 65/35 split between hitting and pitching.  These will give you a great base to make adjustments if you want to customize your prices to different percentages.

Note: The one thing we can’t account for is if your league bids on your bench players.  If so, a slight adjustment will have to be made by taking a few units off your budget for your position players as most bench players will go for just a single unit.  The majority of leagues and the NFBC use a snake draft following the auction to fill your bench.

What if you’re in a dynasty or keeper league?  Well you probably already know that the prices you see published have very little correlation to what you pay in your auction.  Every dynasty/keeper league is different.  The number of keepers, the price inflation each year, etc is so variable that there is only one way to prepare for it.  Do it yourself after you know who is being kept and for how much.  There is no way for a site or generator to know that in your league someone has Betts for $15, Glasnow for $1, Bichette for $2, etc.  The discounts that all keepers have will influence how much is available to be spent on the available players.  In this instance you use our “prices” as a guide and adjust accordingly based upon the total discount in your league.  For instance, if you add up the prices that each player is kept for, then add up what their values are on our site, the difference is how much “inflation” there will be on the available players since 3120 units will still be spent.  We are here to help but in this format your own prep has to be done.  The extra time it takes to formulate your own prices in a keeper format after the keepers are declared is what will make you a winner.

The way to use the values will be a little different.  What if you like a player whose value is zero more than someone we have ranked/valued?  Not everyone will agree with every player we have ranked. You can substitute that player into the valued player’s slot and assign them the same price.  If you think you’ll have to pay more or less than that, then you’ll have to adjust the price of another player(s) to keep the overall total the same.  One thing you must do during an auction is keep track of how much every player goes for and how much money each team has remaining to spend.  By keeping tabs of how much the players have gone above or below what your price is, you can predict if you’ll have to spend up on the remaining players or that you’ll be getting a discount on them.  Just a running tab of plus or minus dollars spent versus worth will keep you a step ahead of your competition.  An auction is dynamic.  Adjusting throughout the draft is a must as some players you want will go for more than you’re willing to pay.  Maybe you see that this year pitching is going for a premium and you may have to spend 40-percent of your budget on it.  This is what makes auctions, in my opinion, more challenging and more fun.  It’s the only format where you can have both Jacob deGrom and Gerrit Cole on your team.

I hope you find this change helpful and would love your feedback once you use them.  Always available to answer your questions on Twitter @gasdoc_spit.