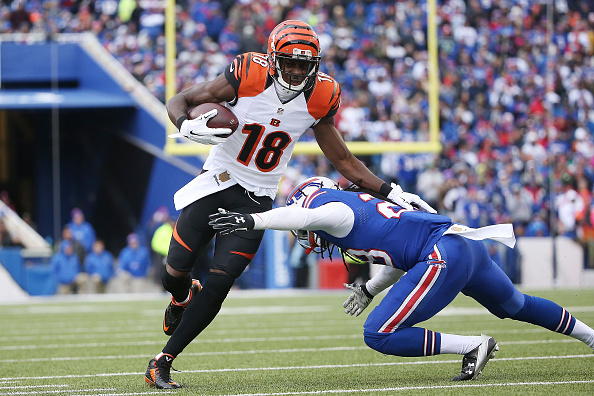 My apologies, friends. I filed late this week but hopefully you’ll forgive me since I don’t get to see many live sporting events doing what I do so I couldn’t pass up the chance to catch the Thursday night game with a couple of friends in town for the weekend. I do most of my data gathering on Thursday.

Anyway, before getting to the players identified as best for cash game action, let’s first review a couple of terms that appear frequently in this space. Chances are you’re familiar with the notion of a player’s floor and ceiling but it never hurts to make sure we’re on the same page – plus, I know at least one of you would appreciate the explanation since you asked for it. Hi Rog.

Floor is the minimum reasonably expected from a player while ceiling is plausible upside potential. The key words are "reasonable" and "plausible." Someone wanting to debate me on this will contend everyone’s floor is zero with infinity as a ceiling. Let’s use some common sense and frame expectations accordingly.

Maybe the best way to explain floor and ceiling is to make up a couple strings of points per game.

Without attaching names which could serve to bias your understanding, Player A could be a running back that gets consistent volume regardless of game flow and may score an occasional TD whereas Player B is pass-catching back that could play more if their team is behind or a back that is capable of a big play but needs that to be productive. If these are wide receivers, Player A could be a possession guy, working underneath to move the chains while Player B is more of a downfield threat and perhaps red zone target. In both instances, Player B is better for tournaments than cash game action.

And now for the players most likely to populate my cash game rosters. Next step for me is finishing research with the Fantasy Alarm DFS Playbook. Good luck with your squads.