Tom Vecchio breaks down the injury situations across the NFL, including player profiles, reasons for optimism, and reasons for pessimism. 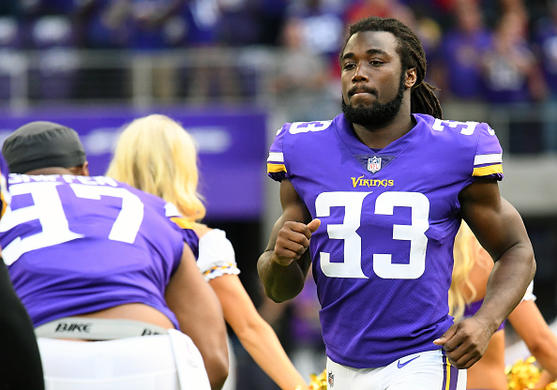 Week 5 has come and gone, which brought more injuries as usual, so let’s take a look. This news is as of Monday night, so some of this news could change come Sunday. Pay attention to the news as the week goes on and you will be in a good spot for your lineups.

Matt Ryan had an X-Ray after Sunday’s game against the Steelers, which came back negative for any fractures. His production was lower than what was expected last week, as he had a very positive game environment but was only able to come away with 285 yards and one touchdown. Hopefully, this won’t be a lingering issue for him, since he is in another fantastic spot this week against the Buccaneers, who have the 31st DVOA vs the pass.

Fournette has been ruled out once again for the upcoming Week 6. He has only played in two games this season but hasn’t seen a full role in either game. This has led to a split in the backfield between T.J. Yeldon and Corey Grant , but there is yet another change. Corey Grant went down with a season-ending injury this past week, which should only cement Yeldon in his role. We don’t know who will be the backup in what is a very fluid situation for several weeks to come.

Cook didn’t play last week versus the Eagles and his status for this week is unclear. There have been reports that the Vikings rushed him back for the Thursday night game versus the Rams and he is now set back in his recovery. With his absence, we have seen Latavius Murray take over the majority of the backfield work, as he played on 74% of the snaps last week. Rookie Roc Thomas saw 23% of the snaps last week, which should make him a fringe fantasy play at best with his limited role. 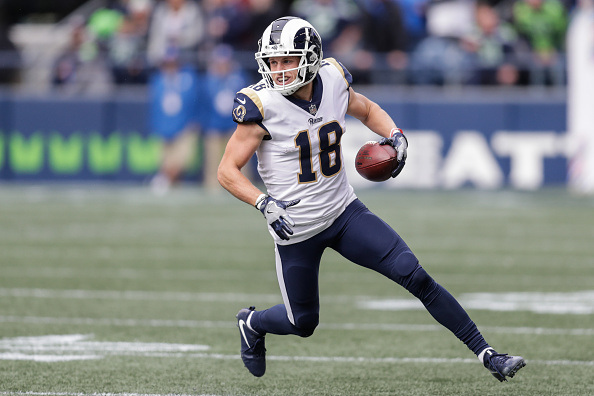 We have a two-for-one here with the Rams' wide receivers. Both Brandin Cooks and Cooper Kupp are in the concussion protocol this week after their game against the Seahawks. According to head coach, Sean McVay, he is optimistic they will both return and be available in their game this week against the Broncos. Positive reports are good, but actually passing the concussion protocol is another thing. In the scenario they are both out, we should see Robert Woods take a step forward, but we should also see Josh Reynolds see a much larger role. Reynolds is very cheap in terms of DFS and has a solid matchup this week.

Hilton didn’t play in last Thursday’s game against the Patriots and is yet another player whose status is uncertain heading into this week. He didn’t practice all of last week and wasn’t on the field as of this Monday. Prior to him getting hurt, he had seen double-digit targets in the first three weeks but only had six in week 4, which is when he suffered the injury. In his absence, we have seen Ryan Grant play on 82% of the snaps, Chester Rogers play on 77% of the snaps and Zach Pascal also on 77% of the snaps.

It may seem like a bit overdone at this point, but Larry Fitzgerald is on the injury report yet again. He has been on the injury report almost every week, but he has also played in every single game at this point. With Fitzgerald getting up there in age, it may just be precautionary to limit his practice and workload throughout the week. It still should be noted since he has played on 82% of snaps or more in four of five weeks this season.

Lamar Miller was “active” on Sunday night and was in pads, but didn’t step on the field once. He had seen 14 or more carries in three of the first four weeks and is dealing with a chest injury, which is what kept him out on Sunday. In his place, we saw Alfred Blue play on 99% of the snaps Sunday night against the Cowboys. Blue was on the field for all but a single offensive snap, which is a massive role and something you want to pay attention to if Miller is out again this week.

Higgins is dealing with an MCL sprain and is expected to miss a few weeks according to reports. He caught his first touchdown of the season this past Sunday versus the Ravens and has been playing 61% of the snaps thus far this year. The main target in the passing game will continue to be Jarvis Landry , who has seen double-digit targets in four of five weeks this season. With Higgins out, we should see Rod Streater and Derrick Willies see more action, as they did when Higgins went out on Sunday.

Ross missed last week’s game against the Dolphins, but the Bengals were able to come away with the win. Ross has clearly taken a back seat to Tyler Boyd , who has been a large part of this passing offense along with A.J. Green . Ross has massive big play upside with his speed and has found his way into the end zone twice this season. 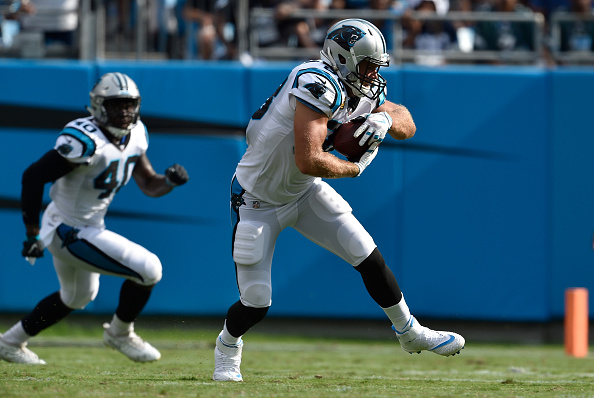 Olsen was hurt in week 1 but is on track to play this week against the Redskins. Reports started coming out last week that Olsen was in line to play this week, but that has yet to be confirmed. When he is healthy, he has always been one of the more productive tight ends and one of the favorite targets of Cam Newton . If he does come back this week, he may not see a full snap count, which will limit his fantasy value.

Doyle has missed three-straight weeks for the Colts, which has given rise to Eric Ebron . Doyle saw 15 targets in the two games he played this season while adding 80 yards. He is clearly the better tight end between him and Ebron and has shown to have solid chemistry with Andrew Luck .

Bernard has a sprained MCL and should miss 2-4 weeks. The Bengals got Joe Mixon back last week and he played on 78% of the snaps. Bernard was very solid as a fill-in for Mixon and now with him out, he might not even be worth a roster spot on your team, since Mixon appears to be healthy and have control of the backfield. 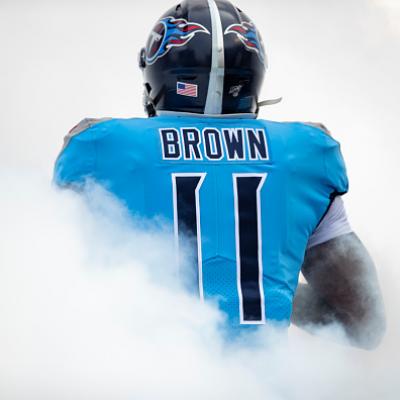 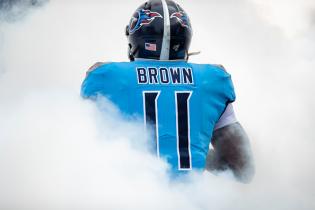 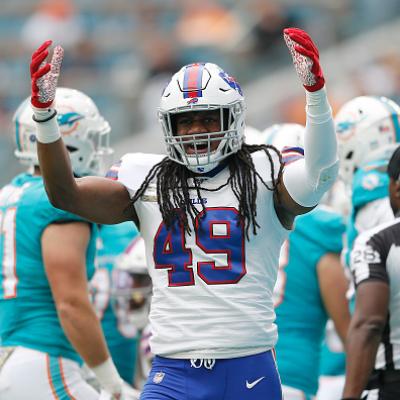 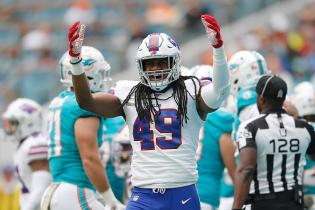 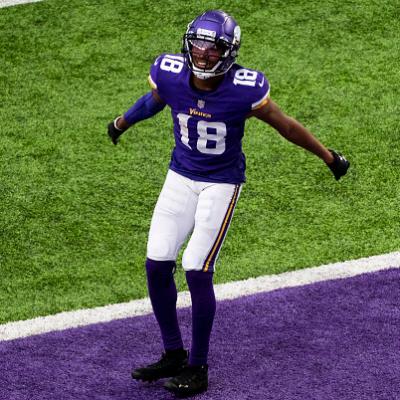 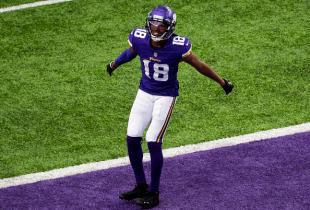 C. Newton - QB
NE1
Speaking Thursday, Cam Newton (abdomen) said he is not concerned about his Week 13 status against the Chargers.
Newton has been getting in "limited" practices. "I'm feeling as good as I should be feeling," Newton said. "You just have to stay on top of things, see what the trainers say. Just keep getting treatment." Newton hasn't looked quite right physically in a while, but it is not surprising he is playing through it. Despite his scattershot passing and almost nonexistent aerial scores, Newton's rushing continues to keep him on the QB1/2 borderline at a position that is as thing as it has been in a while.
Added 5:14 pm (EST)
Added 5:14 pm (EST)

K. Ballage - RB
LAC1
Kalen Ballage (ankle) was limited at practice Thursday.
He was limited on Wednesday too. He was inactive last week against the Bills as Austin Ekeler came back from his hamstring injury and took over as the team's workhorse runner. Ballage likely won't have much of a role as long as Ekeler is healthy.
Added 5:13 pm (EST)
Added 5:13 pm (EST)

N. Agholor - WR
LV1
Nelson Agholor (ankle) didn't practice Thursday.
Agholor was sidelined on Wednesday too. If Agoholor -- the team leader in air yards through 12 weeks -- misses this week's tasty matchup against the Jets, look for Henry Ruggs to get extra snaps and targets in Week 13. Ruggs has a team-high 18.5 air yards per target this season. He would be a WR4 option if Agholor is inactive.
Added 5:08 pm (EST)
Added 5:08 pm (EST)

J. Jacobs - RB
LV1
Josh Jacobs (ankle) remained sidelined at Thursday's practice.
Nelson Agholor (ankle) also remained sidelined. Jacobs' injury supposedly "looked worse than it is," but back-to-back DNPs have him in grave danger of missing Sunday's game against the Jets. Despite last week's horrendous loss to the Falcons, even the Raiders could probably make the calculation that they will handle Gang Green without Jacobs. Devontae Booker would lead the Raiders' backfield in Jacobs' absence, with Jalen Richard and Theo Riddick mixing in for change-of-pace touches. Riddick came off the COVID-19 list earlier this week.
Added 5:07 pm (EST)
Added 5:07 pm (EST)

B. Cashman - LB
NYJ
Jets placed ILB Blake Cashman on injured reserve with a hamstring injury, ending his season.
Since this is Cashman's second I.R. placement of 2020, he is ineligible for return. It is the third time in two seasons he has been stashed on the reserve list. The 24-year-old finishes 2020 having contributed just 48 snaps. The 2019 fifth-rounder will be on the spot for a 53-man roster spot next summer.
Added 4:47 pm (EST)
Added 4:47 pm (EST)

K. Hodge - WR
CLE
Browns WR KhaDarel Hodge was added to Thursday's injury report with a hamstring issue, getting in a "limited" session.
Bad news for those in Browns-only leagues. Hodge has caught three passes in back-to-back games. Hodge's absence against the Titans would ever so slightly up the target floors for Rashard Higgins and Austin Hooper in what is forecasted to be a Week 13 shootout.
Added 4:40 pm (EST)
Added 4:40 pm (EST)

D. Johnson - RB
HOU1
Speaking Thursday, Texans OC Tim Kelly said David Johnson (concussion) "looks great" since he resumed practicing on Wednesday.
"He's done a good job," Kelly said. "Look forward to working him back in the mix." Since Johnson is still technically on injured reserve, the Texans do not have to publicly update his practice status, but it certainly sounds like he will be back for Sunday's game against the DeForest Buckner-less (for now) Colts. Duke Johnson showed nothing during David's absence, so he will immediately slot back in as a low-end RB2 for an offense that is going to have to lean more on the run after losing Will Fuller to suspension. Johnson's status will be updated no later than Friday afternoon.
Added 4:34 pm (EST)
Added 4:34 pm (EST)

K. Mack - LB
CHI
Khalil Mack (back) didn't practice on Wednesday or Thursday.
Bears head coach Matt Nagy made it sound like Mack's missed practices were precautionary. His Week 13 availability against Detroit will likely come down to whether Mack can practice on Friday.
Added 4:31 pm (EST)
Added 4:31 pm (EST)