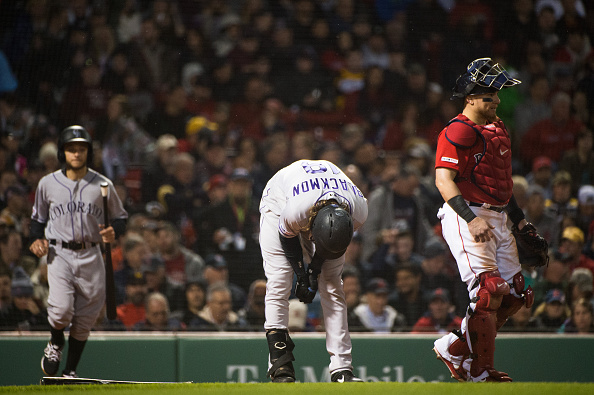 There has been lots of injury news and developments this week which will impact roster and lineup decisions over the weekend and heading into next week.  We are heading into Memorial Day Weekend which is a good line of demarcation to evaluate where your fantasy team stands.  Everyone has dealt with a plethora of injuries, so in order to be successful you must focus on accumulating depth and roster flexibility in order to withstand the chaos.  So without further ado, here is the next edition of the fantasy baseball emergency room. 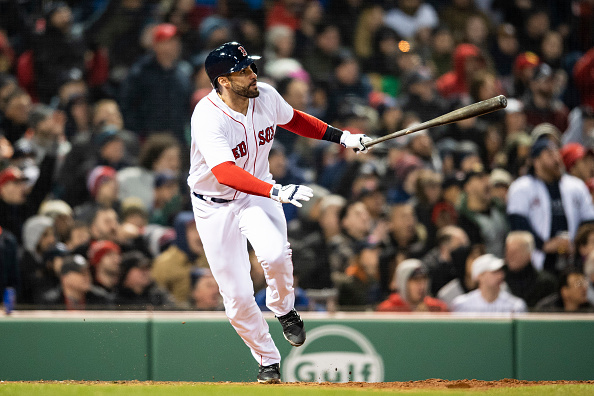 Red Sox slugger J.D. Martinez has missed the past several games due to a sore back and an illness.  Right now it does not appear that he will need a stint on the injured list and there is a good chance he is able to return to the lineup on Friday.  The Red Sox have gotten hot in May and Martinez is always in the middle of things as he is batting .308 with nine home runs, 29 RBI, 28 runs scored and one stolen base.  Martinez is an elite offensive player so his pending return will be a big boost for fantasy GMs that have been without him all week.

Blackmon suffered a calf injury after fouling a ball off himself on Thursday.  He initially remained in the game until he aggravated the injury later on in the field.  This is terrible timing as Blackmon has been red hot after getting off to a slow start to the season.  He has raised his batting average to .298 to go along with ten home runs, 31 RBI, 35 runs scored and two stolen bases.  He will likely miss a game or two, possibly more depending on how his body recovers.  Keep a close eye on this situation as GMs will certainly not want to see Blackmon get sent to the injured list.

Peralta is considered day-to-day right now with soreness in his right shoulder after he was removed from Tuesday’s game against San Diego.  He was out of the lineup on Wednesday and then got another day of rest with the Diamondbacks being off on Thursday.  Peralta has been banged up for a couple weeks with upper body injuries so he could be held out another day or so to allow him time to heal.  He is a solid fantasy outfielder batting .309 with seven home runs, 30 RBI and 28 runs scored, so keep him stashed until we know when he will be back on the field.

Rockies closer Wade Davis has been placed on the 10-day injured list with a strained left oblique.  He hadn’t pitched in over a week so the roster move is not surprising.  Colorado announced that Scott Oberg would be the team’s closer in Davis’s absence as he has compiled a 1.77 ERA thus far in 18 games.  Oberg is worth targeting on the waiver wire as a short-term option for saves but Davis is expected back within a couple weeks.  He is 1-1 with a 2.45 ERA, 1.50 WHIP, 18 strikeouts and seven saves in 17 games and should be stashed on your bench or an IL slot.

It has been an especially tumultuous week for Robinson Cano who was chastised for not running out a ball that ended up being a double play.  He has been quite disappointing overall batting .241 with three home runs, 13 RBI and 15 runs scored thus far and will now be shut down for a couple weeks with a strained left quadriceps.  The ironic thing is that he suffered this injury running hard to first base.  Look for Adeiny Hechavarría to see most of the playing time at second base while Cano is out with Luis Guillorme also getting some opportunities.  However, neither Hechavarria nor Guillorme should be on anyone’s fantasy roster.

Twins outfielder Max Kepler was taken out of Thursday’s game against the Angels with a right knee bruise.  He was hustling on a fly ball and crashed into the outfield wall which caused the injury.  He has been a solid OF4 or OF5 thus far batting .260 with ten home runs, 25 RBI, 31 runs scored and one stolen base.  He has been a big part of the Twins early season success and will probably miss a game or two to allow the injury to heal.  Right now there is no indication he will require an extended absence so monitor his situation on a daily basis to see when he is able to return.

Rangers rookie Willie Calhoun has been placed on the 10-day injured list with a strained left quadriceps.  This could not come at a worse time as he was on fire since being called up to the big leagues batting .435 with two home runs, seven RBI and five runs scored thus far.  He sustained the injury earlier in the week and will likely require more than the minimum ten days as Texas will not take any chances with their top prospect.  Delino DeShields has been recalled to replace Calhoun and is only worth an acquisition if you are desperate for some cheap stolen bases.

Seattle finally made a roster move with Dee Gordon as he is being shut down now to recover from a wrist contusion.  He initially suffered the injury a couple weeks ago when he was hit by a pitch on the right wrist and tried playing through it.  The results were not there so the injury is still clearly affecting Gordon which prompted the roster move.  Gordon has been his typical self this season batting .281 with three home runs, 19 RBI, 16 runs scored and 12 stolen bases.  He should be stashed on your bench or an IL slot until he is ready to come back.

The Mets depth is certainly being tested right now as Jeff McNeil has also been placed on the 10-day injured list with a strained left hamstring.  He sustained the injury a few days ago running to second base but is only expected to miss the requisite ten days.  The Mets played J.D. Davis in left field in McNeil’s place so he could see consistent time there over the next week and a half until McNeil is able to return.  The scrappy McNeil is worth owning in fantasy leagues due to his positional flexibility and the fact he is batting .33. 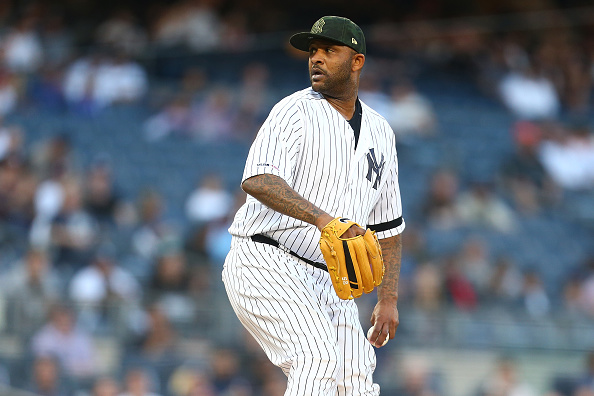 Another Yankee has gone down as C.C. Sabathia is the latest in pinstripes to be sent to the 10-day injured list.  The veteran starter is dealing with inflammation in his left knee and has been shut down after admitting that he has had difficulty finishing his pitches due to the knee issue.  He got banged up by the Orioles which is cause enough for concern, so now the future Hall of Famer will be out for a few weeks.  He has pitched relatively well thus far going 3-1 with a 3.48 ERA, 1.26 WHIP and 34 strikeouts in 41.1 innings over eight starts.

The third Mets player on the injury report this week is outfielder Brandon Nimmo who was placed on the 10-day injured list with inflammation in his neck.  An MRI revealed the inflammation earlier this week so the Mets have shut him down to allow him sufficient time to recover from this painful situation.  Nimmo has struggled mightily all season batting just .200 with three home runs, 14 RBI, 20 runs scored and one stolen base.  The time off could serve him well but fantasy GMs have no reason to keep him rostered right now.  He showed the potential last year to be a great OBP player with a ton of runs scored, but he has lacked plate discipline and appears overmatched by big league pitching.  Carlos Gómez should see a majority of the playing time in Nimmo’s absence which should be at least several weeks.

Narvaez was taken out of Wednesday’s game against Texas after fouling a ball off of his knee.  He suffered a contusion and had an off day on Thursday to help the recovery process.  It is not known whether he will need additional time off yet, but if he does miss any additional time then Tom Murphy would play in his place.  Narvaez has been a solid fantasy contributor thus far batting .307 with eight home runs, 20 RBI and 25 runs scored.

It has been a steady plummet into the abyss for Collin McHugh who has landed on the 10-day injured list with a right elbow injury.  He started out the season in dominant fashion and then fell off a cliff before losing his starting job and being demoted to the bullpen.  He is now 3-4 with a 6.04 ERA, 1.23 WHIP and 48 strikeouts in 44.2 innings and is not worth owning in any fantasy league format as the Astros will be in no rush to get him back on the mound.

Rookie Oscar Mercado was removed from Thursday’s game against Tampa Bay after suffering a contusion on his right hip when he collided with Leonys Martin on what became an inside-the-park-home run by Kevin Kiermaier .  Mercado was recently called up to help address the Indians injury situation in the outfield, but now he could miss a game or two due to this injury.  Mike Freeman came in to replace him but he is not worthy of fantasy consideration.  Mercado is batting .238 with no home runs, three RBI and five runs scored in 21 at bats thus far and is still worth considering in deeper leagues.