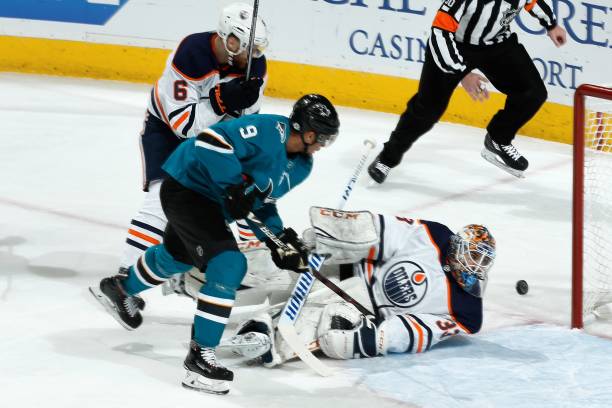 Christmas arrived in late February for veteran center Stastny, who might be available in shallow year-to-year or keeper leagues right now. While everybody is currently talking about Islanders captain John Tavares and his pending UFA status on July 1, the 32-year-old Stastny might be the second-best center primed to hit the market this summer. To that end, Winnipeg should help his situation on a line between Patrik Laine and Nikolaj Ehlers.

Like Stastny, Kane should be extremely happy with how the trade deadline shook down in the end. The 26-year-old pending UFA seems like a natural fit in San Jose. He should continue to produce quality numbers down the stretch and should seriously consider staying with the Sharks beyond 2017-18. His keeper value would rise as a Shark. For now, Kane might not be available in a ton of leagues but pick him up immediately if (somehow) he is. 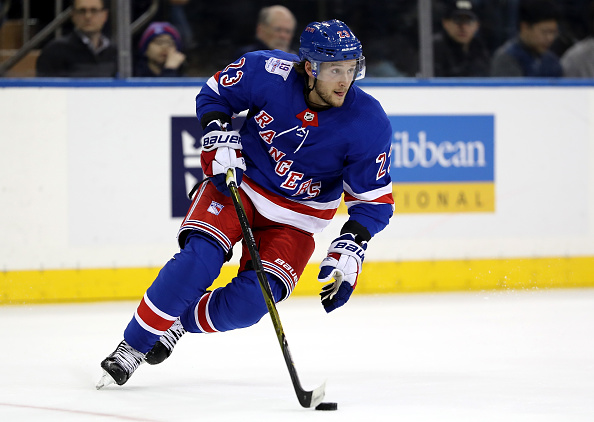 Another player who was traded at the deadline, Spooner was part of the package New York obtained from Boston in the Rick Nash deal. Not only is Spooner a true fantasy sleeper heading into 2018-19, he might out-produce Nash down the stretch. In his first two games as a Ranger, the 26-year-old playmaker produced five assists against Detroit and Vancouver. Is this a sign of things to come? Pick him up, and then find out first-hand.

Somewhat surprisingly, the 35-year-old Cammalleri was NOT traded before the deadline earlier this week. Perhaps the Oilers did not receive any offers of substance in exchange, so Edmonton will play out the string with a veteran who is red-hot (last 3 GP, 0-5-5). A true sniper in his younger days, Cammalleri has turned into a playmaker this season (he has 22 assists, but only 5 goals, in 55 games). He may have one more season in him.

Unfortunately, a hand injury interrupted the start of his regular season. In fact, it cost Rodrigues 19 games. However, he has only missed two games since and has started to establish himself as a full-fledged NHLer with the Sabres. With three points in his last two games, the 24-year-old forward is doing his best to fill in for the injured Jack Eichel (his former teammate at Boston University) at center. Rodrigues is a true sleeper for '18-19.

Incredibly, Smith is now in his seventh season in Nashville. This is a bit stunning because the 28-year-old winger has seemingly been the subject of trade rumors for several years now. However, the latest trade deadline has come and gone and the Madison, Wisconsin native (selected 98th in the 2009 NHL Draft) is still with the Predators. With three points in his last two games, Smith is now on pace to challenge his career-best numbers. 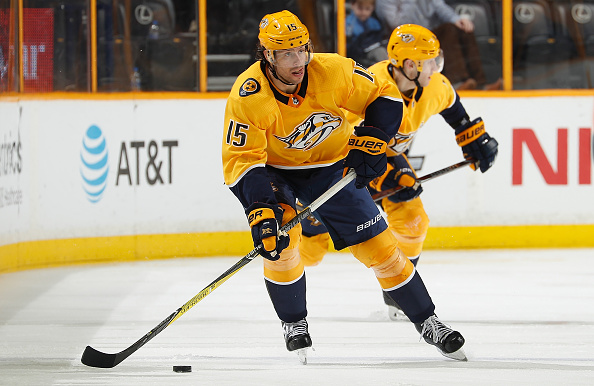 At times, Niskanen sees time on Washington's second power-play unit. However, sometimes franchise winger Alex Ovechkin stays out for the full two minutes. Therefore, Niskanen is not an ideal fantasy defenseman at this time. However, he can still help certain fantasy owners (and he rarely hurts you). Furthermore, Niskanen's status in D.C. could grow between now and the start of 2018-19 (since John Carlson can become a UFA on July 1).

Fantasy leaguers searching for some help on defense could take a serious look at the Rangers rookie rearguard. Pionk, who was recalled to the National Hockey League for the first time on February 8, has seen Brendan Smith assigned to the AHL, captain Ryan McDonagh traded to Tampa Bay and Steven Kampfer placed on Injured Reserve. The 22-year-old is not only a keeper-league pickup at this time, but Pionk is worthy in most leagues.

He was just recalled by Chicago for the first time in his career, so he might have a few nerves in his stomach for the first few games. However, Highmore might be given a legitimate opportunity with the Blackhawks for the rest of 2017-18. At the time of his recall, the 22-year-old was leading the Rockford IceHogs in both goals and points in his first professional campaign. He spent the previous five seasons with the Saint John Sea Dogs (QMJHL).

Keeper league alert! The Swedish winger is on fire down on the farm and is now tied for second in AHL scoring with 51 points in 50 games for the Toronto Marlies. The Maple Leafs may not need his services at all in 2017-18 but, with forwards James van Riemsdyk, Tyler Bozak and Leo Komarov all scheduled to become unrestricted free agents on July 1, Johnsson might be an internal replacement ready to take over in 2018-19. Grab him!