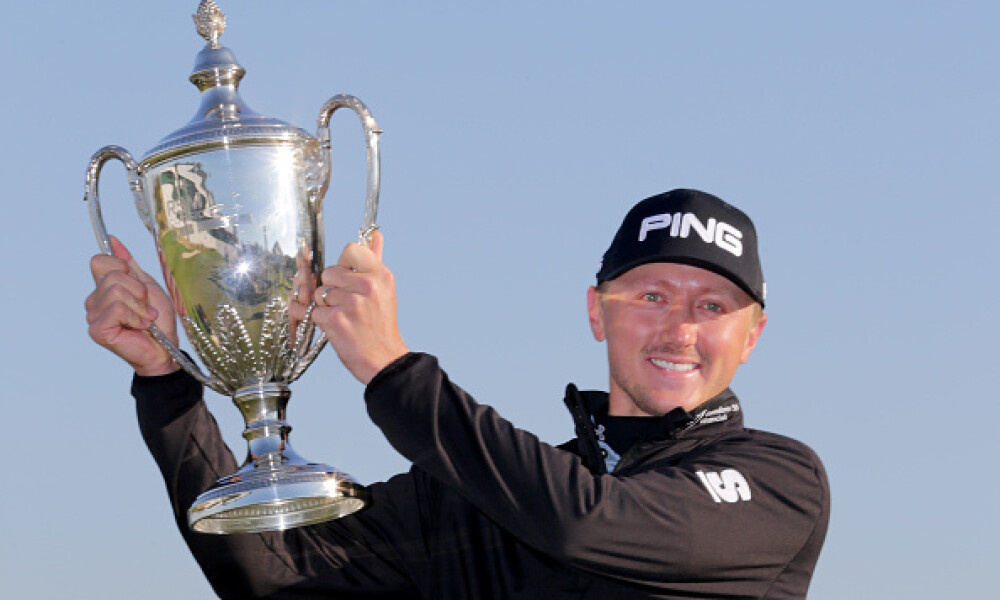 Tony Finau proved once again that the PGA Tour is really different week to week.  He missed the cut at the Mayakoba two weeks ago and bounced back in a big way to rout the field in Houston.  Finau made a statement shooting 65-62 to start the tournament and played steady golf over the weekend to lock down the win.  No one really gave him a real push which made it pretty anticlimactic.  Good showings from Scottie Scheffler but not enough to move up in the world golf rankings.  I liked what I saw from Aaron Rai and Keith Mitchell as well.  It was also a solid weekend for the playbook with good performances from some value options like Justin Rose, Mackenzie Hughes and Davis Riley.  These players leave Texas and head to the Peach state for the RSM Classic.

I am a little thankful that this is the last year of the wrap-round schedule.  The whole fall schedule throws me off because I just don’t think of golf as a year round sport.  The benefits though of this portion of the schedule is you get to see more of the young players and grinders on the PGA Tour before the meat of the season begins.  Most of these players are on the lower tier having to grind through the fall and winter while the top dogs can pick and choose the events they wish to attend, usually because of sponsorship responsibilities.

The RSM Classic will be the last full field event of the 2022 calendar year.  The only event remaining before we ring in 2023 is the Hero World Challenge and that is a no cut event.  This event should not be looked past, the tournament has come down to a playoff in four of its last six editions.

This tournament is played on two courses at the Sea Island Golf Club.  First, we have the Seaside course which is a par 70 and measures out to just 7,005 yards from the championship tees.  Then the Plantation course, a par 72, that stretches out to 7,060 yards. Both of these courses are played on really fast Bermuda grass and they are true ocean tracks on the southern tip of the island.  You’ll see all the traditional links course staples like ocean vistas, tidal creeks, dunes and salt marshes throughout the course.  Each of the players will play both the Plantation and Seaside courses over Thursday and Friday but then the tournament will be decided on the Seaside course over the weekend.

When you have short tracks like these, accuracy is usually the first thing I’m looking for when selecting my players. The history of success at the RSM has not shown distance off the tee to be as important as other statistical markers. For example, I will look closely at Strokes Gained: Approach and Scrambling.  We want these guys to fire the ball in there nice and tight but when they do miss, they need to be able to get themselves out of trouble.  These players will go low this weekend, the winners over the last three years have all been 19 under par.  The factors I’ll be looking at when picking players this weekend, course history, current form, Strokes Gained: Approach, Greens in Regulation, Birdie or Better Percentage, Scrambling, and Strokes Gained: Putting.

The weather looks to be pretty good this weekend with weather in the upper 50s and tickling the low 60s.  There is no rain in the forecast for most of the weekend but there is a 50 percent chance on Sunday.  The winds are projected to be calm for Sea Island in the low teens throughout the tournament.