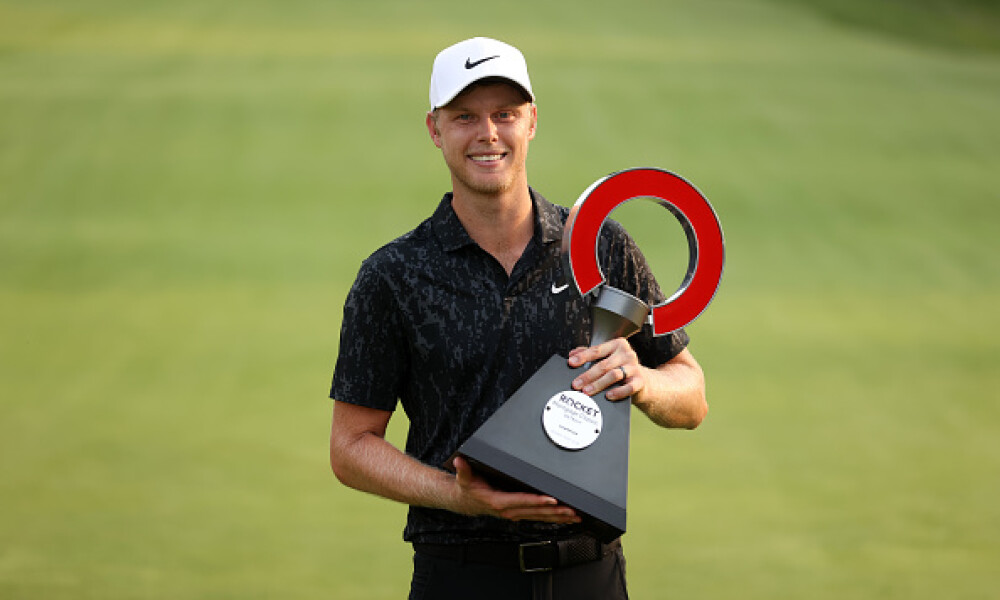 You have to give it up to Tony Finau for his performance on Sunday.  He started the final round in a tie for third down five strokes to Scott Piercy but fired a final round 67 to claim a three shot victory over Sungjae Im.  Piercy imploded in the fourth round shooting a five over 76 to fall into a tie for fourth place.  I found it surprising that this was Tony’s only third career PGA Tour victory.  This 32-year-old still has a lot of game to win more and maybe even a major down the road.  He will tee it up once again this weekend in Detroit.

The PGA Tour made its return to the Motor City for the first time in seven years in 2019.  That did make me a little sad because it meant Washington D.C. lost its yearly event.  This week also marks my eighth year writing the PGA DFS Playbook for Fantasy Alarm. I want to thank everyone at Fantasy Alarm for continuing to support me as their DFS PGA Golf writer and especially all of you who have continued to read my articles. We have grown together and become smarter and better players. Let's continue to win together.

The Detroit Golf Club is set up as a stock par 72 and stretches out 7,340 yards.  This will be the first tournament in a while to have a full stock of par 5s. Two of those Par 5s are reachable in two by most every player in the field while one of them is 635 yards and was ranked as the hardest Par 5 on Tour.  This course also features poa greens that are hard to land and stick. The rough around the greens will give these players fits, so scrambling will be important and getting on the greens in regulation will be at a premium. Also, having a nice history on poa greens is always a plus but not a dealbreaker.  When you look over the history at this event, you will see lots of great iron players in the mix come Sunday.  Players will need to go low each round to keep up as the average winning score over the first three editions is 22 under.

The biggest change as the calendar moves to July on the PGA Tour Schedule is the field strength. We've seen fantastic fields up until last week but this one takes a step backwards. We've got only one player inside the Top 10 in the World Golf Rankings which is Patrick Cantlay.  While some of the big names like Rory, Rahm, Thomas, and Spieth take a break, we've still got a really nice young crop of talented players in Detroit this weekend. It should make for an exciting tournament.  When you’ve got a lackluster field like this one, it immediately tells me I’ll go with more of a stars and scrubs approach and try to get as many of those limited stars into my lineups as possible.

The 2021-2022 PGA Tour season is coming to an end.  We’ve got two weeks left for players to make it into the Top 125 of the FedEx Cup Standings.  That’s a factor you should take into account when picking players at the Detroit Golf Club.  There are a lot of guys who are making a last minute push to get into the 125 man field at the Fedex St. Jude Championship.  The golfers who have already locked up spots in the FedEx Cup Playoffs are taking a break until the start on August 11th.

There is nothing much to talk about when it comes to the forecast this weekend.  The temperatures will be in the mid-80s throughout with no rain in the forecast.  The winds won’t get over 10 miles per hour at any point during the tournament.  Obviously any of those things can change but as of now, this is how it stands.

ONE & DONE PICK OF THE WEEK: Taylor Pendrith