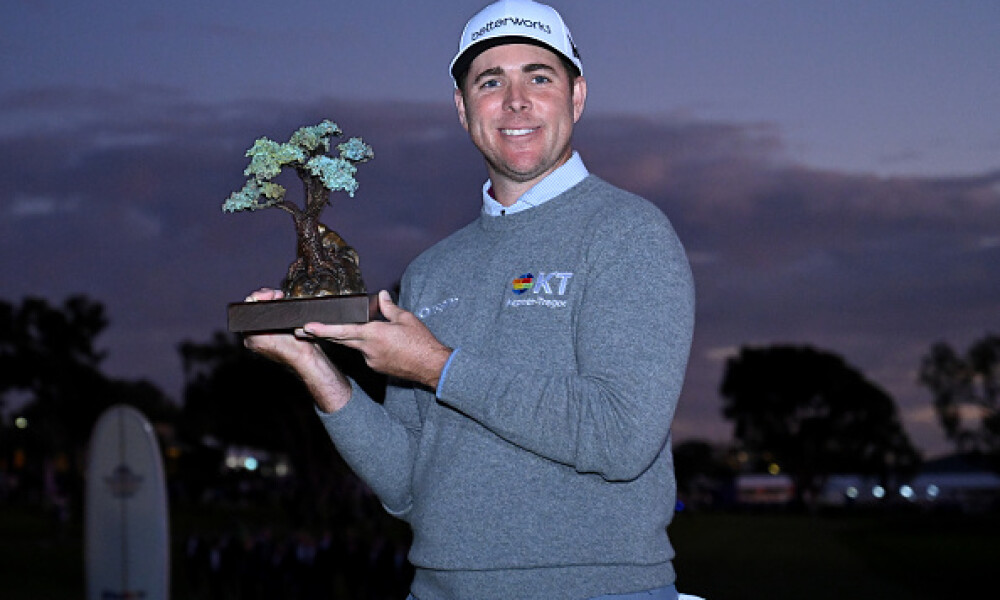 It was quite a great weekend in La Quinta, California for the DFS PGA Playbook. Jon Rahm continues his dominance to start the 2023 calendar year with two starts and two wins thus far. Taylor Montgomery continues to shine for DFS players with a top-five finish. It was great to see Tom Kim bounce back like we expected with a top-10 finish after missing the cut at the Sony Open. In total, eight of the 18 players listed finished inside the top-26 at the American Express. One of those golfers was listed under 7K on DraftKings. Davis Thompson was the big winner of the weekend for players and helped a lot of people win big money in DFS. Our very own managing editor Jon Impemba won $4,000 using the playbook with Davis Thompson. He finished second and was owned in less than three percent of lineups. We have to hope to ride this momentum into the Farmers Insurance this weekend just three hours southwest of the desert.

Torrey Pines is a 36-hole municipal public golf facility owned by the city of San Diego, California. It sits on the coastal cliffs overlooking the Pacific Ocean in the community of La Jolla, just south of Torrey Pines State Reserve. It hosted the 2008 and 2021 U.S. Open, Jon Rahm won his first of hopefully many major championships on the south course. He is teeing it up once again this weekend and obviously he’ll be at the top of my playbook.

It was last year when this tournament debuted its new Wednesday through Saturday format. The PGA Tour thought it best to not compete with the NFL Conference Championship games coming up this Sunday. Television is the other reason, CBS holds the rights to the Farmers Insurance coverage and they also broadcast one of the two football games on Sunday. The NFL is king and takes priority over everything else, especially games of this magnitude. The PGA Playbook and Example Lineups will be released early on FantasyAlarm.com on Tuesday because the lineups lock at 12:00pm Eastern on Wednesday!

Ok, let’s get into this event which is played over two courses. The players will play each the North and South courses on Wednesday and Thursday but then play the last 36-holes on the championship South course. The North course is the easier course and measures out to only 7,258 yards and is a Par 72. If you are playing the Showdowns, make sure you stack your golfers playing on that course. The South course is consistently ranked as one of the toughest tracks on tour and stretches out 7,765 yards. That’s actually a little longer than it played for the U.S. Open but it’ll play as a Par 72 this week instead of a Par 71. These players must take advantage of the short North course to make the weekend. Length will be at a premium this week, you won’t see too many players in my playbook who don’t average over 300 yards off the tee. The South course features a lot of long Par 4s which means I’ll take a closer look at Par 4 Efficiency for these players. The championship course ranks inside the Top-15 toughest in Fairways Hit, Greens in Regulation, Proximity and Scrambling. I’ll keep a close eye on Strokes Gained: Putting because these are poa annua greens.  No putt is safe on poa annua, no matter the distance. You will see players listed in my playbook who are known to putt better on these surfaces.

We’ve got the best overall field of the 2022 calendar year. Defending champion Luke List is in the field along with the guy he beat out in the playoff last year Will Zalatoris. Jon Rahm, Tony Finau, Collin Morikawa, Xander Schauffele, Justin Thomas, Sungjae Im, Max Homa and Hideki Matsuyama make up the top tier talent in the field this weekend.

My “one and done” pick will be Jason Day.