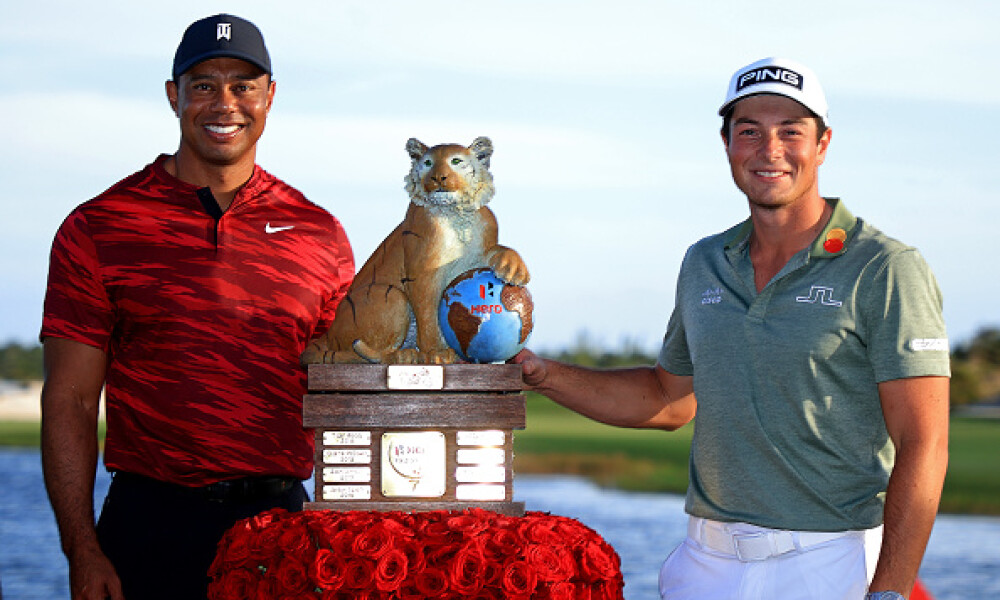 We are back from Thanksgiving for one more week of action before the only real break on the 2022-2023 PGA Tour schedule.  Before we get into this week’s action, I had to congratulate Adam Svensson on his first career victory at the RSM a couple weeks back.  The Canadian had knocked on the door a few times but finally got over the hump.  I don’t think this will change his career but it will give him more confidence down the road.

The Hero World Challenge tees off for the seventh time in the Bahamas on Thursday morning.  This exclusive invite only event brings in a 20-man field along with a huge prize pool for only the best in the world.  Tiger Woods is the official host of the event but he will not participate in the event after coming down with plantar fasciitis.  He said that he can swing the club but walking is his major concern.  We will see him tee it up with his son Charlie at the PNC Championship and in “The Match” alongside Rory McIlory before the end of 2022.

Albany Golf Club is a par 72 that stretches out 7,414 yards with five Par 3s and five Par 5s.  Long hitters will have the advantage on two par fives which can both top out over 600 yards.  The Par 3s are reasonable in length, only two of them over 200 yards in length.  Number 7 and 14 are both drivable Par 4s for most every guy in this field but both come with risk reward decisions.  In three of the last four editions of this tournament, the winner has come in at 18 under par and the other won at 20 under.  We will see fireworks this weekend in the Bahamas.

I am only presenting my example lineups for this event because of the limited field.  You also should be avoiding cash games in a field this small.  There is something to be said about being different and trying a lineup with like one top priced option and loading up on the guys at the bottom of the pricing sheet.  The more money you leave on the table, the more you can differentiate yourself in tournaments.  Those are the type of strategies and risks you have to take to put yourself in contention in these large field GPPs.

HERE ARE A FEW OF MY FAVORITE TARGETS:

TONY FINAU - It is hard to ignore Tony.  He has won three of his last seven starts.  That’s three wins, you heard me right.  Tony has played in this event three times in a row and actually finished second in his first trip back in 2018.

TOMMY FLEETWOOD - While this is only his second trip to the Hero World Challenge, he finished third in his debut.  The Englishman is red hot finishing 4th at the CJ CUP, won at Nedbank and 5th at the DP World Tour Championship.

COLIN MORIKAWA - We all love a good narrative in DFS and what better than just returning to action after his honeymoon.  Colin finished fifth last year at this event in his debut but he blew a five stroke lead heading into the final round.  I would say that’s a mighty big chip on his shoulder.

TOM KIM - Tom has become a darling when it comes to DFS golf.  He already picked up his second career PGA Tour victory at the Shriners this season.  He followed up that win with an 11th and 25th place finish.  The kid has all the tools to be a threat week in week out on the PGA Tour.