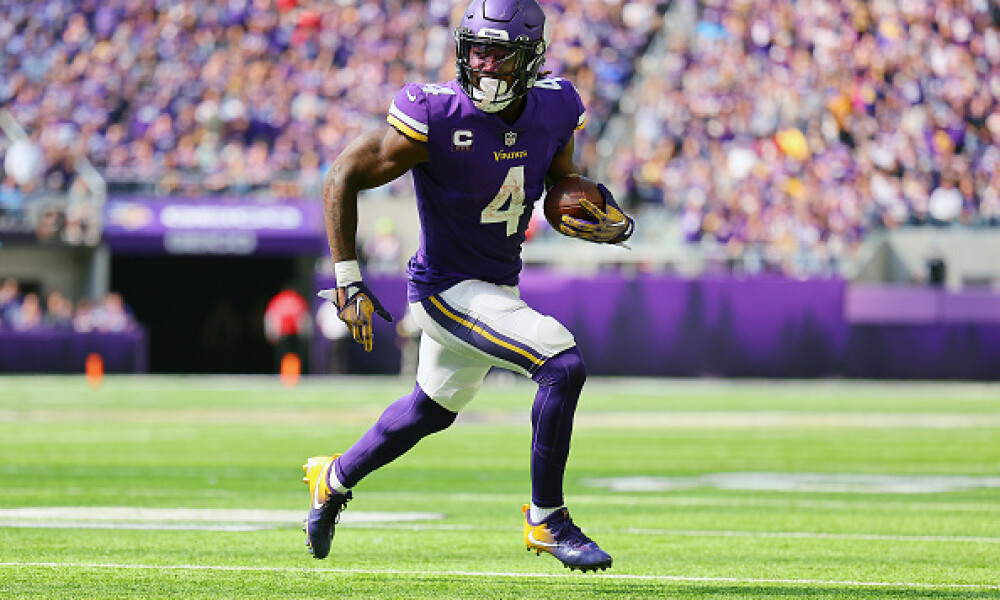 It's never too early to start thinking about your NFL Week 11 DFS contests and how you want to handle roster construction for this week. Especially when we are coming off as strong a week as we saw with the NFL DFS Playbook. We have all of your DFS value assessments from last week below as well as what the Playbook's optimal lineups were, but it's more than that. We trimmed down the Playbook to focus on more of the key match-ups we wanted to attack and found tremendous success with it. I told you to focus your attention on just three quarterbacks, gave you loads of running backs who hit at various pricing tiers and we focused on high-priced receivers and their same-game, pay-down counterparts to keep you on the best possible match-ups rather than throw darts at other games that maybe weren't as productive.

We are going to continue down that path moving forward, so that makes the NFL Week 11 Watch List that much more important. When I give you a trimmed down Playbook list to focus on, there may still be guys I leave out from here or who may appear in some of the positional coaching pieces to keep in mind, especially if you are looking for under-the-radar bargain plays. Sure, most of them find their way into the DFS Dart Board, but there are times where the player isn't a Dart Board-type bargain but still offers a little salary relief. That happens all the time.

So with all of that, it's time to get to work.

Yes, we've still got our 7-day free trial (promo code BENDER) going on, but also remember, we've got our Black Friday Sale coming up, so this is the perfect time to let everyone in on the deal! Audit the content for the week for free and then come in and grab that deal right before Thanksgiving! Now, before we get to the players we are studying in this week's DFS Watch List, please allow me to welcome some of the new faces at Fantasy Alarm. Whether you have played daily fantasy football before or not, we appreciate you giving us the opportunity to help. So please allow me to give you the Welcome talk.

Pretty easy to see by the charts below that it was a stellar weeks for the DFS Playbook. We nailed the quarterbacks, as I told you to focus on Patrick Mahomes, Tua Tagovailoa and Justin Fields. I gave you a pair of pay-downs but mentioned I wasn't using any of them. We crushed the running backs and did it while handing you plays NO ONE around the industry was touting. Jonathan Taylor? Devin Singletary even with Josh Allen? Jeff Wilson over Raheem Mostert? We nailed them.

Where we got tripped up a little was in the wide receiver department, but nothing we could have foreseen. JuJu Smith-Schuster and Jerry Jeudy were big parts of our lineups and both left the game with injuries in the first half of their respective games. It happens. Nothing you can do and with all of the other plays intact, you should have still cashed without them. I had one lineup with both and that was a bust, but taking one zero in a lineup did not hurt me in most cases. Everything else, as you'll see when scrolling down, was cream cheese.

Before you start diving into the numbers, do yourself a favor and tune in to the latest episode of the Cash It Podcast with me and Adam Ronis as we take a very deep dive into all the NFL Week 11 games

All set? Are you ready to start diving into an early look at Week 11 NFL DFS? Let's do it!