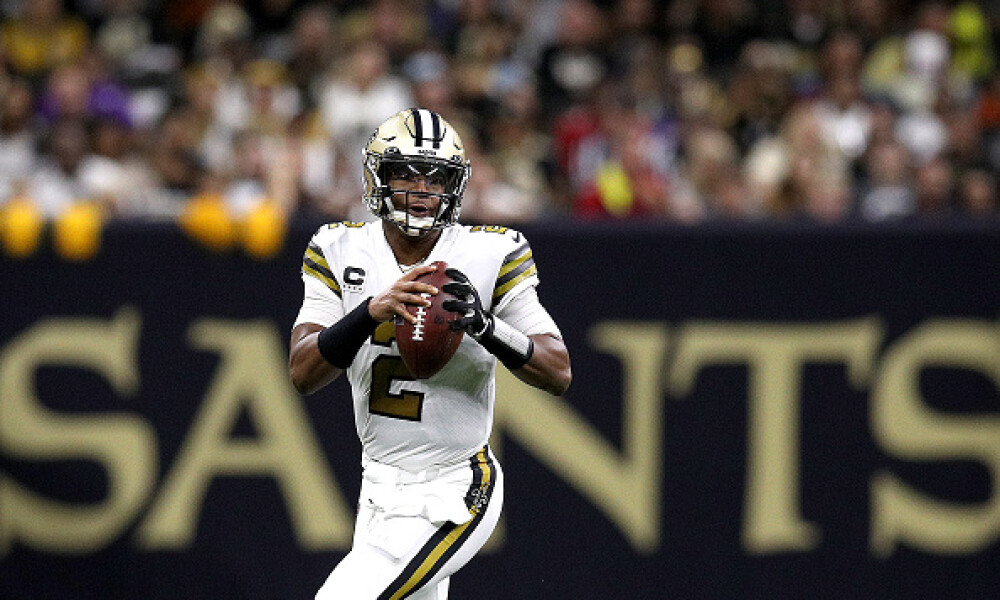 A few teams have big question marks about the quarterback position between retirements and the strength at the position in this year’s draft class. Many of these free agents are seasoned veterans, but that may be just what some teams want to help develop their young talent. Keep your ear to the ground about the following players.

Jameis Winston still holds the unfortunate record of being the first player to throw 30 touchdowns and 30 interceptions in the same season, but it seems that he cleaned that up under Sean Payton. He only threw three in the seven games he played before an unfortunate ACL tear took him out for the season. The Saints need a quarterback, but with their cap issues, it’s unlikely Winston gets paid a starting quarterback’s salary if he stays there.  Winston’s gun-slinging style of play could be intriguing to a team like the Steelers who have been limited by Ben Roethlisberger’s low aDOT in recent years, and, unlike the Saints, the Steelers have plenty of cap space to pay Winston a starter’s salary.

An unfortunate injury prior to his third season with the Minnesota Vikings turned Teddy Bridgewater into a journeyman quarterback, but it is not because of his lack of skills or bad play. He’s one of the few free-agent quarterbacks under 30 years old who has proven he can be a starter, well out-performing the one-year deal he signed with the Broncos for the 2021 season. Denver needs a quarterback, and the strength (or lack thereof) of the incoming draft class coupled with the fact that Bridgewater knows the system hints that there’s a good chance he’ll stay in the Mile High City. His health is still a slight concern, as he has yet to start a full season since 2015, but Denver shouldn’t risk moving on from him until they figure out a long-term solution.

Marcus Mariota hasn’t been a starting quarterback since his last year with the Tennessee Titans in 2019, but he’s still a Heisman Trophy-winning player who could make an immediate impact on a team. He still has wheels, as he showed late in 2021 with the Raiders, and he was the seventh-most accurate downfield passer in the league during his last season with the Titans. Being a backup the past two seasons could make Mariota an affordable option for teams with cap space issues like the Saints.

With Justin Fields in his second season with the Bears and a new coach in charge, Andy Dalton is likely on the move for the third time in as many years. He didn’t play terribly in 2021, but there aren’t many quarterbacks he could beat out at this stage of his career. However, there are a few teams that could be looking for a veteran backup presence, including the Steelers, Texans, and Commanders. There is still a possibility Dalton starts somewhere in 2022 if a team decides to develop new talent behind him.

As they say in the South, Ryan Fitzpatrick is no spring chicken. He missed practically the entire 2021 season with a hip subluxation, and there is no guarantee that he even plays in 2022. If he does, though, he would bring a big personality and experience to the locker room of a team looking to develop a young player. Fitzpatrick is the journeyman of all journeymen, playing for nine teams in his 17-year career, but with that comes insight not everyone has. Some possible landing spots are the Buccaneers, Jaguars, and Texans.