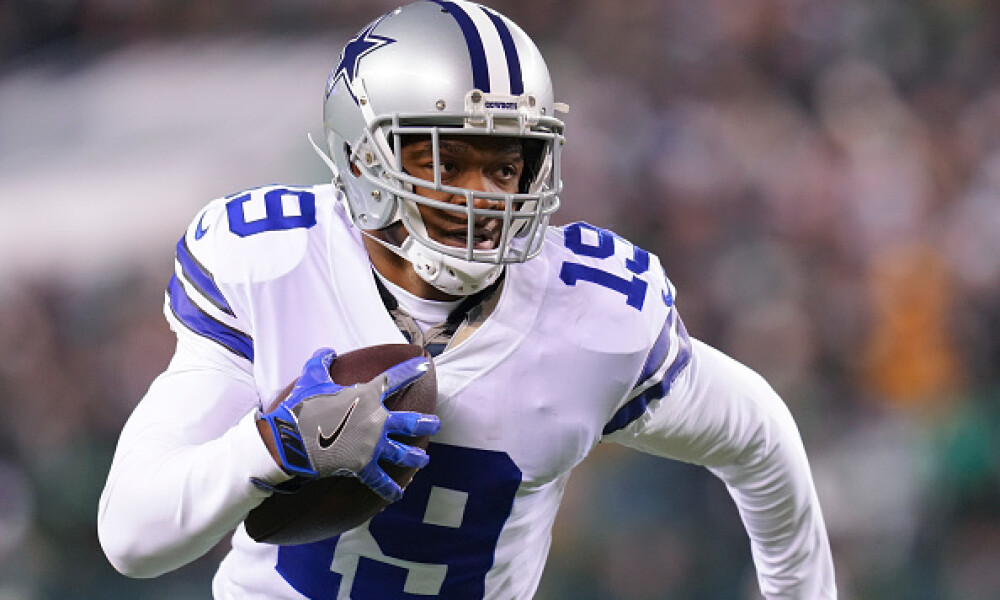 Adam Schefter is reporting that Amari Cooper will be traded to the Cleveland Browns.  And let’s call it what it is - a salary dump. Here’s the “trade.”

The sixth-round picks are unspecified in what year but it’s close enough to a wash that we can call this a fifth round pick for Amari Cooper. But as we wrote about in our Cowboys Free Agency Primer, the reality of the trade is that it’s Amari Cooper and his $20 million cap hit for a fifth round pick. The Cowboys will now only have $6 million on the books for Amari where, if they designate this a post-June 1 trade (as they almost certainly will) it counts as only $2 million for 2022 and $4 million for 2023. You can’t really say the Cowboys didn’t get enough here because they almost certainly asked the entire league if they wanted Amari Cooper for anything at all.  And the Browns’ fifth rounder was the best answer to that call.

Loser: Amari Cooper - Going from Dak Prescott and one of the highest volume pass offenses, to Baker Mayfield and one of the most run-heavy teams, is not good. Even if you think that Baker is a lot better than what he showed last year playing with an injured shoulder, I’m sure Kevin Stefanski is already cooking up new and exciting ways to use the big-bodied Amari Cooper to block for Nick Chubb and Kareem Hunt. It’s a downgrade for Amari.

Winner: CeeDee Lamb - The only thing holding CeeDee Lamb back for fantasy purposes is the tendency the Cowboys have had to use him exclusively in the slot and then take him out for two-wide receiver sets. In his rookie year he played 93% of his snaps from the slot but only played 64% of the overall snaps because he was coming out. We saw it again last year in the brief period when both Amari Cooper and Michael Gallup were healthy - in Weeks 5, 6, and 7 for instance he played 57, 57, and 62 snaps out wide while in weeks 14, 15, and 16 he only played 7, 6, and 17.  With no Amari Cooper, Lamb is now in a position to routinely play every single snap which makes him the huge winner.

Loser: Dak Prescott - Don’t need to do a big write-up here. It’s not like Amari Cooper is bad. He’s a cap casualty. Worse weapons for Dak Prescott are a bad thing no matter how you slice it. He’s a loser of this trade unless they do something meaningful in free agency.

Loser: Browns Tight Ends - This goes for both Austin Hooper and Davis Njoku. As we’ve written about in-depth, the vast majority of elite tight ends (as in, top five) are top two targets on their team. With Amari Cooper and Jarvis Landry, that puts both Hoop and Njoku on the outside looking in. And this is on a team that already doesn’t sling the ball around.

Winner: Dalton Schultz - Some folks might not realize it but Dalton Schultz was a top-two target on the Cowboys last season. Now, a large part of that is due to Michael Gallup, Amari Cooper, CeeDee Lamb, and Blake Jarwin all being hurt at various points. But at this very moment, Amari Cooper has been traded, Blake Jarwin has been cut, and Michael Gallup is a free agent. Even if they do bring Gallup back, he should be in a position to produce as a top tight end, even if it’s the back end of TE1 territory.

Loser: Donovan Peoples-Jones - Let’s take a moment to think about Jarvis Landry. There were trade rumors that would have been an improvement for him. But even with Amari Cooper there, he will play a full-time role as a slot/flanker. And he got plenty of targets alongside Odell Beckham Jr. in that same role. The Browns use enough two tight end/two wide receiver sets that the real loser here is DPJ as he’s almost certainly going to be in a part-time role now.

Winner: Ezekiel Elliott - Freeing up that much cap space makes it a lot less likely that they ditch Zeke for cap space. It also might allow them to keep tackle La’el Collins. Zeke was running well last season before he reportedly tore his PCL vs. the Panthers so he could return to form here in 2022 if he’s fully healthy. Even without Amari, the Cowboys should remain a high octane enough offense for him to put points on the board. I guess that makes Tony Pollard a loser to a certain degree as them moving on from Zeke would have bolstered his value.