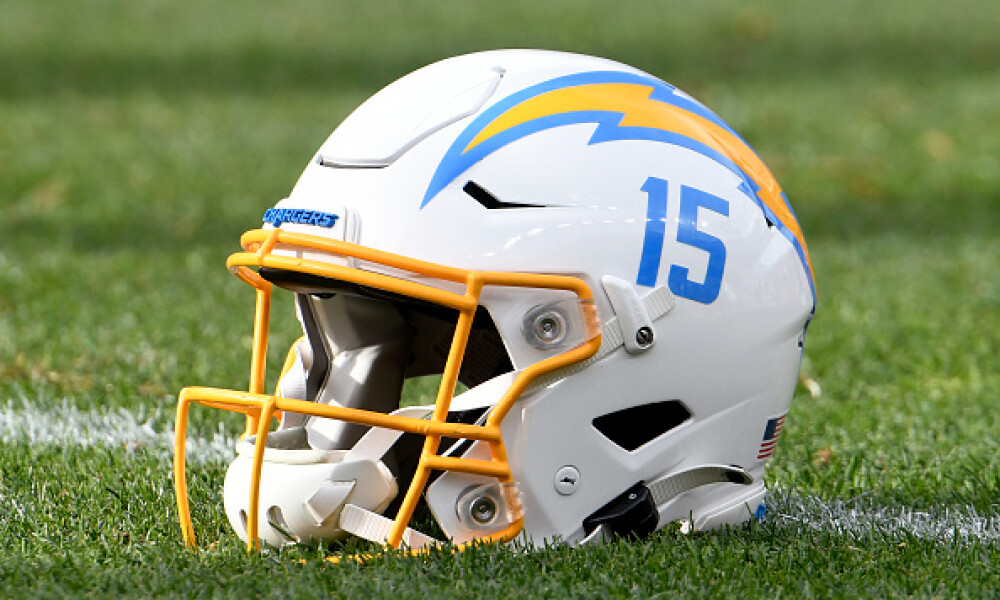 With this article, we are going to explore all potential options for the Los Angeles Chargers – some of which will be more realistic than others.

The Los Angeles Chargers find themselves in a really good spot this off-season.  Think about what’s most important in this league.  They have their franchise quarterback.  They seemingly hit on a stud left tackle in the draft.  They have pass rush superstar Joey Bosa locked down through 2026. And, on top of that, they have the second-most cap space of any team with all seven of their own picks going into the 2022 draft.  For a general manager ready to take the next steps in competing, what more can you ask for?

Most teams are in trouble cap-wise and need to move money around, which is what most articles in this series have been about.  With the Chargers, any moves they do along those lines realistically would be voluntary since they have plenty of cap.  That said, let’s at least take a look at what could be done to generate even MORE cap space if they want to make big splashes – and then we’ll look at where they might spend that cash.

There are no qualms about Joey Bosa being a long-term member of this team, and his contract is built in a way that allows them to get creative with the accounting if they chose to do so.  By converting base salary to bonuses, they could free up as much as $15 million in cap space this season.  No free agent is really out of reach with flexibility like that.

Keenan Allen feels like he’s been around forever, but he came into the league quite young.  He’s finally turning 30 this season but is still playing at a high level – so no reason to suspect that won’t continue.  He could help them to the tune of $10 million with a restructure.

The Corey Linsley acquisition looks good so far as he was the top-graded pass-blocking center in 2021 (per PFF) and the third-best center overall. If you don’t count Frank Ragnow’s grade based on only playing four games, he would be second behind only rookie Creed Humphrey.  That’s pretty good.  Right now his contract includes “outs” in future years, but they could move some dead cap onto the books and free up just under $6 million.

This wouldn’t be a restructure, but rather an extension – and it should be the team’s number one priority.  With the cap space they have, the Chargers have two options for Derwin James.  They could front-load his contract a bit to keep the cap number low for future years.  Or they could do the opposite and free up additional money for this season and go for it. They can free up $6.4 million in cap with an extension.

Given their cap position, the Chargers are less likely to end up trading away players due to cap constraints and would rather be a team that is on the receiving end of trades.  As of now, it seems like any team willing to take on Amari Cooper’s contract for any sort of draft pick can have him.  There are also rumors that cornerback James Bradberry is available for the right price.

The Bolts got both Corey Linsley and Bryan Bulaga from the Packers and, while Linsley has been fantastic, Bulaga has underperformed and struggled to stay healthy.  A trade would be ideal, but you probably aren’t going to get much back anyway.  You have plenty of cap space, so you only make this move if you think you can significantly upgrade the position. Still, cutting Bulaga would have cost benefits as you save $10.75 million with only $3.3 million in dead cap on the books.  Beyond him, the Chargers don’t have anyone to cut that would generate more than a million dollars in cap – so any cuts would be based on roster construction.

Mike Williams is the big one, with a lot of opposing fans speculating that he could be coming to their team.  The reality is, though, that the Chargers like Williams and have plenty of money or the franchise tag at their disposal.  What likely happens here is that the Chargers tag Williams and then come to terms on a long-term deal before the season kicks off.  The tag just gives them more time to negotiate.

UPDATE: The Chargers and Mike Williams agreed to a 3 year, $60 million extension.

Linval Joseph had a surprisingly strong 2021 season, showing that the 33-year-old still has something left in the tank. The question here is whether the Chargers want to either upgrade or go younger via the draft, as Joseph isn’t a long-term solution at the position.

As linebackers coach Michael Wilhoite recently said, Kyzir White is a perfect fit for Brandon Staley’s scheme and it resulted in him leading the team in tackles in 2021.  As the article suggests, his 144 tackles were the most in a season since 2005.  Considering the performance and the fit, it makes their lives a lot easier to bring him back.

The veteran has had a tremendous career and can still get it done, though he’s a better fit as the slot corner or nickel than a full-time player.  The reality is that the Chargers should go after another full-time corner to play opposite Asante Samuel Jr., which would then shift the rest of the depth chart with Michael Davis moving down. So, they might not need to bring Chris Harris back.

Aboushi is in a similar spot to someone like Bulaga.  He’s good enough to get the job done and start somewhere, but the Chargers might simply be in a position to upgrade rather than bring back a guy who is more of a middle-of-the-pack type guy.  So he's not necessarily a priority.

At this point in his career, Jared Cook isn’t offering much in the blocking game and doesn’t have the durability to be a full-time tight end.  They are better off pursuing a two-way answer at the position than bringing back a guy who only really operates in the passing game.  He actually played 413 snaps at wide receiver and only 228 in-line, so you could realistically replace his usage/production with a wideout.

Donald Parham is an exclusive-rights free agent, meaning he’ll almost certainly be back, but Jared Cook and Stephen Anderson are both unrestricted free agents.  The Chargers drafted Tre McKitty last season but, for a team looking to compete for a championship in 2022, they should look to upgrade the position to have no holes on the roster.  In my eyes, the ideal configuration in this tight end room would be to add someone who skews heavily towards pass-catching – like Mike Gesicki, Zach Ertz, or Evan Engram.  They can all play a similar slot role to what Cook played last season.  You then have Parham and McKitty who can play in-line, and then maybe round out the group with a blocking tight end who is more of an extra tackle-type – like a MyCole Pruitt or Antony Auclair (or just bringing back Anderson).  If they want to change philosophy from Cook and use the TE less in the slot, the best two-way tight ends out there are Dalton Schultz, David Njoku, or Rob Gronkowski.

We mentioned it briefly above, but the Chargers would have one of the more formidable secondaries if they went after another every-down corner to play opposite of Asante Samuel Jr.  There could potentially be some big names out there, like former Patriots J.C. Jackson and Stephon Gilmore or Carlton Davis from Tampa Bay.  LAC could potentially even bring back Casey Hayward, who played well last season in Las Vegas. After those top few guys, the only way you are likely to get much better than what you already have is another early draft pick.

Specifically, the right side.  Center and the left side are set with Linsley, Feiler, and Slater, but Bulaga and Michael Schofield are free agents.  Most high-end tackles want to play left tackle and that’s Rashawn Slater’s job, so it might be tough to convince the top talent to come in and play on the right. However, they could go out and grab arguably the best free-agent lineman available in guard Brandon Scherff.  With that acquisition alone, they’d have one of the best lines in the league – if not the best.