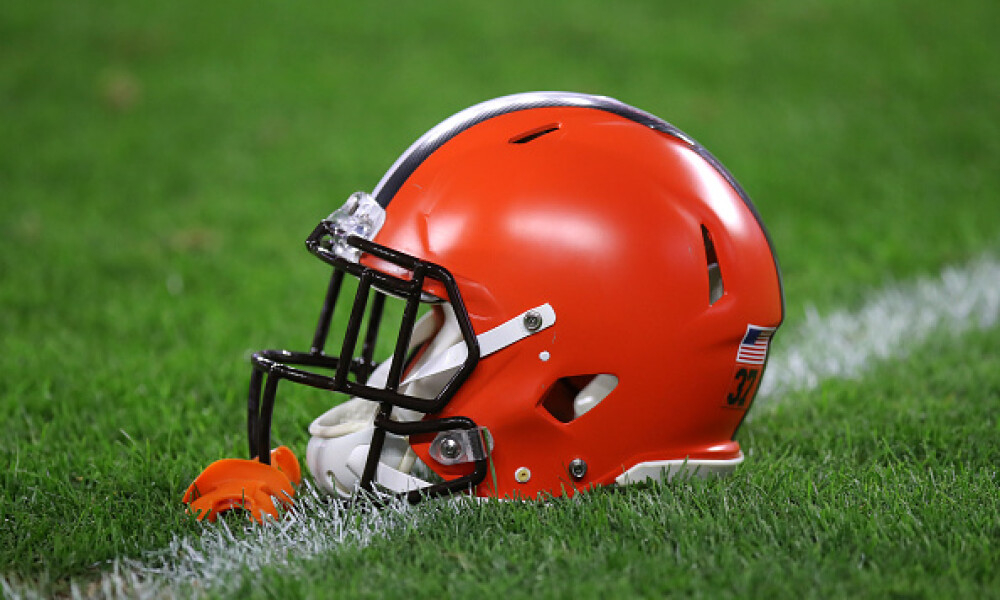 With this article, we are going to explore all potential options for the Cleveland Browns - some of which will be more realistic than others.

The Browns have been lurking just on the edge of contention for a couple of years now, but they haven’t quite taken the next step into “favorite” territory.  This year will prove to be a pivotal one for their signal-caller Baker Mayfield, as he’s in the fifth and final year of his rookie deal and his future in limbo after a lackluster performance in 2021.  According to backup quarterback Case Keenum, however, the shoulder injury he suffered in Week 2 was more serious than most people realized.  So, the jury is still out on whether he’s the guy moving forward.

At this point, the Browns either need to make some trades and blow it up or gear up and make another run at competing.  If Baker is the guy, you have the players, draft picks, and cap space to put together a contender.  If he’s not, then you move on in 2023 and go in a different direction.  Here are some moves the Browns can make to go all in and free up space for 2022, if they so choose.

The most common way to generate money via restructuring is to convert base salary to signing bonus, which can then be spread out over the remaining years of the contract.  You can also potentially incorporate an extension to spread that money out further.  How favorable that is for both the team and player comes down to the long-term outlook for the player.  In certain circumstances, you may even have the leverage to ask a player to take less money.

Baker Mayfield – We’ve got to mention this one upfront, as it is the easiest way for them to generate money for 2022.  With the fifth-year option, his base salary is $18.8 million for this season.  By extending him, they could convert his base to a signing bonus and spread that out over the remaining years of the deal.  A move like that could save upwards of $14 million for 2022, but you would then be committing to him as your quarterback for the foreseeable future.

Jack Conklin -- This was the easiest path to generate money for 2022.  Conklin was the seventh-highest graded run-blocking tackle (per Pro Football Focus) and he’s only 27 years old.  The Browns announced on February 26 that they came to an agreement with Conklin converting his $12 million non-guaranteed salary to $8 million guaranteed with $4 million in playing-time incentives – which frees up $4 million in cap space.

It’s no fun to talk about, but there are two flavors of restructuring.  There are amicable ones, like the one above with Jack Conklin, and then there are adverse ones. The Browns made Austin Hooper the top-paid tight end in the league at the time and he has not lived up to that title.  Hooper currently doesn’t have a whole lot of leverage as he could be released with a post-June 1 designation, which would save the Browns $9.5 million in cap space (though they’d have to spread an $11.25 million cap hit out over the next two years).  The best solution for both parties might be to come together and figure out a new number for Hooper that keeps him with the team at a more affordable price and a lower cap hit than his $13.25 million this season.

Denzel Ward is in the last year of his rookie deal, so you can’t “restructure” him to free up cap but you can extend him.  As he was a first-round pick, he’s in his fifth-year option year so his cap hit is a lot higher than a typical rookie at just under $13.3 million.  They could both lock him up long-term AND reduce his cap number for 2022 if they chose to do so.

You really only do this move if you don’t think you are competing this year and, if that’s the case, you might as well blow it up.  Jarvis Landry is on the last year of his deal, though, so there is no way to ease his cap hit with a restructuring. The only options are to extend him, trade him, or cut him.  With an extension, you can spread out the money and save $10.5 million, but you can clear $14.8 million with only $1.5 million in dead cap by trading him.

Up to this point, Jadeveon Clowney has bounced around the league and not quite lived up to the legendary status he was assigned as a prospect.  But the reality is that he just had his best year with the Browns and he’s now 29 years old – so the window is closing on him signing a long-term deal.  He fits the defensive scheme and the presence of Myles Garrett on the other side of the line takes the pressure off him a bit. In my opinion, Clowney should make things easy on himself this time around and work out a reasonable deal that will keep him in town for multiple years, rather than going after the most money on another prove-it deal.  Otherwise, he has to move to a new city again for the fifth time in five years.

Rumors have been swirling that the Browns might be willing to pay David Njoku upwards of $10 million per year on a multi-year deal.  He looked like the more dynamic pass catcher of the tight ends last season, so Browns fans should be happy to have him back – though fantasy football enthusiasts likely were hoping Njoku would go to a new team so that he and Hooper wouldn't be stepping on each other's toes any longer.

Ronnie Harrison does his best work on the physical side of the safety position in the run game and vs. the tight end, but was a bit of a liability in typical coverage.  Reports so far seem to suggest that he’d be a better fit for another system, and that it’s unlikely that Andrew Berry brings him back – but we will have to see.

It’s yet to be seen if Takkarist McKinley can be a full-time player rather than a rotational piece.  If Clowney leaves, then their solution will more likely be to pair someone with McKinley than to simply rely on him as the full-time replacement – that would certainly feel like quite a downgrade.

Rashard Higgins is another reliable guy but also one who is more of a complementary piece than a full-time starting wide receiver on the outside.  If the Browns can bring him back for cheap, then great, but he may want to test the free-agent market for a more pass-happy offense that uses fewer multiple-tight end sets.

Wide Receiver – The Browns are one of the more well-balanced teams as it is, so the reality about most off-season decisions is that they will depend on who the team brings back.  But even if they do bring back every wide receiver on the roster, the Odell Beckham Jr. situation left them without a second elite-tier wideout opposite Jarvis Landry.  Perhaps they believe that Donovan Peoples-Jones can take the step forward into that role, but wide receiver is still one of their weaker positions.  Assuming Jarvis Landry will be there, they likely don’t need other slot-type guys like Chris Godwin, JuJu Smith-Schuster, Jamison Crowder etc. But there are some elite split ends, like Davante Adams and Allen Robinson, that might hit the market. A more affordable option could be someone like Mike Williams.

Linebacker – Specifically, one spot that they could stand to improve would be by bringing in an elite middle linebacker for their 4-3 defense.  If they let Anthony Walker leave as a free agent, they could take the opportunity to upgrade the position with someone like Alexander Johnson from Denver or Leighton Vander Esch from the Cowboys.  The draft is another possibility, though it can be tough to rely on rookies right away unless you are taking them in the first two rounds.

Safety – Again, EDGE could end up being the biggest need if Jadeveon Clowney and/or Tak McKinley don’t come back – but we’re in the camp that wants to bring Clowney back.  Meanwhile, we don’t think Ronnie Harrison is actually the best fit for the scheme.  Rather than bring back the physical specialist, they might want to go after a more well-rounded safety like Tyrann Mathieu or Jayron Kearse.