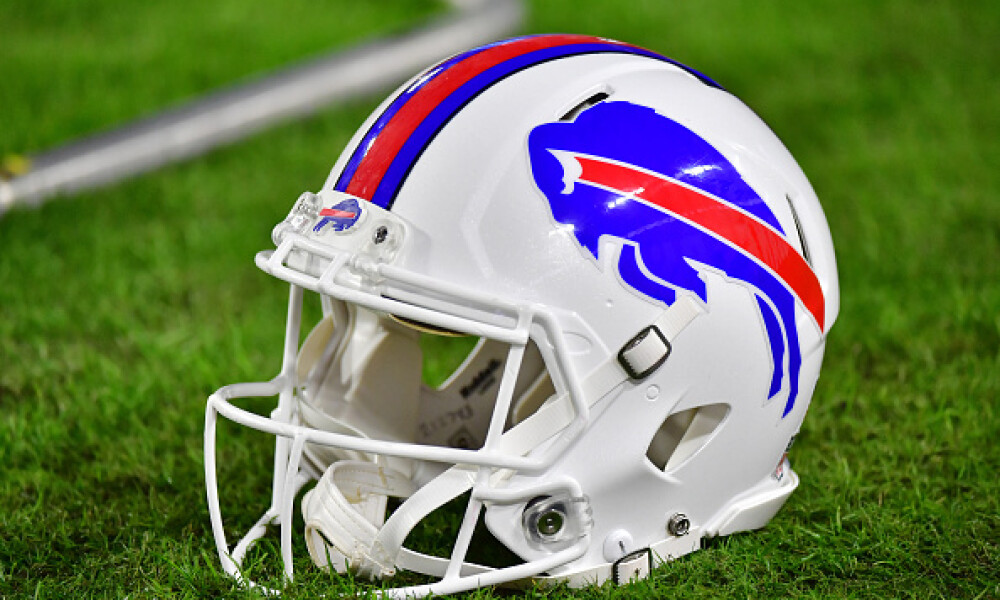 The Bills are undoubtedly one of the top teams in the league and their window to compete is wide open right now.  They lost offensive coordinator Brian Daboll to a head coaching gig so there is a bit of a shakeup there but they’ve locked up a lot of key assets for the next few years like Josh Allen, Stefon Diggs, and Tre'Davious White. They got some cap help via restructures from Diggs, White, and Jordan Poyer in 2021 but will likely need to make some moves in 2022 free agency to generate the space needed to continue their run.

As we mentioned, they just restructured Stefon Diggs last off-season so anything done here would likely need to come with an extension or something else in Digg’s favor like more guaranteed money. They’ve committed to Allen through 2029 and Diggs is signed through 2024 so adding a year or even two and converting more of his base salary to a bonus could spread that money out and free up much-needed space. Especially since we now know that the cap is expected to spike in 2023 following the start of TV deals like the Thursday night Amazon deal. With a combination of extension/restructure they could free up as much as ~$9.75 million for this season.

Tre’Davious White - White is signed through 2026 and he already helped them in 2021 by restructuring but there is still room to convert salary into bonus which could free up as much as seven million dollars. Again, maybe not likely since he just did it last year and is coming off injury but we'd like to at least mention all possible avenues.

They just paid Dion Dawkins in 2020 but he could free up another $5-$6 million with a restructure and or an extension. The tackle was paid top five money at the time so the question for an extension is about a long-term commitment to the player.

Matt Milano and the team agreed to a mutual return last year with a four-year deal. The linebacker has been pivotal, especially covering the tight end, and he could agree to help the team via restructure to the tune of $4.5 million per OverTheCap.com

Could be a tough sell but this would be an ideal situation for a guy whose name still carries some respect in this league. Cutting doesn’t even get you half of his $9 million cap hit back but a trade would see $6.6 million in cap relief with only $2.6 million in dead cap. Realistically though you aren’t getting much back for Star Lotulelei - you are doing it strictly for the cap relief.  Finding someone willing to take him with that hit is the real challenge and might not even be feasible.

Let’s be clear upfront with this section - these are players who COULD be cut to save money but it's not something we necessarily think would happen or even be the right move. Mitch Morse falls into that camp. With only one year left on his deal, he’s not a restructure candidate but he could be extended which would save around $5.5 million in cap in 2021, depending on the details. Or he could be cut to save $8.5 million with $2.75 million in dead cap. Again, not saying that will happen but it’s a viable move if they believe there are better uses for that money. He did take a pay cut last season which gives him some good karma with the team.

The rumors of Cole Beasley being released have swirled for some time - a lot of it with his controversial opinions. He could be released to save $6.1 million with only $1.5 million in dead cap.

There are certain guys who have the upper hand when it comes to restructures or extensions and then certain guys who are essentially asked to help or face being released. A.J. Klein likely falls into the latter. He has a $5,576,471 cap hit this year and all but $400,000 of that could be wiped off the books if he were cut. They are likely going talk to him about how they can help each other here with a reasonable pay cut but, if push comes to shove, he could be gone.

Matt Haack had a tough go of things and some insiders already say him being released is a “done deal”. Haack’s AAV is 12th in the league so that money is probably better spent elsewhere as they can find a mediocre punter for less.

The Bills only have three corners locked up for 2022 so Levi Wallace is a pivotal decision before deciding if they want to bring outside folks in. Taron Johnson plays slot so they’d be paying him to play opposite Tre’Davious White on the outside.

Jerry Hughes/Mario Addison - I’ve got these guys lumped together here as the story is fairly similar. Two defensive ends that are 33/34 years old and winding down their career. Perhaps one of them comes back on a team-friendly deal but the Bills likely need to bolster their pass rush so I wouldn’t advise going into 2022 with Hughes, Addison, and Gregory Rosseau and just calling it a day.

The Bills are already in need of some edge rush help and losing Harrison Phillips would leave them thin up the middle as well. For $5-$6 million a year, they could likely bring back a guy who knows the system and shores things up but, with their cap situation, that’s not chump change.

A lot of folks are going to say that it’s unlikely they will bring Emmanuel Sanders back or that he might retire. But there have been some comments from him that suggest he may be willing to take a team-friendly deal to run it back. It may depend on whether the Bills want him back or not.

Isaiah McKenzie didn’t overload the season-long stat-sheet but he came up huge in some pivotal games - notably against the rival New England Patriots. That, along with his ability to return both punts and kicks, makes him a potentially valuable player but rookie Marquez Stevenson also showed that he can handle the special teams duties if need be and would be a lot less expensive.

Wide Receiver -  The Bills have a competitive team as is, so what they do in free agency and the draft boils down to what decisions they make with their in-house guys. Compared to teams like Tampa Bay (Evans, Godwin, Antonio Brown), Cincinnati (Chase, Higgins, Boyd), the Cowboys (Cooper, Lamb, Gallup), Rams (Woods, Kupp, OBJ), etc. they aren't quite operating at the caliber of other teams that are making a title push. Even if they bring back all of Diggs, Sanders, Beasley, Davis, McKenzie that doesn't stack up with what those teams put together this season. They aren’t just going to ride with Diggs and Gabriel Davis so they could be in a spot to use a high pick or whatever cap space they can muster on another weapon for Josh Allen. If they were to commit to Davis opposite of Diggs on the outside, some options for a slot/flanker would be Chris Godwin, JuJu Smith-Schuster, Jamison Crowder, Christian Kirk, Zach Pascal, Adam Humphries. Or Davis has played enough slot that they could go after an outside guy and move him inside.

Defensive Line - We touched on this briefly but the Bills need an edge rusher and, if they move on from Lotulelei and Phillips, they need everything. The problem with pass rushers is that they’re expensive and, unless these players are really interested in chasing rings, it would be tough to afford the Von Miller, Chandler Jones, Jadeveon Clowney crowd who are hitting free agency. They might just run it back with what they have or other 4-3 defenses like the Dolphins and Eagles might be letting some guys hit the market that would be in the price range like a Derek Barnett.

Offensive Line - Again, this all depends on what happens this off-season. Some folks will say they want a running back but you already spent high draft capital on Singletary and Moss (plus Josh Allen’s running prowess mitigates the need for an expensive bell-cow).  Singletary’s 4.6 yards per carry was actually top 10 among RBs with 125+ carries anyway. Bolstering the line helps both the run AND pass game whereas spending on a back is a one-dimensional move.