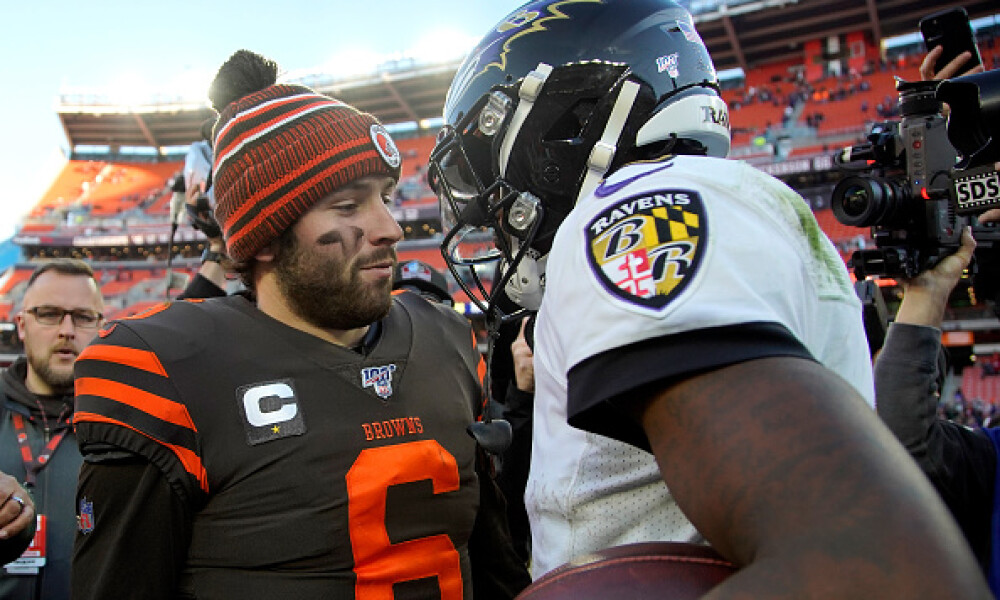 Etiquette can be defined as a code of polite behavior in society. I like to simplify it to just not being a jerk. We all relish the moment we pull off a huge win against the massive trash talker in our league. And trash talk is fine, it’s all part of the fun. But as someone who has played fantasy sports for over 20 years, I’ve learned and adapted my ways to try and play the game the right way with each passing year. A lot of my personal ethical codes you’ll find below are just lessons I’ve learned along the way.

First of all, no trades should be put to a league vote. That’s truly one of the dumbest rules in fantasy sports because it allows owners to veto a trade if they simply don’t like someone else or if they’re trying to prevent the best teams in the league from getting better. If two managers agree to a trade and they both believe it makes their teams better in the short-or-long run then you have to let the trade go through. Naturally the only instance when a trade should be overturned is if there is clear and obvious collusion. That’s when your commissioner should step in and objectively rule on the trade. Aside from a situation like that, there is no reason for trades to be put to a vote.

Trading in fantasy football falls on two opposite ends of the spectrum: you’ll either have a ton of trades, or very few. With fantasy football, if you’re trying to trade for a stud wide receiver, the other owner is going to expect a stud running back in return, or a player of that caliber. Good luck trying to acquire a quarterback in two-quarterback or superflex leagues. Trading in fantasy football is kind of like dating. It takes a courtship, then getting to know each other, and then you hope to seal it with a kiss… Or maybe just agree to a deal in lieu of a kiss. Steps for trading are easy…

Now where does this come in ethically? There will be plenty of times where you just don’t get a deal done and you don’t get the player you want. Don’t complain. Sure ,it’s frustrating, but if the rest of the league isn’t down for trading then you look like a baby complaining about the lack of trades. I know this because I’ve been that screaming baby. You have to find other avenues to win. Scour the waiver wire and maybe re-visit trading at another time. A door will open for a trade as your league’s trade deadline approaches. I’ve been in leagues where guys are eager to trade as soon as the draft ends. And I honestly don’t understand that. Don’t be overly persistent seeking trades because you’ll turn other owners off. And on the other end of the spectrum if you’re 0-4 after September you should be looking for trade partners.

This is just a dumb thing to do anywhere. Sure, there are players we label as more injury prone than others, but ultimately these guys are playing one of the most physically demanding games known to man. Isn’t everyone at risk of injury? Not even kickers are immune from hurting themselves…

By no means should anyone have predicted an injury to Christian McCaffrey last year. He was the consensus top pick and played in all 48 games through his first three seasons with over 300 catches and 39 touchdowns in that span. He’s an explosive player that had no injury concerns. And then early on after scoring a touchdown he suffered an injury in Week 2 and played in just one other game the rest of the year. Nobody saw that coming and if you say you did, you really had no basis for that prediction. So, if and when a player gets hurt this year, don’t celebrate it. Even if it benefits you, just keep your mouth shut.

As alluded to in the intro, trash talking is a key component of fantasy football. Whether it’s friendly jabs or sometimes more than that, it’s going to happen. I do it, you do it, we all do it.

Celebrities man, they’re just like us. But I firmly believe there are rules to trash talking.

Every year, new folks take up fantasy football. I’m hard pressed to find a league I’m in where I don’t have a first timer in the league. It’s a fun game and one that seemingly grows more popular every year. With that said, don’t turn new people off to the game. They probably have no idea what they’re doing. Sure, it’s their responsibility to be ready for the draft (more on that shortly) and they’ll likely draft a kicker too early. But if they accidentally drop a player that’s too good to be dropped, don’t take advantage of this opportunity. Alert your commissioner and just say “Hey, I think they accidentally dropped ‘Player X’ and they should have them back on their roster.” I was in a league where a new player dropped Christian McCaffrey after Week 4 last season. In hindsight, that wasn’t a terrible move because CMC played in just three games. However, the COMMISSIONER of all people was able to get him off waivers and his excuse was “all players are fair game.” I’m not the only person who isn’t returning to that league in 2021.

Also, don’t consistently target newer players for trades. Yes, they likely don’t know the value of certain positions, but if you’re going to them with trade offers on a weekly basis trying to coerce them into a deal you’re just trying to win the wrong way.

Just be prepared for your draft. Holy crap I can’t emphasize that enough. Have the Ultimate Cheat Sheet handy. Read up on articles. At the very least, look at preseason rankings, know your league’s format. A lot of planning goes into this by your commissioner so don’t just show up and expect to have your hand held throughout the process. I always advise people in the MLB Seasonal Discord that you ultimately have final say over your team. I love offering advice, but Fantasy Alarm offers plenty of tools and articles to get you ready for the season. If you’re unprepared that’s your own fault.

Pay your dues ahead of your draft. Your commissioner puts up with a lot of petty crap before and during your season. They set up the draft, try to accommodate to everyone’s schedule, they have to listen to the midseason bickering about Taysom Hill being a tight end that plays quarterback, etc. The very least you can do is pay your dues ahead of your draft. You’re an adult with a bank account, Venmo, PayPal, etc. Set a goal for yourself that by the time you’re done reading this article you’ll have at least paid one of your league’s dues.

The Importance of Perspective

Perspective is absolutely vital in fantasy football, and life for that matter. As I wrap up this piece it’s nice to shed a light on what is important. I’ve touched on how not to be a jerk, how not to hope for a player’s injury, how not to veto trades, but at the end of the day it’s important to understand that fantasy football means something else to everyone. As a Fantasy Alarm contributor I’ve come across hundreds of articles that I’ve had the privilege of proofreading during my five years with the company. I’ve edited plenty of MLB and NFL players profile from Colby Conway and Greg Jewett, every single Ronis Bonus for the 2021 MLB season, and countless literary artworks from Howard Bender addressing his baby birds. One of my favorite articles I ever read was written by Andy Spiteri about two years ago when Andy took over the Mock Draft Army. I implore you to read it and I’ve linked it right here for you. I won’t go into too much detail because it’s not my place to do so, but I implore you to read the article or give Andy a follow on Twitter (gasdoc_spit). Andy and his family are going through a very tough time. In reading the article you’ll get a sense of how much it meant to Andy just to hear Howard refer to him as a friend and bring him on to work for FA.

If you partake in the MLB Seasonal Discord you’ve seen user ‘homerun’ in there almost daily asking questions. He’s not in a high stakes league nor is it a family league for ultimate bragging rights. It’s his first year in the league and from the information I’ve gathered, it’s just for fun. He made a friend during chemotherapy a while back. The previous owner had pancreatic cancer and they became good friends. So when he passed, homerun was asked to take his spot in his friend’s old fantasy baseball league and he accepted. He admittedly knew little about fantasy baseball, but from the sound of it he’s crushing his league halfway through the season.

At the time of this writing, I just finished my Scott Fish Bowl 11 draft and truthfully, I don’t love my team. But I love that I was able to partake and meet some new people in the industry. But Scott Fish does a lot of great work with this annual league, but more importantly, Fantasy Cares, which has raised an incredible amount of money for various charities over the years. The point I’m trying to make is that there are larger things at play than fantasy sports and this fake football game we play means something different to everyone else. So, while you will stress over roster decision on a weekly basis and blame me when I tell you to start the wrong guy in your playoff matchup, this game is meant to be fun and not everyone might take it as serious as you or me. So don’t be a jerk about it and just appreciate that you have an opportunity to even play.