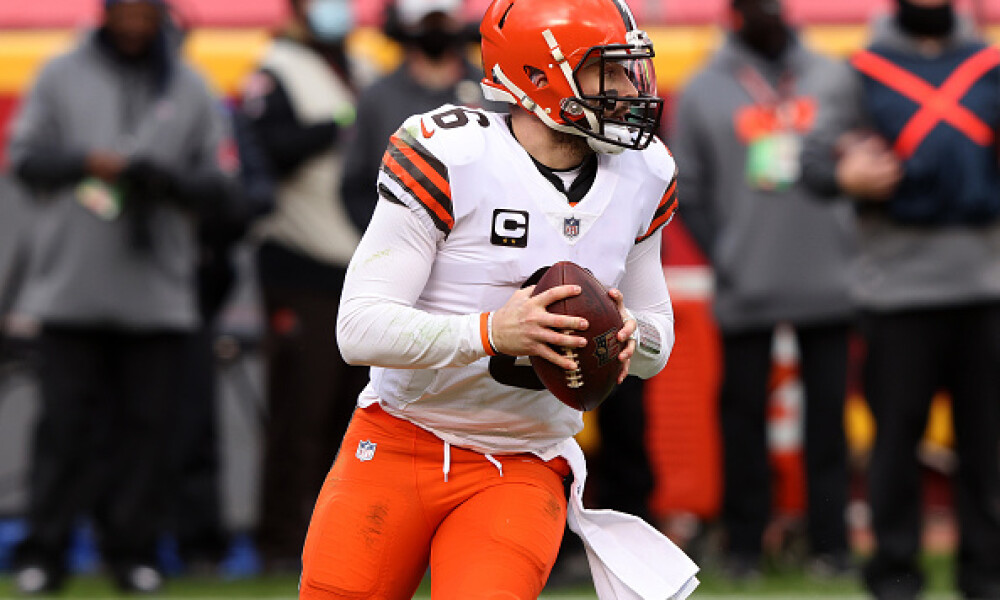 You can’t spend what you don’t have. I know it sounds like common sense, and you might wonder what this has to with DFS football, but it is more relevant than you might think.

I don’t want to sit here and lull you to sleep with a thousand clichés, but it is also important to remember the DFS football season is more than just what might seem like a 17-week sprint and instead it is a marathon with endless possibilities.

No, I haven’t lost my mind. Yes, it was me who wrote the article about there being 18 weeks to the NFL season, but from a DFS planning perspective I generally fade the last week of the regular season either completely or at least by 50 to 75% due to all of the uncertainty as everyone prepares for the playoffs.

As I write this in the beginning of August for consumption prior to the start of the regular season, optimism is overflowing. You have been doing research for months, observing all of the great content we have for you here, and it’s natural to feel invisible.

And then Week One hits. It is important to remember (alright one more cliché) that “Any Given Sunday” always will ring true no matter how good your research is and how good of a player you may be. No one should be, or will be, judged solely on their performance from one week and you don’t want that to be the end of your DFS season.

You have all the tools to be successful at your disposal but the best way to do this is to start the season expecting to lose. At least from a cash perspective that is as while we are all winners here, we also need to be realistic. Whatever you deposit at the beginning of the season, or decide to be your ultimate budget for the season, it has to be considered lost and you need to be at peace if it doesn’t return in December.

No one, and I really mean no one, can dictate what your budget should be other than yourself; and perhaps anyone else that you share finances with but we only have you covered with the fantasy advice here. I like to look at it as DFS being another seasonal league whatever your budget is from the season is your entry fee for that league.

So now that you have a budget it is important to point out that there is a lot more in play here than just the 17 or 18 weeks of the regular season and that needs to kept in mind when plotting out your strategy.

Are you going to stick with just the main slates on Sunday? What about the Showdown Slates on Thursday, Sunday, and Monday nights? Those are just the popular options as you can often find permutations of games out there as well and you need to have a clear strategy of what games you will be playing.

The other thing here is that you need to remain consistent. That consistency has to be in play on both ends of the spectrum as the last thing you need to be doing is throwing multiple entries into a Sunday night showdown as a reaction to either a big win or a big loss when you weren’t planning to and throwing off your system.

That’s not to say you need to set a plan at the beginning of the season to only play the main slate on Sunday and chisel it stone without deviation, but be thoughtful of the process. Know what type of player you are, what your strengths and weaknesses are, and what the size of your bankroll is. As things change throughout the season, you can increase (or decrease but hopefully that is not a problem here) your ante each week, but this should all be in the guidelines that you establish prior to the season.

Once you decide the initial bankroll for the season and the frequency with which you will play with respect to various slates, then it’s time to decide how much needs to be allocated to each slate. The majority of each week’s expenditures should be dedicated to the main slate but how much are you playing each week?

With the season being 17, or 18, weeks the initial thought would be to divide your total investment by that many weeks. This can also be done by determining what amount you will dedicate to DFS action on weekly basis but the key is staying true to yourself. Don’t go increasing the stakes each week if you are on a losing streak in an effort to over adjust and you shouldn’t blow your entire season’s bankroll in just two or three weeks. At the same time there should also be allowances for increasing your weekly investment as you are having success throughout the season. This should also be formulaic though and I would pre-determine what amount of your winnings will be reinvested and how much will be cashed out.

Ultimately you want to be able to withstand a few cold slates, but so I would likely limit the percentage of my bankroll in play at any given time to be in the range of 5 to 15%.

The last factor left to determine is where to put that investment as far as different contests. While you want the GPP upside, the security of cash games is also a necessity as you work to build and grow that bankroll.

No two DFS players are the same and there is no one size fits all strategy here. The most important advice is to be true to yourself and stay within yourself and your bankroll.