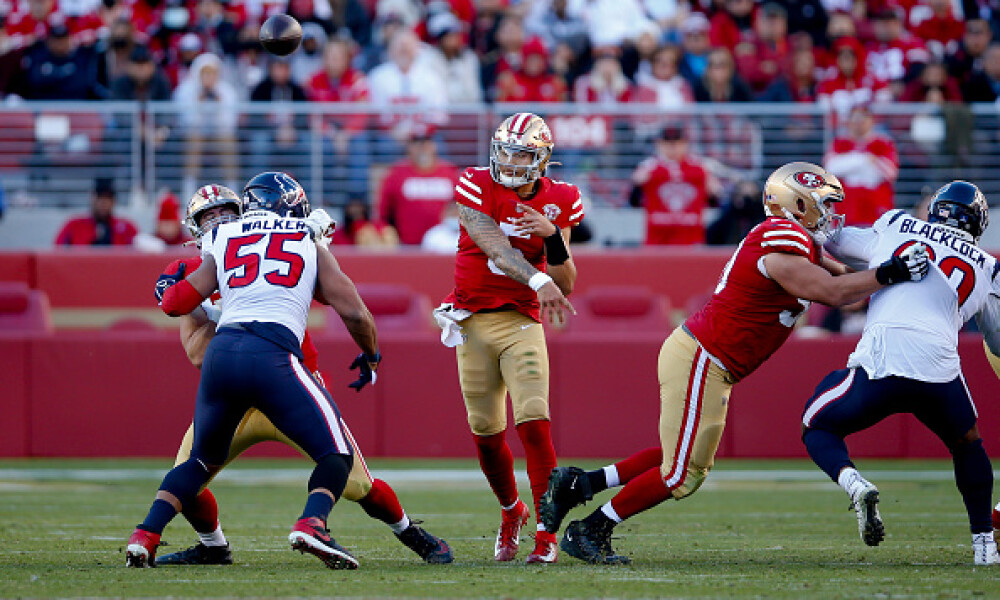 Fantasy football has never been more popular, so naturally, people are looking to chase that September to December feeling year-round. If you’re looking to partake in a more “year-round” fantasy football format than a typical yearly redraft format, then why not try dynasty fantasy football? You get to manage your roster throughout the year, with a rookie draft that usually occurs right after the NFL Draft concludes, and that helps restock your roster for the future. There is no offseason here in dynasty, folks.

Gather Your Real or Internet Buddies

There’s no one way to play fantasy football. Not every league has the same setup, groups of friends, interests, etc. No matter how many you have or don’t have, you can do a league with as few as six people, or up to, well, as many as you can put together! Typical dynasty leagues run with 12 managers, but as I said, it’s not a strict requirement.

From there, formulate some kind of strategy with your group on how to proceed as far as settings go. Forming the league with a group is a great way to establish your league’s longevity and continued success instead of one commissioner setting everything up a certain way.

If you don’t have a group of friends but want to form a league? In this day and age with social media, there are many avenues to find like-minded fantasy football players out there, like the FantasyAlarm Discord, but also sites like Twitter or Reddit too.

With dynasty fantasy football leagues becoming more and more popular, new players are looking to enter the fray, while seasonal redraft players are looking to extend fantasy football outside of August through December. There are many league hosting sites ranging from free or a nominal cost per league up to high-stakes leagues, each with varying levels of customization.

Sleeper is a fantasy football platform that is growing by the day due to its constant updates and user-friendly interface for both roster management and drafting. Other dynasty hosting platforms include MyFantasyLeague, ESPN, Yahoo! Fantasy, and NFL.com.

So you’ve got your league-mates, you know where the site is being hosted, but what settings are featured in dynasty leagues? And where to begin?

Well, with roster settings, the “superflex” is very popular within dynasty leagues. A superflex is a second startable flex in your lineup that can also be a quarterback. With the number of starting quarterbacks being finite for the most part, it’s no question that in drafts (we’ll get to that next), quarterbacks are highly sought after at the beginning of a startup draft. Of course, there are single quarterback leagues as well, if your group prefers. Other leagues use ALL flex options and a single quarterback to encourage creativity within your league. Some leagues use multiple tight ends; others use individual defensive players (IDP) - the world truly is your oyster when it comes to starting lineups in dynasty formats.

What about your bench? Well, a dynasty league should have many more bench spots than a typical seasonal redraft, as it’s a long-term format. Think 15-17 bench spots, plus a couple of injured reserve (IR) spots for anybody that gets hurt during the season. Remember, even if a player is out for the season, it doesn’t mean you can just drop them like in redraft! Also, consider having taxi squad players - those spots are typically reserved for first-year or sometimes even second-year players. Think of taxi squad players as a sort of “developmental” player on your roster that doesn’t count towards the overall roster limit.

Scoring can be varied depending on the league but usually features half-PPR or PPR.

The Start-Up Draft (and rookie drafts!)

If you’re doing your draft before the actual NFL Draft at the end of April, then rookies may not be a part of the start-up, though, in some leagues, you can draft “rookie picks” which are selections in the rookie draft just as you would a player.

A subsequent rookie draft would be a second draft only for the incoming rookies and usually last four to five rounds.

If the start-up draft is being held after the NFL Draft, then the incoming rookies can be drafted along with everybody else in the NFL.

The Draft is done! Now what?

There are lots of things to do before the season, like trading! Trading players is a huge part of the dynasty experience, and not only is it vital towards maintaining your competitive roster in the short-term but in the long-term as well. Want to go for a title this season? Trade your draft picks! Your draft picks for next season’s (or three) rookie draft can be traded as well. Don’t go trading them for Darius Slayton as I did.

Most dynasty leagues use some sort of monetary budget, usually referred to as “FAAB” or “Free Agent Auction Budget” instead of a traditional waiver wire system for adding free agents or dropped players. Everybody starts with an agreed-upon budget to start out the league year and any free agents in the offseason or in-season can be bid upon with blind bidding. In some leagues, a portion or all of your FAAB budget can be traded to other managers as well.