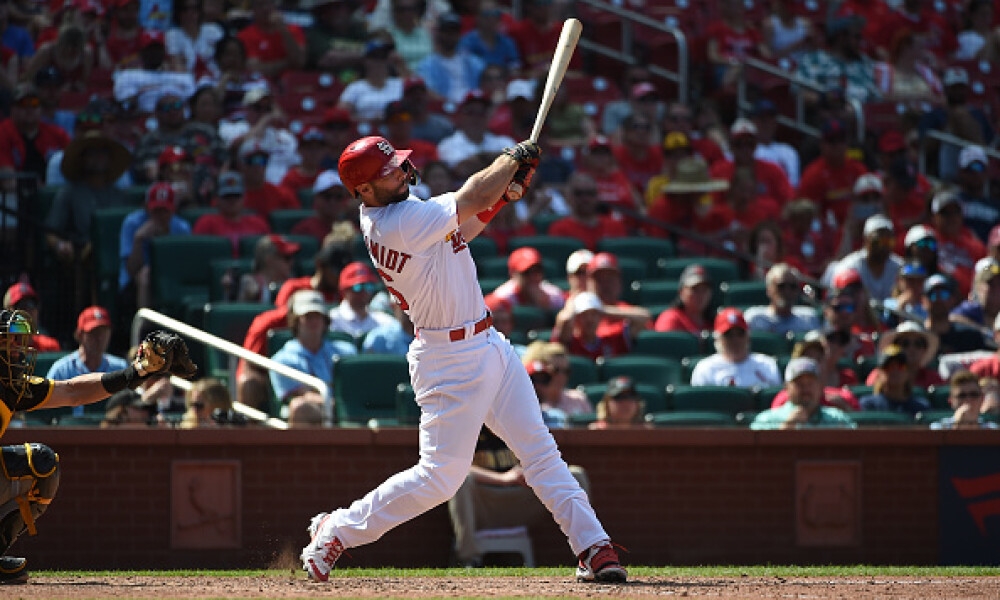 MLB fantasy rankings are ultimately are based on how we expect things to transpire across the length of the entire season. I know that sounds like simply pointing out the obvious, but as we entered the 2022 fantasy baseball season there, as usual, was an emphasis on the younger (and more exciting) options along with trying to figure out who the next and upcoming options would be.

While the rankings themselves are a direct result of the statistical projections, a lot of the overall discussions do generally ignore what we consider to be the “boring, veteran options” such as Paul Goldschmidt.

For as much as I like and respect what Goldschmidt has done and can do, he ultimately didn’t end up on any of my teams this season due to what I perceived to be lack of upside and profitability at his price. Considering both Goldschmidt and Pete Alonso had ADPs of 49, in that very narrow vacuum you could make the argument that I was correct, but was fading the St. Louis the correct decision overall?

As Goldschmidt just extended his hitting streak to 21 games on Monday, you have an indication of where I am heading with this, but let’s take a closer look at what we are seeing from him over the first two months of the season.

If we write off the six home runs that Goldschmidt hit over 58 games in 2020 as anomaly, his power and run production simply continued on his career trajectory last season. The first baseman, once again, performed at a high level with 31 home runs, 99 RBI, and 102 runs scored last season while also hitting .294. At that point, after watching Goldschmidt do it for years, there is no question as to whether or not it was real, but instead it was fair to wonder whether we would see any signs of decline in his age 34 season.

Considering the fact that Goldschmidt posted a career high barrel rate (13.6%), launch angle (17.1 degrees), exit velocity (92.6 miles per hour), and hard-hit rate (50.2%), I think we have our answer. Nowhere in those numbers was any sign of decline lurking and the 12 bases that Goldschmidt stole was a pure bonus and nothing to bank on going forward although it was quite welcome.

With a player like Goldschmidt, and especially at first base, power is ultimately going to be the focus here, but especially in this climate it’s hard to ignore the benefit he brings in the batting average category. Goldschmidt is a career .295 hitter and through the first 46 games of this season he is hitting .352. While we do believe in the skills here, a .400 BABIP simply isn’t sustainable for a player with little in the true speed department (from the standpoint of beating out infield hits and not base running overall) and his .278 xBA makes a lot more sense. However, even at that level, it is still an asset.

Goldschmidt and his 11 home runs are once again on pace to break the 30-home run mark, for the seventh time in his career, but it’s his run production that is really standing out. With 42 RBI to this point, the first baseman is on the right path, and his 30 runs scored are in line with our expectations as well. So, at first glance, Goldschmidt is showing no signs of aging or slowing down.

When it comes to power, Goldschmidt is turning back the clock as his .274 ISO to this point is a career high. The strikeouts (19.3%) are in line with his career norms so Goldschmidt isn’t selling out for power over contact, and while his 43.3% fly ball rate is a career high, it isn’t abnormally off the charts either. What do have to keep an eye though is Goldschmidt’s O-swing rate (34.2%) as it does appear that he is expanding his zone some although his 77% contact rate is right at his career levels.

At 17.5 degrees, we are seeing a career high launch angle from Goldschmidt while his other Statcast metrics are right in line with what we have seen in the overall body of work from him as he puts together yet another All-Star season.

Based on how a season progresses over the course of six months, it’s possible we are in the middle of, or have seen, the best stretch of the 2022 campaign from Goldschmidt so you could make the argument that his value is at it’s peak, but I’m not sure how large the drop-off (if we can call it that) will truly be.