2022 Fantasy Baseball Player Spotlight: MLB Top Prospect Oneil Cruz Has Power But Struggles to Get On Base 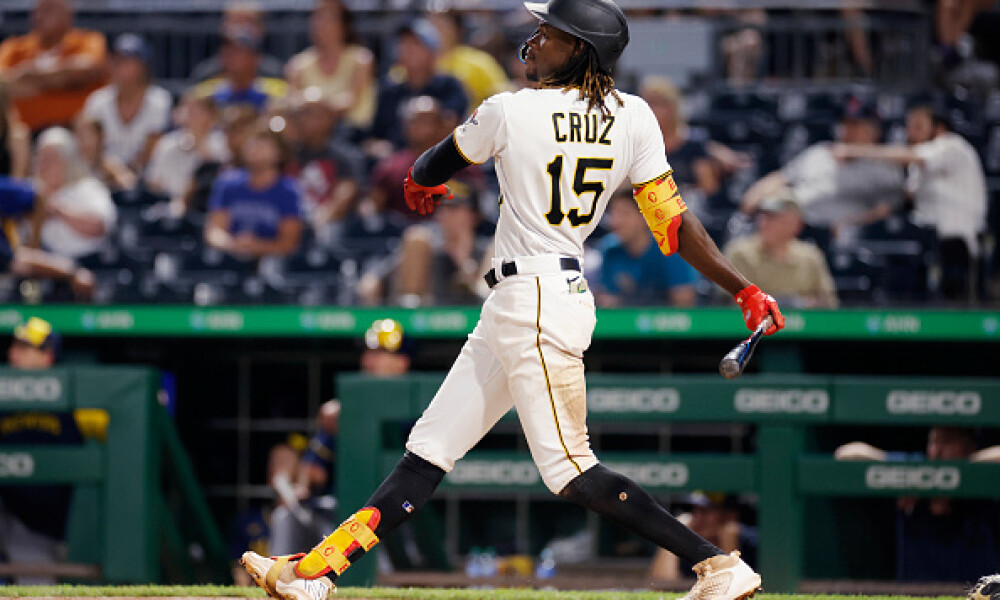 Every week, we break down a different MLB shortstop to examine for our fantasy baseball lineups – good or bad. Maybe it's an MLB top prospect, a “flavor of the month” on the fantasy baseball waiver wire, or someone who could be “sell-high” trade bait. Sometimes, it's a superstar or burgeoning player who is turning in the season we were all hoping for and rising up fantasy baseball rankings. In this edition of the Fantasy Alarm Player Spotlight series, we will turn our attention to Oneil Cruz. The uber-prospect for the Pittsburgh Pirates has turned many heads since his MLB debut with his over-the-top power and eye-popping defensive plays. However, he is having trouble actually getting on base – which is, of course, a problem when it comes to fantasy baseball. What are some MLB projections and fantasy baseball expectations for Cruz for the last two months of his rookie season? Here we will break down Cruz’s power potential and see if he can potentially turn around his struggling on-base ability for fantasy managers.

After an unbelievable 2022 spring training, where Oneil Cruz hit .333 and slugged .733, fantasy and dynasty managers were salivating. We thought that he would be up with the big club sometime shortly after the Pirates finished manipulating his service time. But then a weird thing happened. Cruz struggled mightily in Triple-A. In fact, when he was finally called up on June 20th, he was slashing only .232/.336/.422. That isn’t altogether terrible, but certainly not what we saw during the spring.

Yet, in his MLB debut game, Cruz went 2-for-5 with a double, two runs, and four RBI. His first steal came the next day and his first bomb one week later. After that, fantasy managers thought they were off to the races for the rest of the season with one of the league’s best overall prospects. Cruz dazzled with his max exit velocity touching 118 miles per hour. He made defensive plays that were reminding people of Ozzie Smith, despite his 6-foot-6 frame.

Along the way, however, major league pitchers learned how to pitch to Cruz. While he still has the prodigious power, the Pirates' top prospect is now struggling to get on base. How does that affect his fantasy baseball value? Let's take a look.

Cruz Struggling to Get on Base Consistently

While Cruz has delivered eight homers, five steals, and 27 RBI for fantasy managers in just 37 games, his inability at times to get on base have reached critical points throughout his short tenure. Here are Cruz’s rolling averages for OBP and wOBA through his first 37 games, courtesy of FanGraphs. 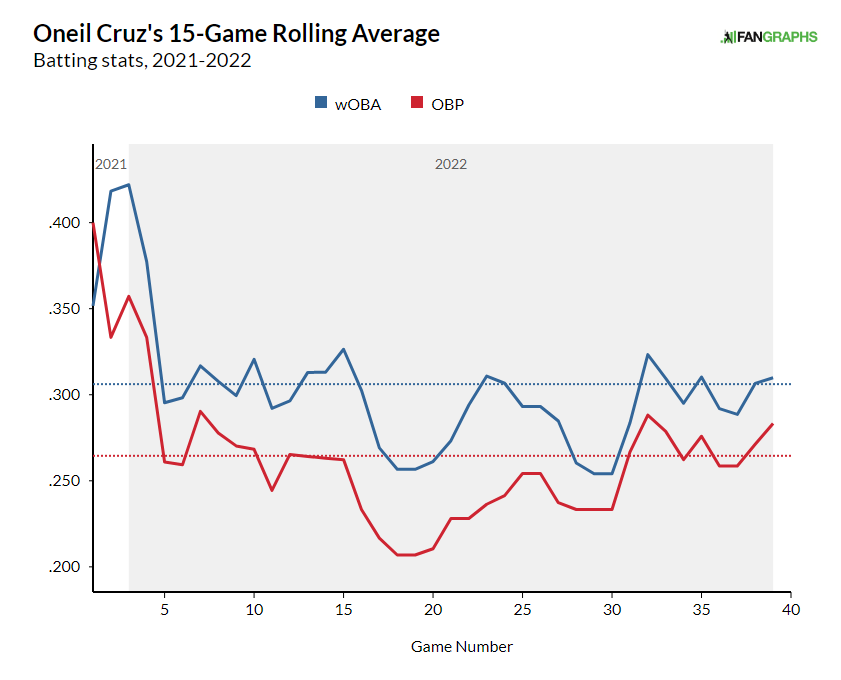 As you can see, he has spent large portions of the last six weeks below the major league average for both wOBA and OBP. Just recently have those numbers ticked back up to slightly above-average.

Diagnosing the reasons why Cruz is having trouble getting on base turns up two primary findings: (1) he isn’t walking like he historically does and (2) his zone contact rate has cratered.

Walks Hard to Come By for Cruz

Since Cruz entered the minor-league system in 2016, a robust walk rate has been a fundamental part of his approach as a hitter. In the majors through 27 games, though, his walk rate is only 5.5%. Only once in his minor league career did he have a rate that low – which was just a 35-game sample in one of his three stops in 2019. Plus, why walk when you’re hitting .301/.345/.515 in High-A ball? Check out his walk rates at each level and each year to this point.

This is a standard problem for even the most promising of prospects and one that Cruz should be able to overcome as he adjusts to major league pitching and how they gameplan against him. There is also the psychological factor that goes into being a stud call-up and wanting to win the game single-handedly every time you come up to the plate. Just 23 years old, Cruz will adjust and mature and his walk rate will follow suit.

Through Cruz’s first 15 games, his contact rate in the zone was on an incredible trajectory. It seemed that he was not having any issue adjusting to major league pitching and was able to catch up to and make contact with anything they were throwing him. By game 16 and 17, his zone contact rate was up over 90% (a 90% contact rate for the season would put a player in about the top 15% of the league). But after about game 17, it began to crater. 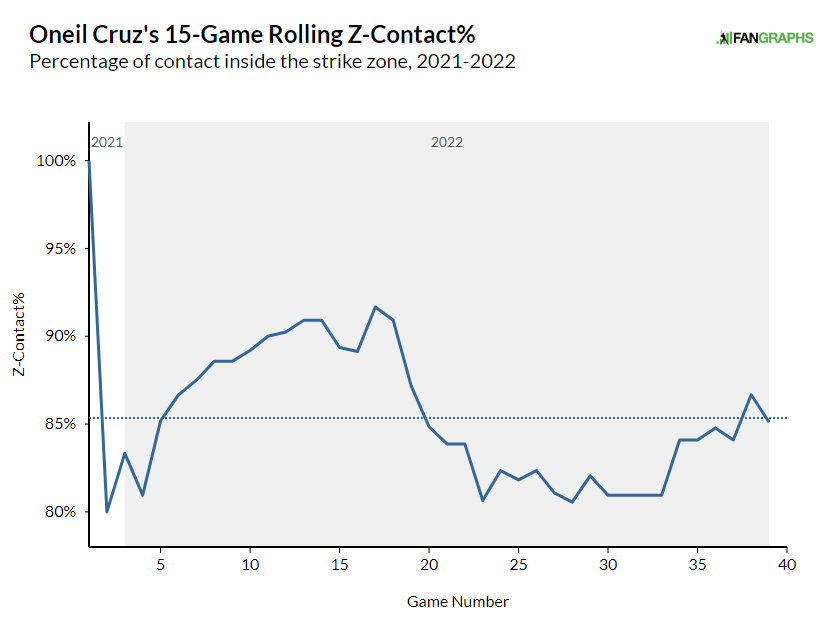 Ever since that time, Cruz has been scratching and clawing to get that number back up above the league average. He is right at that number right now (85.6%), as it looks like he is trending more towards making sure he gets the bat on the ball and not just trying to hit it into the third deck each time he comes up.

This too looks like normal growing pains from a rookie, especially one who made it to the majors at such a young age. Recognizing which pitches are traveling to the zone, which pitches are not, and how to be selective on those will help him in both increasing his walk rate and making better contact on pitches that are strikes.