2022 Fantasy Baseball Player Spotlight: Do We Have Any Concerns With Vladimir Guerrero Jr.? 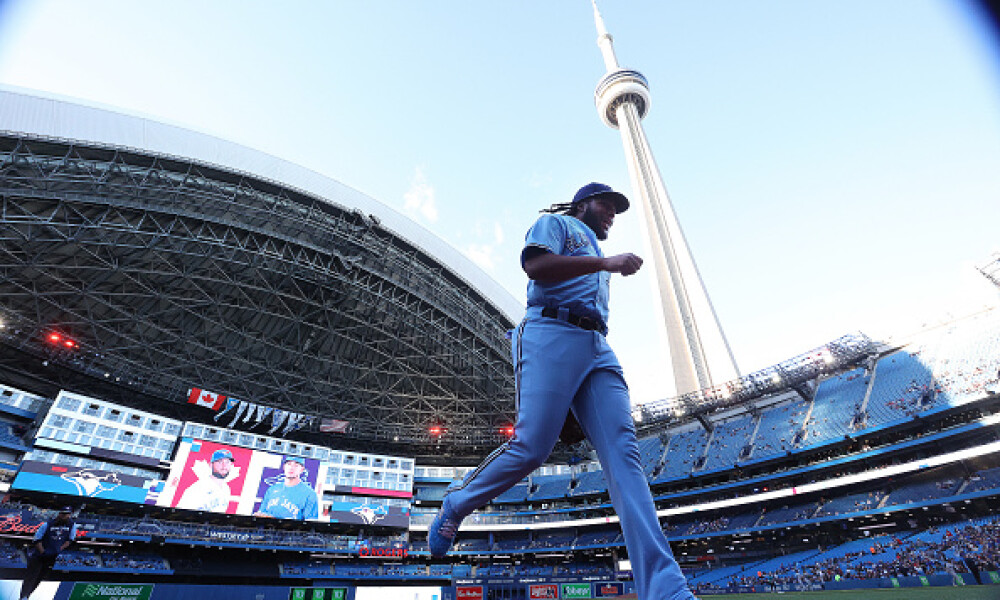 At the beginning of the 2022 fantasy baseball season, there was no disputing who was at the top of the always-contentious MLB fantasy rankings as far as first baseman go. That was none other than Vladimir Guerrero Jr, and while I was avoiding him in drafts from a roster management perspective, it had nothing to do with his expected performance.

Now that we are more than a month and a half into the season, Guerrero had played 40 games through Sunday, let’s dig in a little deeper on the Toronto first baseman.

Perhaps the biggest issue here is how high Guerrero raised the bar last season as he hit .311 with 48 home runs, 111 RBI, and 123 runs scored while also walking 12.3% of the time to finish with an OBP of .401. While it’s really hard to go up from that performance, there also weren’t any warning signs that pointed to a letdown either.

I don’t want to come out brashly say that Guerrero is a disappointment so far this season, but when you draft a player in the first round that isn’t a pitcher, steals bases, or plays a scarce position, the bar is set a little higher. At the same time, if you made the decision to draft Guerrero, and he certainly made the case for it in 2021, now is not the time to overreact.

While we don’t get credit for it in the fantasy department, Guerrero’s approach and plate discipline has seemingly has remained unchanged. The first baseman is walking 10.2% of the time to go along with a 16.8% strikeout rate, and both of those numbers are a good thing thanks to their proximity to last season’s performance. A closer look though, does give us some concern as Guerrero’s O-swing rate jumped from 28.3% to 36.7% while his O-contact rate saw a similar increase (55.8% to 63.6%). While Guerrero isn’t striking out more, the quality of contact he is making has decreased thanks to his expansion of the strike zone, and that is something we need to keep an eye on moving forward.

Ultimately, we are after the power, and Guerrero’s ISO has dropped substantially from .290 to .177. While he really isn’t striking out more, the first baseman has expanded his zone and it’s caused his power to, at least temporarily, drop. At the same time though, this where that high bar comes into play, as Guerrero does have seven home runs to this point but we also need a lot more than the 28 home runs he is on pace for (assuming he plays the 161 games he did last season which I don’t expect to be the case).

The good news is that Guerrero is still hitting the ball hard (52.9% of the time) but his already thin (9.4 degrees) launch angle is reduced by half (4.4 degrees) and his groundball rate has jumped to 50.4%. With a 9.2%-barrel rate, it’s becoming clear how much Guerrero spoiled us last season, but at the same time — should we be reacting?

And if you do feel inclined to react, to what level should you do so?

What Do We Do With Vladimir Guerrero Jr. in Fantasy Baseball?

If we were having this discussion after April, it would be a very different story as Guerrero was hitting .286 with six home runs and 16 RBI in 21 games, so we don’t want to do anything rash and overreact to his struggles so far in May.

Our eyes didn’t deceive us last season and it’s not like Guerrero all of a sudden lost the ability to hit over the course of 19 games, so that shouldn’t translate into selling your first-round pick at a discount. At the same time though, that logic can be reversed if you are on the receiving end of Guerrero and I wouldn’t be opposed to moving him in the right deal (at least 90% of value) if the trade can solve other needs.

While I’m staying optimistic here, we do have to keep an eye on Guerrero to see which direction he trends in.