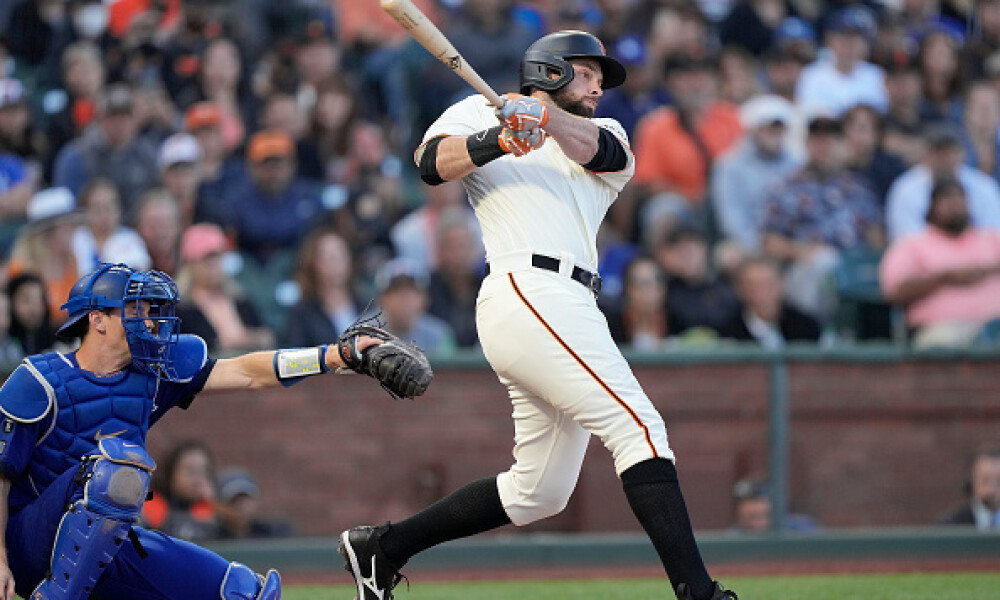 It’s all about finding value. There are many factors that go into having a good draft, but one of the simple tenants to follow is to draft good players. I know that is an overly simplistic statement, and there are a lot of things, such as overall roster construction, which go into having a strong draft, but we want players to ultimately out produce their price.

Under that tenant, let’s take a look at five players with first base eligibility who I project to outperform their ADP (taken from NFBC drafts from February 1st through March 4th) based on a sample size of 169 drafts.

For a few seasons, Alex Kirilloff was considered a top prospect in Minnesota’s system but the last few seasons have been a bit disjointed for him. Multiple injuries held him to just 94 games in 2019 (.283 with seven home runs, 43 RBI and seven stolen bases), COVID cost him 2020, and then a wrist injury ended his season in July last year. Prior to that point, Kirilloff hit .251 in 59 games with Minnesota along with seven home runs and 34 RBI.

Even before Kirilloff was done for the year with wrist surgery, it was an issue so that is likely the culprit for his very average performance. Previously, we had seen quality hitting metrics and expected stats from Kirilloff and even last season he had a very good 12.8%-barrel rate and 43.9% hard hit rate. While we are in a news drought, all signs to do point to Kirilloff being healthy and making a full recovery, and if that’s the case, the best is yet to come for him. Assuming he gets regular playing time (140-to-150 games), and there is nothing to suggest that he won’t, 25-to-30 home runs with around 85 RBI are reasonable expectations, and that would then move his ADP two or three rounds higher.

No one trusts Brandon Belt. Last season Belt set a career high with 29 home runs, and that is even more impressive considering it came in just 97 games. By no means am I suggesting that we should project the same pace over 140 games this season, but that possibility would move Belt into the top-100.

Belt has had his share of injury problems in the past, but last year was actually the first season since 2014 that he played less than 104 games. Last season, Belt sold out for power as he boosted his ISO to .323 while also seeing his strikeout rate rise to 27% but with a .274 batting average, do we really care?

The 23-degree launch angle we saw from Belt last season does fit with what we have seen from the first baseman in the past and it’s hard to argue with a 17%-barrel rate and 44.8% hard hit rate. There shouldn’t be any residual effects from last year’s injuries, and at the very least Belt should hit the 30-home run mark for the first time in his career while potentially breaking his career high of 82 RBI. Should Belt inevitably miss some time, the replacement value at first base is pretty high and he makes the case for waiting to fill the corner infield spot.

Bobby Dalbec makes the case for drafting early as his ADP has risen throughout the off-season and I was able to secure him at pick 295 earlier this Winter. In the first half of last year, Dalbec hit ten home runs while batting just .219 and driving in 36 runs. He picked things up to close out the season as Dalbec went deep 15 times to go along with 42 RBI while batting .269.

The adjustments that Dalbec made were quite obvious as his strikeout rate dropped from an obscene 38.1% to a manageable (especially these days) 26.6% in the second half of the season as the first baseman improved against breaking pitches.

I wouldn’t suggest continuing the same home run pace, but with a 17.3-degree launch angle, 20.2%-barrel rate, and 48.1% hard hit rate, would anyone really be surprised?

Rowdy Tellez is an example of a player who will benefit from the DH in the National League, but he is currently slotted by Roster Resource as the starting first baseman in Milwaukee batting fifth. Last season, Tellez hit 11 home runs in 325 plate appearances, and we should see him get a lot closer to 500 plate appearances this year at a minimum with a lot more of his work coming in a starting role.

Between Tellez’s place in the lineup, his 13.4-degree launch angle and 11.6%-barrel rate, he does project as a moderate power threat. There is an outside chance at 30 home runs and 80 RBI here, and as the 30th first baseman off the board, that is all you can ask for. We do like the playing time here and it’s worth a chance here to see if Tellez can finally live up to the potential he showed as a member of the Blue Jays.

Pittsburgh is the land of opportunity when it comes to mining the late rounds of drafts for value since it is clear competing in 2022 isn’t their foremost priority. I fully understand that the basis of this argument is based on Yoshi Tsutsugo’s performance in September as he hit .260 with three home runs, 14 runs, and 14 RBI. He also did strike out 26 times in 29 games, along with 12 walks, so Tsutsugo isn’t perfect and neither is his track record over the past two years. At this price though, Tsutsugo’s projected role makes it a clear path towards surpassing his draft day price as we will get some power and run production out of him.