The Chef's Table: Is The Second Time A Charm? 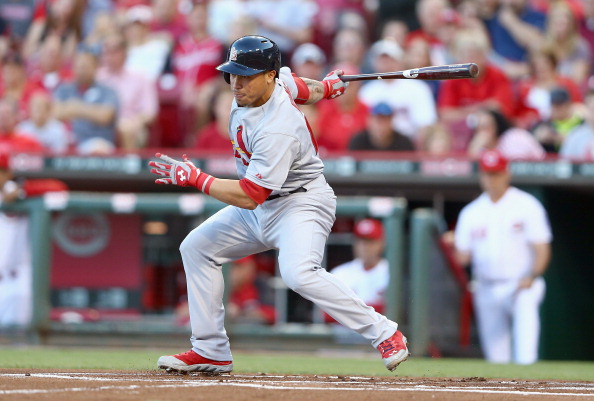 His first call up to the big leagues may have not gone as planned, but his most recent promotion has certainly changed the thoughts of many. After going 16-for-71 (.225 BA) with just five RBI and three stolen bases, the Cardinals sent Wong packing for the minors, where he found much success the previous three seasons (.301 BA with 24 HR and 50 SB). However, it took just 15 games at Triple-A Memphis to earn him the right for a second crack at sticky at the highest level.

In a short stint with the Cardinals Triple-A affiliate, Wong managed to go 22-for-68 with two home runs, 10 RBI and five stolen bases while managing to maintain a .344 average. His production after his demotion proves that he is in fact ready to perform in the Cardinals lineup. In fact, since being promoted for the second time, Wong has registered a hit in each of his first seven starts, doubling his RBI (10) and stolen base totals (7) from his previous time served at the keystone in St. Louis and has since raised his batting average to .269 through 104 at-bats.

Prior to his demotion, Wong had a hard time getting into a rhythm being part of a platoon at second base with veteran Mark Ellis, who permanently got the nod against left-handed opposition. In the small amount of plate appearances Wong received against southpaws, he logged just three hits in 18 at-bats, and has yet to be in the Cardinals starting lineup in the same situation since his return on May 16. This may be a cause for concern moving forward, but hitting at .183, Ellis hasn’t gotten the job done, which should mean more at-bats and more opportunity for Wong to make right after a miserable start to the season.

When in the starting lineup, the Cardinals have slotted him between Matt Carpenter and Matt Holliday, where he has gotten the opportunity to see a lot of fastballs which in return has resulted in increased success this time around. Therefore, his fantasy value relies heavily on his ability to get on base and score runs, with the Cardinals taking advantage of his above-average speed. Outside of the small-ball categories, Wong doesn’t offer much, but may surprise us a time or two, considering he logged 24 home runs from 2011-13 in the minor leagues.

Although the sample size is rather small since his return (12-for-33), there has been a lot to like over just seven games and his production has been good enough for me to jump on board. In my opinion, you can never have enough speed. Given that Wong has already more than doubled his stolen base total in a short period of time, he is back on track to reach 20-25 stolen bases and could top 50 runs scored, that is if the Cardinals will finally move on from the underwhelming Mark Ellis platoon.

Wong is a contact hitter, having taken just eight walks through 112 plate appearances in the big leagues this season, but having just 13 strikeouts indicates that he isn’t struggling at the plate; rather he needs to be a little more patient which comes with time. Let’s not forget, Wong is only 23-years-old and still has plenty of room for grow into the player the Cardinals think so highly of, and as a middle infielder, even if there are a few bumps in the round, talent like this is hard to come by as the season progresses.

Currently, Wong is owned in less than 20 percent of leagues throughout both ESPN and Yahoo! leagues which is a crime considering the lack of production available to plug into the middle infield positions. If you don’t like 20-plus steals, 50-plus runs and a batting average around .300, then move onto another player. I just know there aren’t many fantasy teams out there that coundn't use a player of his caliber. So don’t fall asleep on this Flyin’ Hawaiian as it appears he is finally here to stay.