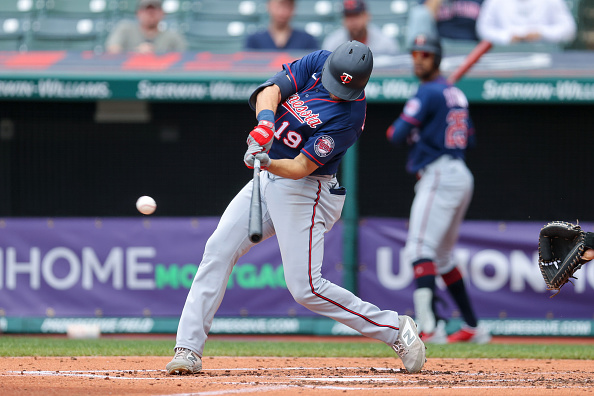 Happy Sunday to all! Main slate starts early this afternoon so make sure you have some coffee and dive into the value vault to help you afford the studs you want in your lineup(s)! There’s a good amount of value on this slate, as well as some interesting, and perhaps unexpected stacks, that should prove to be rewarding for DFS players. Without further ado, let's dive into some value plays for today’s slate!

Gregory Polanco , OF PIT ($2,600 FD/$3,500 DK) & Colin Moran , 1B PIT ($3,000 FD) - Polanco makes for an interesting piece of a sneaky Pittsburgh stack on this fine Sunday. Carlos Martínez is 0-3 on the year with a 9.90 ERA and 2.10 WHIP. Sure, not all Pirates are in play, but if you want to attack Martinez, you do it with lefties, putting Polanco, Colin Moran and Adam Frazier on the GPP radar. Personally, I’d lean Polanco and Moran of the two, considering that these two Pirates are hitting .324 and .286 respectively against righties this year. Furthermore, for the 2021 season, Moran has four homers and a .398 wOBA against righties, and Polanco isn’t far behind with three round-trippers and .375 wOBA. It’s hard to trust Pirates in cash games lineups, but the Moran (FD only) and Polanco combination could prove quite fruitful this afternoon.

Alex Kiriloff, OF MIN ($2,000 FD/$3,000 DK) — Kiriloff has three homers in his last two games, and has notched a hit in five straight contests. He’s heating up at the plate and he’s basically free on both sites. Kansas City is trotting out Brad Keller to the mound who has allowed a 2.28 WHIP on the year and a .914 OPS to left-handed hitters. He’s too cheap not to play, especially on FanDuel, but his price tag on DraftKings is tasty as well.

Christian Pache, OF ATL ($2,000 FD/$2,000DK) - Pache is minimum price on both sites and hit a grand slam in yesterday’s contest against the Blue Jays. Given some injuries in the lineup, Pache should find himself in today’s lineup, albeit likely at the bottom of the order, and will look to build off yesterday’s blast. Stripling is far more gracious to left-handed hitters, but at Pache’s price point, he offers your lineup immense flexibility.

Austin Riley , 3B ATL ($2,700 FD/$3,800 DK) - Righties have pummeled Stripling this year, to the tune of a .464 average and .571 wOBA. This year, Riley has destroyed righties, hitting three home runs with a .405 wOBA. The Atlanta slugger has hit safely in six straight games, including one four-hit effort, scoring five runs and driving in four in that span. His .328 average against righties is far better than his .143 clip against lefties, and he’s always in play in DFS when a righty is on the bump for the opposition.

Joey Votto , 1B CIN ($2,800 FD) - You have to love it when a player’s price on one site, FanDuel in this instance, is nearly half of what it is on the other! We’ll take the value and run! Votto is just $2,800 on FanDuel and he draws a right-hander in this one. Votto has four home runs and 12 RBI in 71 at-bats against righties this year and he’s also 12-for-31 in his career off Chicago starter Trevor Williams . Williams has served up a 4.44 ERA on the year and a .302 batting average to opposing lefties.

Dylan Carlson, OF STL ($3,300 DK) - At this point, I don’t care who is on the mound. Until DraftKings and FanDuel have Carlson appropriately priced, he’s an automatic plug-and-play in your lineups. He’s locked in near the top of the St. Louis order and while he’s better against lefties, he’s still hitting .256 with a .790 OPS against righties. Wil Crowe has been fine this year, but the Cardinals should get to him in this one, with the underpriced Carlson leading the charge.

Nick Madrigal , 2B CWS ($2,700) - Zach Plesac has struggled with home runs this year, and while I don’t believe Madrigal will leave the yard, I do believe he’ll get on base and turn the lineup over to the big boppers at the top of the White Sox lineup. Madrigal has hit safely in five of his last six games, scoring six runs and even driving in four in that span. He’s been better against lefties than righties this year, but I love Madrigal to register a hit or two, a couple of runs scored, and if we’re lucky, a stolen base!