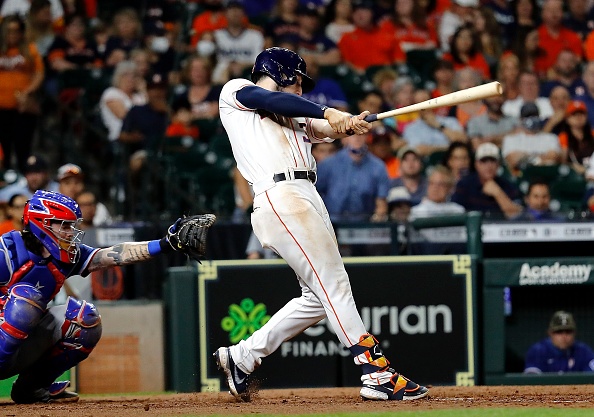 Grab your coffee and get ready for some afternoon baseball on this fine Sunday! We have a 10-game slate loaded with value, thanks to some egregious pricing errors on certain players, as well as some lower-priced players with great splits that we can use to our advantage. There are some popular stacks today that you’ll likely want some exposure to, and there’s some cheaper options that you can roster to have your piece of the pie. Without further ado, let’s check out today’s Value Vault!

Kyle Tucker , OF HOU ($2,600 FD/$3,500 DK) - The easiest no-brainer on today’s slate is Kyle Tucker . He’s 3-for-7 in his career off Kyle Gibson and he’s the hottest hitter in baseball at this juncture. He’s rocking a seven-game hit streak and has five multi-hit outings during this span. Furthermore, in his last seven games, he has four home runs, 11 runs scored and 11 RBI. So, obviously, he’s too expensive to roster, right? Nope. You can get Tucker at the cheap price of $2,600 on FanDuel and $3,500 on DraftKings. Gross pricing error here. Take advantage.

Odúbel Herrera , OF PHI ($2,000 FD/$2,300 DK) - This one scares me, but let’s go for it. Herrerra is 5-for-12 off Robbie Ray for his career, and Herrera is hitting .318 off lefties here in 2021. Ray has been tough on left-handed hitters this year, so that presents some cause for concern, but Herrera has hitten safely in five consecutive games and in nine of his last 10. Also, he’s in a great hitter’s park today and is dirt cheap on both sites.

Matt Olson , 1B OAK ($3,000) - Olson has two hits in two at-bats against Kenta Maeda , both of which sailed over the fence. Maeda has been missing a lot of balls in the middle of the plate and Olson will crush misses from any pitcher. Maeda has served up a .324 average to and a .970 OPS to left-handed hitters this year,  while Olson has six home runs in 78 at-bats (13.0 AB/HR) and a .873 OPS against right-handers. Olson has massive upside today at his price point, especially on FanDuel.

Joc Pederson , OF LAD ($2,700) - Detroit’s Matthew Boyd has been solid this year, but let’s ride the hot bat. Pederson has hit safely in five straight games, and he has four multi-hit efforts in that span. If you push it out a bit further, he has five multi-hit efforts in his last seven games, including FOUR different three-hit games! He’s also hitting .308 on the road this year, and I love the price tag on FanDuel.

Hunter Renfroe , OF BOS ($2,800 DK) - José Quintana has been abysmal against right-handed hitters this year, serving up a whopping .344 batting average against and a .930 OPS. Renfroe is hitting .303 against southpaws this year, and Renfroe has two home runs and a .375 average against Quintana for his career. Boston right-handers will likely be a popular stack today, and Renfroe is a cheap part of it.

Bobby Dalbec, 1B BOS ($2,500) - I said it just above that Boston right-handers are going to be popular today. Dalbec is another cheap part of it. He’s hitting .359 with a 1.067 OPS against southpaws in 2021 and he has five hits (two home runs) in his last three games. Also, as mentioned above, Quintana’s struggles with right-handed hitters this year is well-documented and should be exploited.