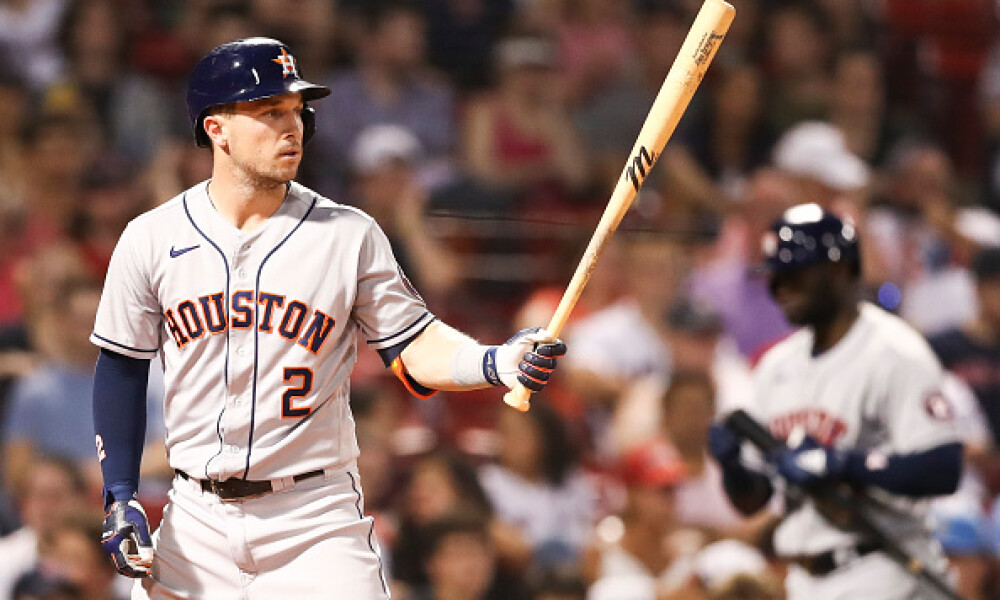 Just a six-game affair for tonight’s main slate, but at least we have baseball all day! Despite a limited number of games, there are some good, higher-priced pitchers on the board, but there’s some other pitchers that we are going to look to exploit. As you read the article, you’ll see a trend, specifically with two, maybe three offenses that you’re going to want to be invested in. Without further ado, let’s check out today’s best value bats!

Yuli Gurriel, 1B HOU ($3,400 FD/$4,000 DK) - Gurriel is riding a phenomenal hot streak right now. He has 14 hits in his last 23 at-bats, and he gets to face a southpaw, and Gurriel’s successes against lefties are well-documented. This year, he’s hitting .345 off southpaws with a .430 wOBA. Boston’s Eduardo Rodriguez has an even 5.00 ERA on the road this year, and Gurriel is a great value on both sites.

Josh Bell, 1B WAS ($2,900) - DeSclafani has served up a .323 wOBA to left-handed hitters this year, and Bell has three homers against righties this season. Bell’s numbers this year aren’t anything to write home about, but he’s no stranger to DeSclafani. In 21 at-bats against the San Fran righty, Bell has seven hits (one homer), good for a .333 average and .333 wOBA. UPDATE: Game has been cancelled.

Alex Bregman, 3B HOU ($3,600) - Bregman has two homers against Eduardo Rodriguez in seven at-bats for his career, and Bregman has an outstanding .396 wOBA against southpaws in 2021. Bregman is a .344 hitter at home this season, and his .276 ISO this month is far greater than his marks from earlier months in the season. He has two-multi-hit contests in his last three outings, and in six games against Boston this year, he’s hit safely in all but one of them.

Christian Arroyo, 2B BOS ($3,000) - Arroyo may only be hitting .263 against righties this year, but seven of his eight against them have gone for extra-bases, so there’s that! Furthermore, in 22 June at-bats, Arroyo is hitting .318 with a .920 OPS. He’s hit safely in seven of his last nine games, and the further north he is in the lineup, the better value he becomes.

LaMonte Wade Jr., OF/1B SFG ($3,100) - Going against Mad Max Scherzer doesn’t feel great, but Wade has punished righties this year, to the tune of a 1.025 OPS and .440 wOBA. Sure, he’s had some luck, too, registering a .667 BABIP versus right-handed pitchers, but hey, take it while it’s there! He’s routinely been leading off for the Giants over the past few games, and he’s hit safely in four of his last five contests. As the team’s leadoff hitter this year, he’s posted a .405 on-base percentage and .300 ISO.