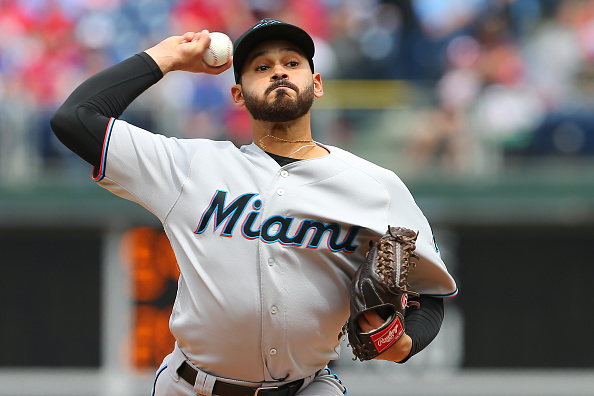 The Value Vault was in solid form yesterday until we got hit by the postponement of the Angels/Twins game and lost two players we were looking at. Rain would have been one thing – we would have avoided altogether – but it was a COVID postponement and that not only screwed us yesterday, but they’ve also postponed today’s so more players we don’t get to choose from.

Either way….let’s get to today’s action and see where we can stir up some value.

Pablo López , SP MIA ($6,200 DK/$7,400 FD) – Coming off a beating in Atlanta, Lopez returns home where he looked absolutely dynamic in his first two starts, allowing just two earned runs with 10 strikeouts over 11.2 innings. Now he faces the Giants who are currently posting a team wOBA of just .288 with a 30-percent strikeout rate against right-handed pitching this season. Lopez makes for a great pay-down on FD while also serving as a strong complementary second-starter on DK.

Jorge Soler , OF KC ($3,400 DK/$2,700 FD) – While Soler has been running hot and cold this season, we’ll take a shot on him in GPP tournaments today against Robbie Ray . Soler owns a .444 wOBA against southpaws this season and does most of his power-hitting against them, based of career ISO numbers. He should deliver today.

Kyle Higashioka , C NYY ($3,000) – With Gary Sánchez dealing with a hand injury, Higashioka is going to see more at-bats moving forward and should be a nice option on DK for a few days. The Rays are using Andrew Kittredge to start but will turn to lefty Ryan Yarbrough for the bulk of the innings. That works well considering Higashioka usually hits left-handed extremely well.

Josh Harrison , 2B/3B WAS ($2,900) – The veteran infielder is batting fifth today against Madison Bumgarner and his 11+ ERA today. He got the day off yesterday but had hit safely in five-straight before that, four of which he had multi-hit performances. He should definitely be a big part of today’s Nationals hit parade.

Starlin Castro , 2B WAS ($2,500) – Another super low-priced Nationals player sitting in a prime spot against MadBum and a weak Arizona bullpen. Yes, please!