Category Impact: All Saves Are Not Created Equal 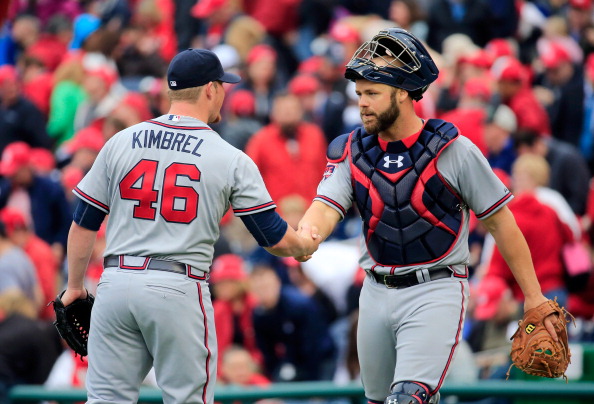 Welcome to the second installment of Category Impact, a new feature here at Fantasy Alarm. The initial postings will concentrate upon a specific category, and for those that have asked, non-standard categories (on-base percentage, quality starts, holds) will also be covered. Once we finish our trek through the categories, the focus will shift to indentifying some under the radar players that may help your team(s) for the upcoming transaction period.

Not so coincidentally, the series of category introductions will allow ample time to pass before we can consider the current player performance in terms of real trends. In fact, the last of the introductory postings will discuss sample size with respect to category impact.

Today’s topic will be the saves category, but with a twist. If there’s one topic that doesn’t need any more coverage it is closers and their understudy in the event of injury or poor performance. Sometimes I feel the first question asked at a Presidential press conference is “<insert name of closer here> blew the save last night, who’s next in line if he loses his job?”

The aforementioned twist is the focus of this discussion is not going to be saves. Instead, the ancillary impact of a closer will be illustrated. A personal pet peeve is the cavalier implication that all closers contribute are saves. Draft strategies are designed around this presumption. Free agent and waiver requests usually solely consider the save aspect of a closer’s contributions.

Here’s the deal; all saves are not created equal. The majority of saves require three outs and the stuff that comes along for the ride is often overlooked. In short, closers can also hurt or help in ERA, WHIP and strikeouts. Furthermore, the relative number of closers that hurt or help apart from saves is growing.

Please excuse that I am not showing my work as that goes beyond the intention of this offering. Closers can be categorized as follows:

Here’s a table showing the number of closers over the past three seasons amassing at least 15 saves and where they are classified.

The biggest takeaway is the trend towards more closers HELPING the other categories and how it can hurt your squad if you don’t have a closer (or two) that aids in ERA, WHIP and strikeouts. Again, with apologies for not providing details better shared in a research piece, the number of closers that emerge into helpful roles are minimal. For every Koji Uehara that helps, there are several detrimental.

Here is one man’s opinion with respect to the classification of the current thirty closers, knowing full well several will not meet the minimum of 15 saves to be included in the above end-of-season tally for 2014.

So according to the rough ranking, the trend holds and there are quite a few closers that boost your points in ERA, WHIP and whiffs while there is also a bunch that whack you in the categories.

Latent but very relevant is there are quite a few examples of flavors-of-the-week that accrue a few saves but with terrible peripherals that can hurt your team if you happen upon several of these during the course of the season.

If it isn’t obvious by now, I don’t fall into the camp that preaches not to pay for saves. If you aren’t paying for them using draft or auction assets, you are paying for them in-season via losing points in the other pitching categories. The trend is irrefutable. All saves are not created equal.

I know, your draft is over and now you’re stuck with a crappy closer or two – where was I a few weeks ago? There’s still something you can do, assuming your league permits trading. Instead of continuing to troll waivers for saves, whereby putting your ratios in jeopardy, look to acquire one of the helpful closers in a trade, even if it is a complimentary aspect of the deal. Maybe your competitor isn’t aware of the collateral damage the lesser closers can inflict and you can add Glen Perkins or Jason Grilli while parting with Addison Reed or Rafael Soriano as a secondary part of a swap.

Heck, it’s even worth acquiring a neutral closer who may be someone’s surplus if it means you’re no longer fishing for saves in the speculative waters.

In the spirit of also providing some under-the-radar choices germane to the topic each week, here are some names to stash as possible closers.

Evan Meek: Baltimore has displayed patience with mediocre closers in the past, else Jim Johnson would not have turned in back-to-back 50 save seasons. But Tommy Hunter doesn’t have the same pedigree as Johnson and Meek was at one time tagged with the closer-of-the-future label while with Pittsburgh. The future could be later this season.

Jesse Crain: Chad Qualls actually has better peripherals than you may realize but Crain has the chance to fall into the helpful class once he’s 100 percent healthy.

Next time we’ll head back to the hitting ledger and look at home runs.