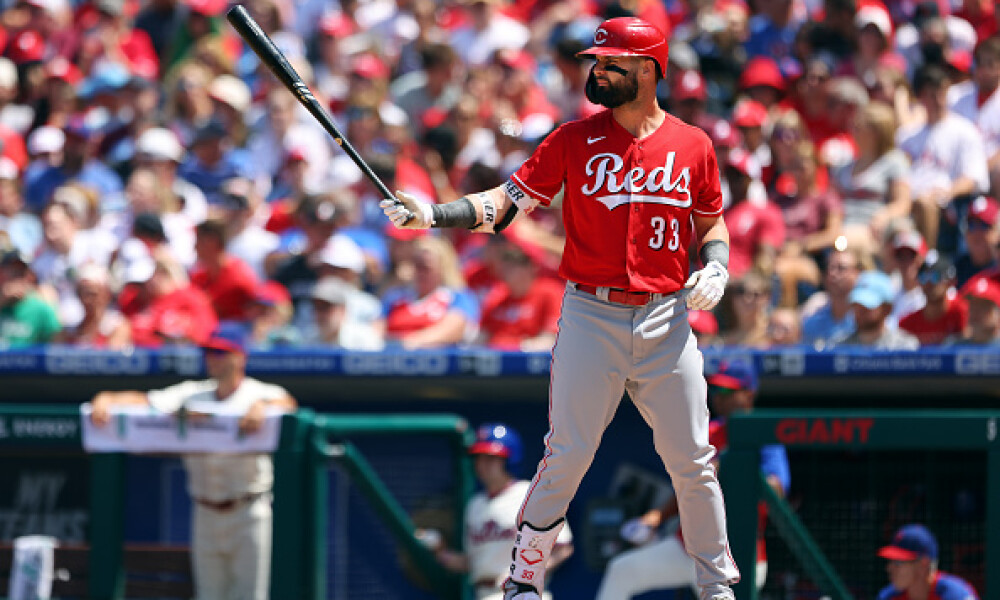 Did you have Jesse Winker and Eugenio Suárez being traded on your 2022 MLB Hot Stove bingo card? Well Jerry DiPoto of the Seattle Mariners did. The Cincinnati Reds were rumored to be a team that would be active in the trade market and they haven’t disappointed. After shipping Sonny Gray out of town over the weekend, they’ve now sent Suarez and Winker to Seattle in the latest move.

We know what types of bats Winker and Suarez are but how will they fare in Seattle, and the AL West, and who exactly did Cincinnati get back in the deal?

In the last three years, Jesse Winker put up 50 homers, 56 doubles, and a .282 AVG and .381 wOBA. That’s all fine and good in the cozy confines of the Great American Ball Park but how does that compare with Seattle? If you look at the graphic below, you’ll see that he actually gains some homers playing in T-Mobile Park as several of the doubles are now over the fence as are some of the flyouts. That’s all dandy but what about the other parks he’ll play in in the AL West? Well, Angel Stadium has actually been a top-five park in Park Factors for hitters the last few years and it’s not as if Houston isn’t a good hitters park as well.

Over that same three-year span with Eugenio Suárez, the first thing that’s come to mind is the power he’s shown. The guy hit 95 home runs including a 49 homer year in 2019. The problem for Suarez has been the dropping batting average; all the way down to .198 in 2021. Along with that his BABIP over the last two years has been about 100 points lower than what it was previously in his career which is a bit telling, as is the drop in wOBA. Perhaps the change of scenery and getting more pitches to hit will improve the average without causing him to lose the power. The image below is an overlay of his batted balls from the last three years put on the outline of T-Mobile Park. Just like his former, and still current, teammate, he gets a slight boost in Seattle.

The lineup in Seattle also figures to be deeper than what the Reds had in their starting nine, and that was even before Eugenio Suárez came over in the deal as well. If you check below, the presumed lineup for the Mariners, courtesy of Roster Resource, is a very deep squad and it doesn’t even include guys like Abraham Toro and Dylan Moore either. This lineup nearly put the Mariners in the playoffs last year without Winker and Suarez, so now it’s possible that they are a favorite for a top AL Wild Card spot, if not a candidate to win the AL West.

For their part in all of this, Cincinnati is receiving an MLB-caliber bat in Jake Fraley, a still-to-be-realized arm in Justin Dunn, and a pitching prospect with some interesting upside in Brandon Williamson. Williamson might be the most intriguing one of the package as he draws comps to a young Blake Snell with four plus-pitches and a very good strikeout rate. In 98.1 innings between High-A and Double-A in 2021, he struck out 38-percent of hitters while posting an ERA in the low threes with a FIP and xFIP that were both lower. Fraley has pop in his bat and is a plug-and-play outfield option while Justin Dunn has been trying to sort out if he’s a starter or reliever since being traded in the Robinson Canó deal a few years ago.

All in all, while T-Mobile Park isn’t known as being as good of a hitter’s park, the lineup help, the rest of the division, and the smaller confines should actually slightly boost both Jesse Winker and Eugenio Suárez’s fantasy value for 2022. The return was so-so for the Reds but the meat of the deal is clearly in favor of Seattle overall.