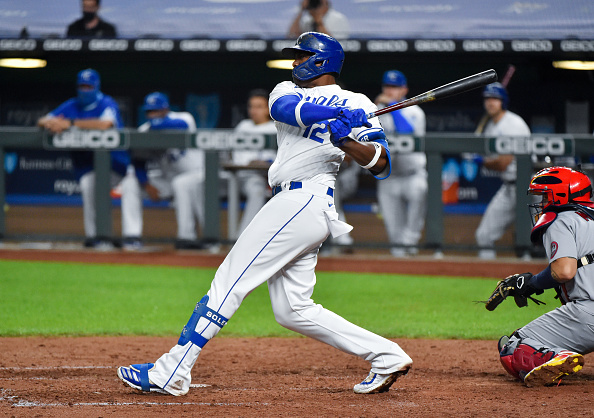 As we get closer to the 2021 Major League Baseball season it is kind of a surprise that we still don’t have in place yet whether or not there will be a universal DH in both the American and National Leagues. Make no mistake about it, if for some reason they don’t agree on it this year, this is inevitable. And honestly, I completely expect it to be adapted this year. It just makes too much sense on both sides. For the players it prolongs careers for guys who have gotten a little up there in age and have lost a step but can still hit the ball. It also helps those guys who made the Majors for their bats to potentially have a home in either league where they might be limited to the American League in the past because of their liability with the glove. It also adds another potentially high-priced salary guy on all National League teams, which the player’s union has to love.

On the owner’s side it is not only more exciting and brings more scoring to the game which fans obviously love, but it also stops pitchers from getting hurt from getting hit by pitches, pulling a muscle coming out of the batter’s box, or any injury running the bases. It also helps the pitchers get some extra rest as they don’t have to come to the plate every ninth batter. And let’s face it, outside of Madison Bumgarner and a few others, pitchers generally are terrible hitters, rally killers. National League pitchers often pitch around the eighth hitters because they know the opposing pitcher is an easy out.

If you are a purist, brace yourself because this is just a matter of time. However, what does this mean for fantasy baseball? Mostly it increases the player pool of viable options because now there are 15 more hitters that are going to see regular at-bats who might have been part-time players or not many plate appearances at all. All of your leagues just got slightly deeper. In ten-team leagues this might not be a major factor, but for those who play in 12 or even 15-team leagues this could have a pretty decent impact. Let’s take a look at some of the players who would see their value take a generous increase if/when Major League Baseball and the player’s union agree on this change.

Aristides Aquino , Cincinnati Reds - He was absolutely awful last season but still had 19 home runs in just 56 games in 2019. With Nick Castellanos , Jesse Winker , and Shogo Akiyama holding down the outfield at-bats most of the time, Aquino has little chance to have fantasy impact without the DH. He did have three 20-home run seasons in the Minors, so the power is legit. The question is whether he can actually hit Major League pitching on a regular basis, but that question won’t even come into play unless he can hit without playing the field. 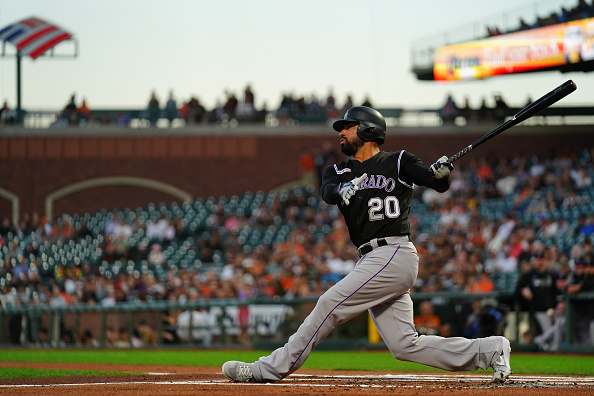 Ian Desmond , Colorado Rockies - He opted out last year and he isn’t the hitter he once was, but Desmond still has pop in his bat as he has had 20+ home runs in his last three fully healthy seasons. He also could face competition for DH at-bats with Brendan Rodgers and Garrett Hampson but with his salary and power potential I would think he would get first crack at it. He didn’t run in 2019, but Desmond also had double-digit stolen bases in every other season of his career as well giving him a little added value. He is certainly on the decline, but not having to play the field would be a huge boost to his attempt to stay healthy and his chance at nearly every day at-bats. He is exactly the kind of player that benefits most from the DH and he could have more fantasy relevance if that is a real thing in the National League this season.

Gavin Lux , Los Angeles Dodgers - He certainly was a colossal disappointment last season as the Dodgers held him to the alternate site for much of the season, and then Lux had almost no impact when he did make the Majors. However, he had back-to-back double-digit home run and stolen base seasons in 2018 and 2019 and has consistently hit over .300. Lux would have to unseat Chris Taylor on a path to regular at-bats in 2021, and while that doesn’t seem like a daunting task, he is likely to be in a platoon unless he starts hot or there is a DH. We all were salivating over the thought of Lux after the 2019 season and he is still just 23 years old. The designated hitter would give Lux a real shot at 500 at-bats.

José Martínez , New York Mets - He was actually 0-for-21 in ten games after landing with the Cubs last season and wasn’t that great in his time with Tampa Bay either, but the guy has some power potential. He is an absolute embarrassment on the field, so the Mets likely brought him in with the thought of the DH sticking in the National League. Martinez had 17 home runs in 2018 with the Cardinals and had double-digit dinger seasons in 2017 and 2019 when he only had about a half season worth of at-bats. He certainly isn’t someone to think about on draft day unless you are in a deep, competitive league or an NL-only format, but he has a chance to put several baseballs in the stands and that always brings value in fantasy leagues.

Jake Cronenworth, San Diego Padres - He could get at-bats at a bunch of different places, but right now one of the darlings of 2020 doesn’t have an easy path to 500 at-bats. He has a little bit of pop and some speed as well as generally hitting for a solid batting average. While the Padres also just brought back swiss-army knife Jurickson Profar and signed KBO star Ha-seong Kim, at-bats are going to be hard to come by for a Padres team that is stacked from top to bottom. Cronenworth would certainly be a guy who would be able to show off his 20-20 potential if the National League were to keep the DH for 2021 and beyond.

Evan Longoria , San Francisco Giants - The guy still has some pop as he hit seven home runs in 53 games last season and 20 in just 129 games in 2019. Sure, it seems like he is pushing 50 years old and his body doesn’t hold up like it once did, but Longoria can still hit even if the batting average isn’t what it used to be. The problem is the Giants just signed Tommy La Stella and that really crowded their infield. La Stella could also play second, but Donovan Solano was solid there last season as well. It seems that Longoria would have a real shot at 500 at-bats, and staying healthy all season, if the senior circuit would stop letting the pitcher hit. 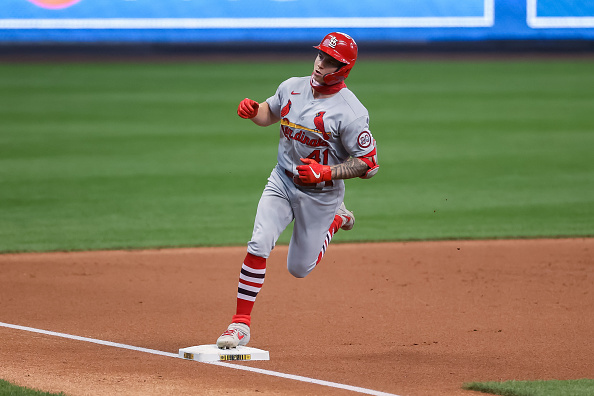 Tyler O'Neill, St. Louis Cardinals - The Cards seem to like Harrison Bader ’s defense in center field,  they’re stuck playing Dexter Fowler because of his contract, and rightfully are in love with Dylan Carlson. While he is likely to get 250-300 at-bats even if there is no DH, O’Neill would seem to be a great option on days he is not in the outfield. He had two 30-home run seasons in the Minors and two others with more than 20 long balls. He strikes out too much and he hit under .200 last season, but it was an odd year and there is no doubt that O’Neill can be a potent hitter at the highest level. He would be a great add if one of the outfielders were hurt without the DH, but if the lineups take the pitchers out, O’Neill could have end-of-draft value in 12-team leagues.

Ryan Zimmerman , Washington Nationals - The Nationals traded for Josh Bell this offseason, so the time for Zimmerman to be a starter there has come to an end. He is also 36 and has had injuries the past couple of years, but he did opt out last season, so that was a full year of rest for his body. He had 13 home runs in 2018 in just 288 at-bats and 36 long balls in a full 2017 year. That kind of output is unlikely, and he isn’t exactly kind to your batting average at times. With the Nationals adding Bell and Kyle Schwarber , Zimmerman isn’t likely to hit very high in the lineup, but he still should get ample opportunities to drive in runs in a powerful offense.

Isan Díaz, Miami Marlins - Let’s dig a little deeper here. A fairly exciting prospect in the Diamondbacks, Brewers, and Marlins systems, Diaz has shown a nice speed/power combination that excites fantasy baseball players. It has been more power than speed, but who would complain about that? However, a funny thing happened when he hit the Majors. Diaz seemingly has forgotten how to hit. He opted out but then came back and played just seven games before an injury ended his year. However, he had just four hits in 22 at-bats and had just a .173 batting average in 2019. So, you are thinking, Hallam why in the world would we even consider this bum? Well, the guy had five seasons in the minors with double-digit home runs, two of which were over 20 round trippers. He is just 24 years old, and he doesn’t strike out at a ridiculous rate. I’m not saying draft this guy. I’m saying remember his name. He has talent, and if the National League keeps the DH he has a real chance of getting regular at-bats and he could work out whatever has gone wrong with him lately while not having to play the field. He is a guy to monitor to start the season and see if his talent comes through in 2021.