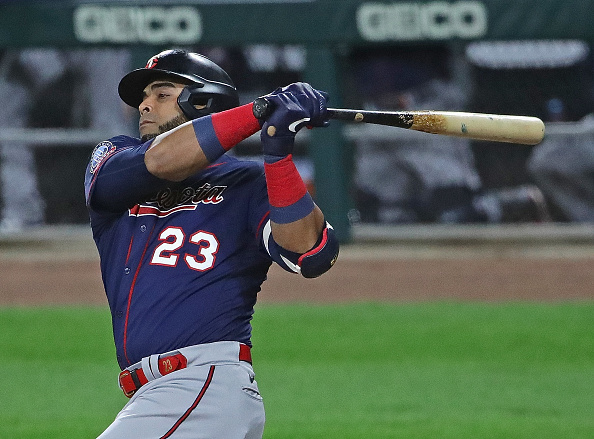 After an offseason of consternation, Nelson Cruz agreed to a one-year contract returning to Minnesota keeping the "Bomba Squad” intact. Part of the reason for Cruz returning to the Twins, the team's belief in providing him rest to keep him healthy over a full season. Cruz thrived under the circumstances of the truncated season hitting 16 home runs with 33 runs and 33 RBI, hitting a robust .303/.397/.595 in 53 contests during his Age-39 season. With this in mind, Cruz enters his Age-40 campaign rejuvenated but may receive a day off weekly to maintain his health.

What can fantasy owners expect from an aging slugger? It remains uncertain but taking a look at the top home run totals for an Age-40 or older season through the years reveals six with 20 or more in a season with an average of .275 or better courtesy of Baseball Reference:

Accounting for his 2020 year, Cruz recorded an 11.7 walk percentage, 27.1 percent strikeout rate, .292 isolated power and .411 weighted on-base average. Not too much to be wary of. However, beneath the surface statistics, Cruz finished with his highest swinging strike percentage since 2009 (14.9 percent), his lowest contact rate of the same year (68 percent) and the highest O-Swing percentage of his career (33.8 percent).

In terms of discipline, Cruz swung at pitches in the strike zone slightly less while keeping his zone contact stable. His swing percentage rose 1.4 percentage points and whiff rate also grew by 1.7 points last season. Most concerning, Cruz's spike in ground ball percent to 47.2 up almost seven percent. He hit fewer fly balls (down 8.3 percent) but produced a 30.7 percent line drive rate. Nice, but his solid plus barrel percentage finished at 18.9 percent in 2020 versus a 28.2 percent combined rate in 2019. It may be a small sample size or a sneak preview of things to come. As for his power, Cruz launched 16 home runs with 11 rating as no-doubters (68.8 percent) meaning they'd be a home run in any major league park. This remains a staple of his skill set.

Expanding his sample size, Cruz surged from the second half of 2019 through the end of 2020 as seen in his overall numbers:

During this time frame, Cruz ranks second in home runs, tied for fourth in RBI, third in isolated power (ISO), fourth in batting average and first in weighted on-base average (wOBA). It's also tough to ignore his statistics since joining the Twins over the last two years:

For the visual crowd, here's his spray chart displaying all of his fly balls and line drives since 2019 courtesy of Statcast:

As hitters age, they may be a little late on fastballs but his power to the opposite field can buoy his home run totals going forward, especially when viewing this same data in heat map form:

Before exploring his projections, taking into account his last three years’ results help build his foundation:

Again, Cruz ranks well against his peers with the third-most home runs, tenth in RBI, third in isolated power and eighth in wOBA. It also absorbs his last year slash in Seattle of .256/.342/.509 in 2018. It's apparent the projection systems do not overlook this when weighing his age and decline in Statcast indicators last season:

If taking Cruz, be sure to plan on a reduction of games played overall and observe how each system forecasts a drop in his batting average. Could Cruz beat this part of his projection? Absolutely. Especially when referencing the chart from Baseball Reference above. Age effects each player differently so it bears watching. Paying for 30-plus home runs and hoping for an average at his .285 last three rate may represent his 80th percentile but this line gets tighter as each season passes. Still willing to take Cruz at his price point but heed the indicators from 2020 for his baseline.

THE BAT X and THE BAT courtesy of Derek Carty